It’s starting to get fun when you build a catalog of photos over a long time.

The two photos above are from the Boylan Avenue Bridge with one photo taken in September 2007 and another September 2018. Over 11 years, things have filled in just a bit.

In the foreground, Raleigh Union Station has really made the Boylan Wye look cleaner with a lot of that overgrowth being pulled out. With such an odd space to develop, I’m hoping for the day that new streets and buildings can just be built on top of all these railroads tracks to create new downtown spaces.

The Dillon is front and center no doubt when seen from the Boylan Avenue bridge. Around it, Citrix really presents a new view of the warehouse district from the bridge.

In the distance, the southern end of Fayetteville Street is mostly the same as the Marriott Hotel, while still under construction, was topped off in 2007. One exception might be the Residence Inn and the Justice Center is there but can be easily missed.

It’s fun to look but a well-formed skyline isn’t at the top of my list, sidewalk experiences are my numero uno, but it’s fun to take a look at how our downtown core is changing in its built form. Enjoy the photos and come chat about it on our community. 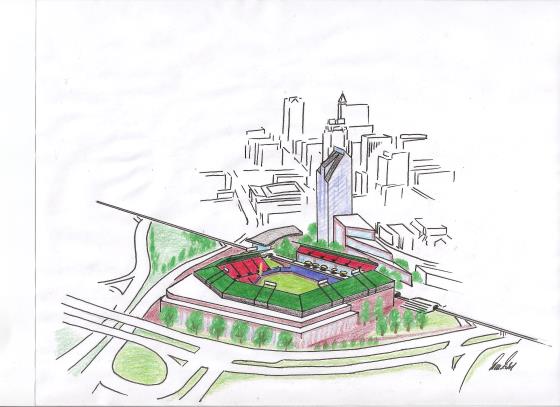 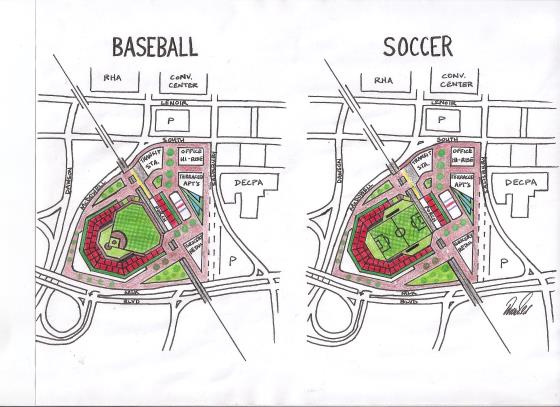 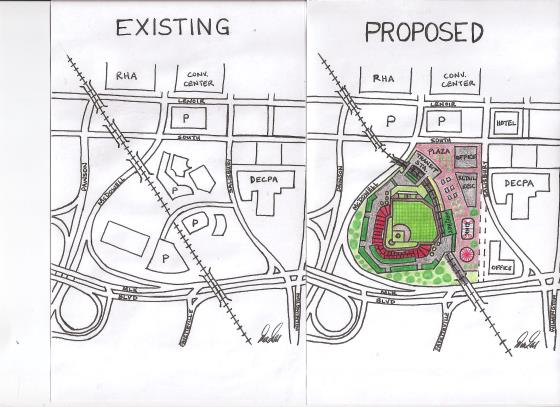 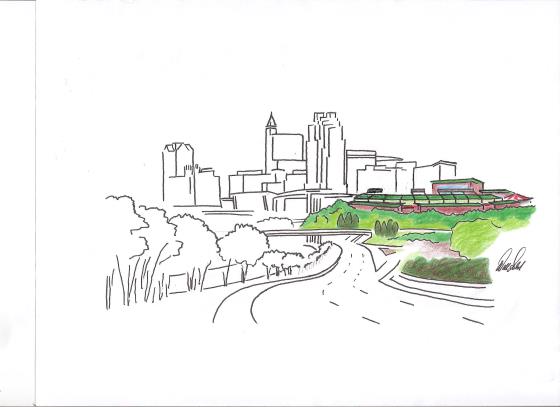 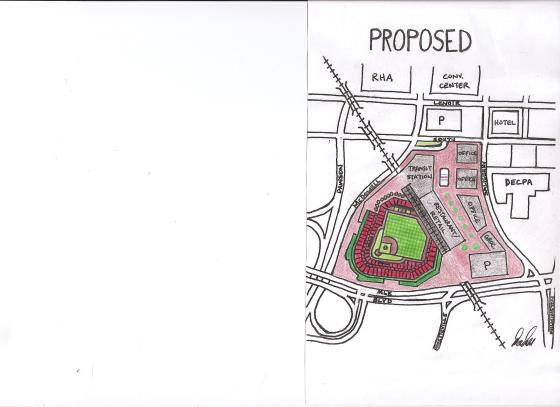 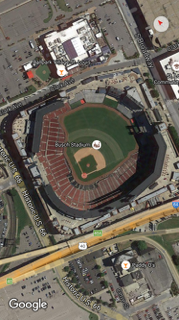 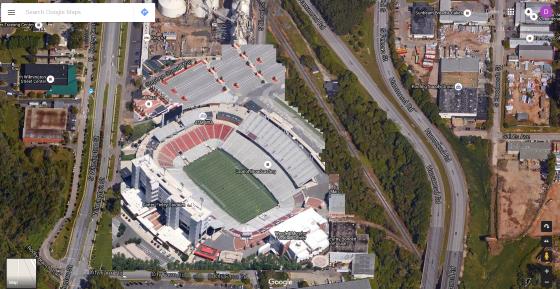 There has been plenty of conversation about a variety of topics lately and I try and group them together to relevant posts on the blog. For this week, I’m throwing up an anything goes post as we wind down to the end of the year.

You know the year is almost over in Raleigh when…..

Link – Click here to listen on SoundCloud – This is Raleigh: Leo Suarez

Embedded and linked above, you can listen to my interview on “This is Raleigh”, a show hosted by Ben McNeely that plays on Little Raleigh Radio. I enjoyed talking to Ben about transit, parking, and this blog. Make sure to follow the show going forward.

Speaking of radio, Little Raleigh Radio has started streaming their feed online while they wait for a chance to create a low-power FM signal. Make sure to give them a try and see if there’s something that interests you.

If you have a smartphone, the feed can be added using some helpful apps. For iOS devices, give FStream a try. I’m using ServeStream on my Android phone and the feed comes in just fine.

Here are two links to get their stream, whether it’s in a phone app or your browser. 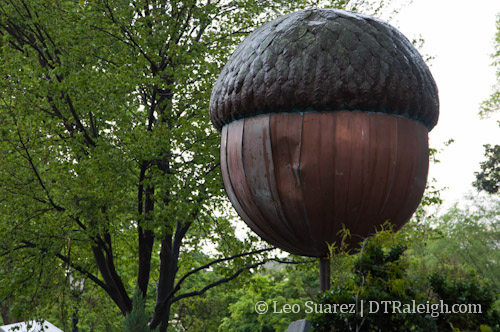 Blogging has been slow but work continues behind the scenes on a new project for the website. This I hope to share within a few weeks and hopefully gets the ball rolling. In the mean time, here’s a topic for everyone to discuss over the weekend.

If you didn’t know already, the acorn in Moore Square was damaged during the tornadoes in April 2011. A few weeks ago, the council approved some money to repair it so that it could be used at First Night, downtown’s New Year’s Eve party. Could it actually have been a good idea to leave the damage in the acorn as a way to remember the tornadoes of 2011? After the trees in the cemeteries are finally cleaned up, the acorn would have been the last thing to remember this event by.

One city councilor was thinking about this back then.

Do we fix it, or leave as-is in remembrance, like the Liberty Bell? @dtraleigh: NO! The acorn's been dented! http://t.co/Jg1p3k5 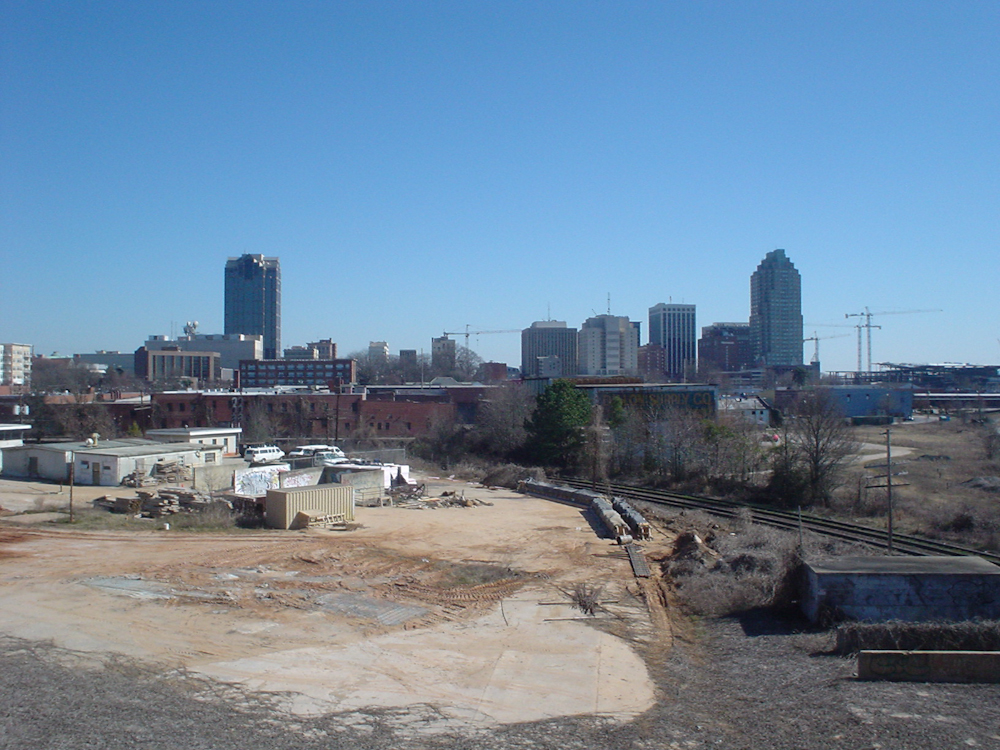 The Raleigh skyline from the Boylan Bridge in February 2007.

RBC Plaza may be the tallest structure in Raleigh but RalCon has it beat with age and wisdom. Today four years ago, this blog started and has been steady ever since. Downtown Raleigh has plenty of stuff going on and those paying attention should know that there is always something to talk about.

My biggest disappointment is not having enough time to really take this blog further and carry out my ideas. Slowly, it will all happen.

The support of the blog has been great and I want to thank every reader for following. The blog generates no money and there are no plans for ever monetizing it through advertising. For those interested, I’d like to share some visitor statistics.

I seldom get e-mails with questions or comments for me and “my authors”. It is funny to me that some think there is a crew behind the website but let me assure you that this is a one man show. If you are interested in contributing however, get in contact with me and we can work something out. As long as your writing is relevant to downtown Raleigh, there is room for it on RalCon.

In 2011, my goal is to push the RSS subscribers up past the 1000 mark, even with my modest personality and no desire to market this thing.

Thanks again for following. 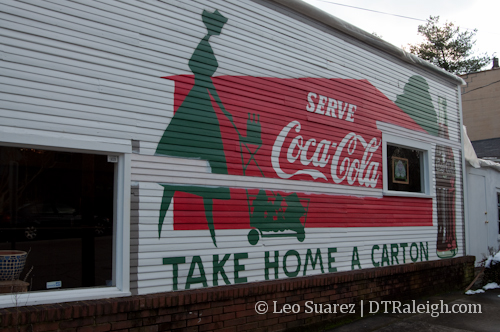 I had taken a picture of this Coca-Cola ad on one of the walls along Lane Street back in 2007. I now have the touched up version. Which do you prefer?

While not necessarily the best photos that have appeared on the blog, these three make for great desktop wallpaper. I’ve used them myself and now want to share them. I’ve included multiple versions of the most common screen resolutions used by readers of RalCon, gathered by the power of analytics, as well as the original version if anyone would like to play with it. Enjoy!

You are free to do what you want with the images at a personal level. Please respect my Creative Commons license (non-commercial, attribution) if using them on the web. Thanks. Click on the photo for a larger preview. 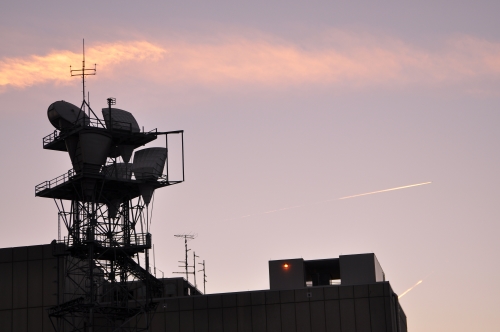 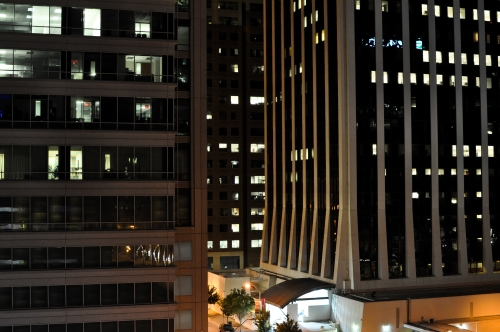 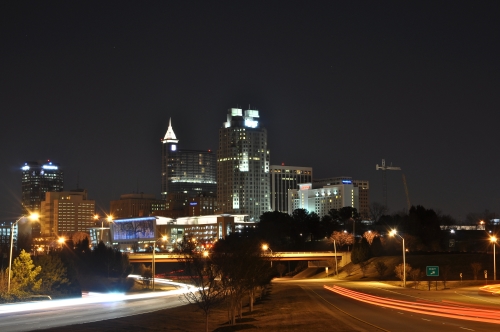 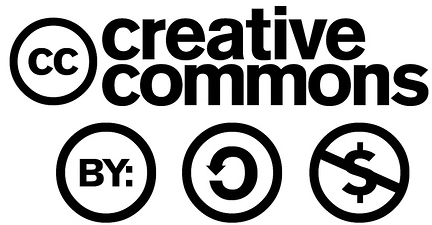