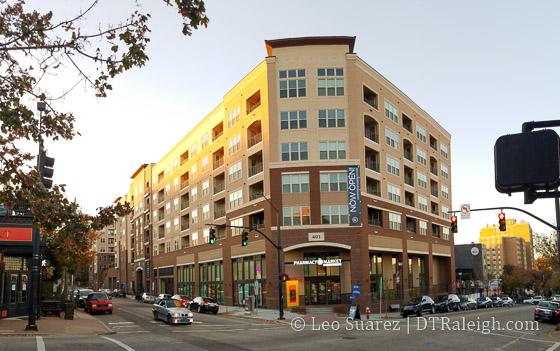 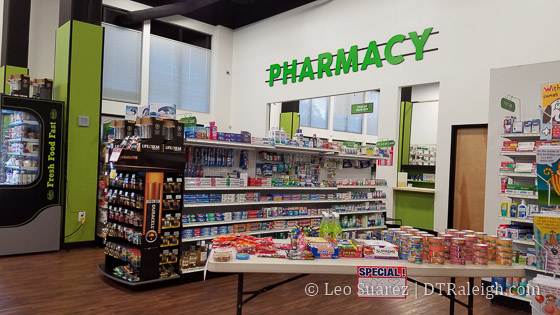 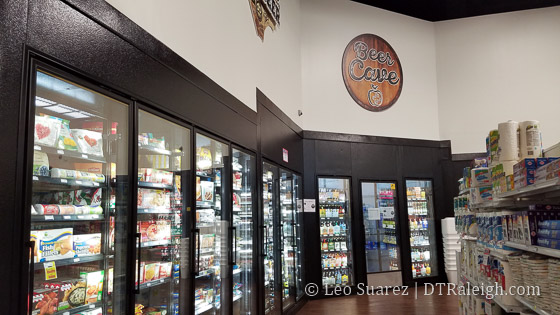 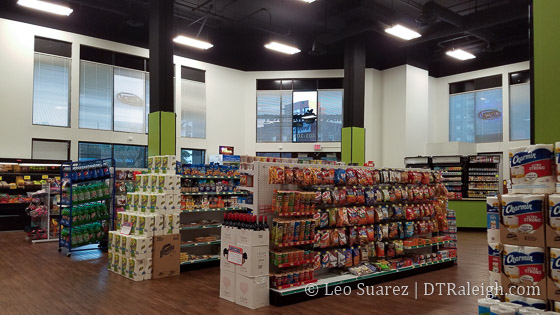 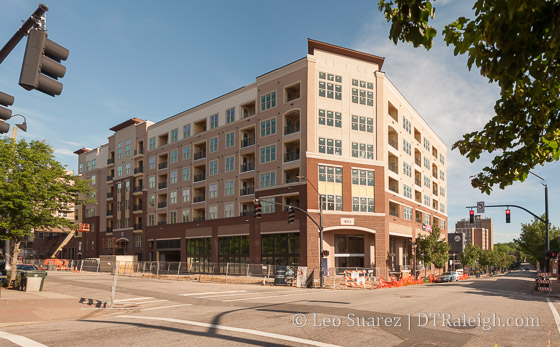 The Gramercy Apartments in Glenwood South is marching along and is planning to open in late June. In addition to the apartments, the retail space at the corner of Glenwood and North Street will have a grocery store and pharmacy. The plan is to open that close to the building’s opening so work inside that space is taking place now.

As always parking will be a concern to most folks but there is a plan for that. The parking lot across North Street, behind the building with Plates, Sushi Blues, and Thaiphoon, will be converted to a public lot run with Passport Parking. The first 30 minutes are free and you can use it any time for stopping by in the area.

It’ll be great to see some real resident-based services like this. The 7,000 square-foot grocery, the entirety of the retail space in The Gramercy by the way, will also have weekend farmer’s markets. 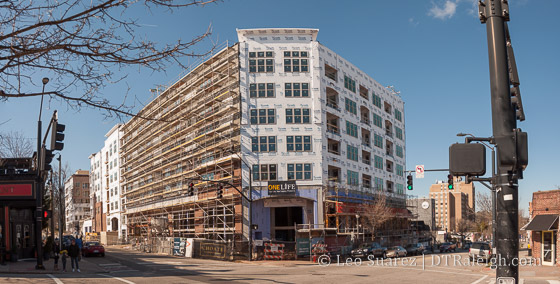 The Gramercy Apartments in Glenwood South is taking shape for their projected Spring 2016 opening. There isn’t much info posted yet but their website, as of today, allows you to sign up for future emails.

It’s not confirmed but I’m putting my money that the reported Glenwood South pharmacy (see tweet below or here if you can’t see it) is going here. Just a guess though. 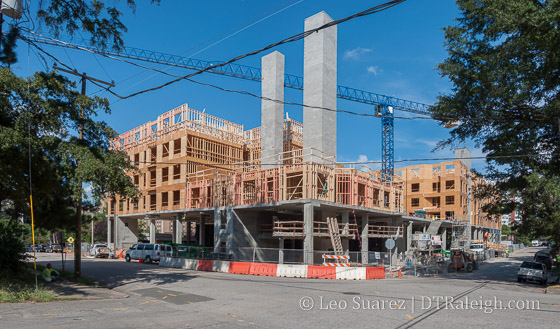 Corner of North and Boylan

Along North Street in Glenwood South, the apartment project The Gramercy is really taking shape. There will be over 200 units here and atypical of most four-sided apartment buildings that we’ve seen, the parking deck and interior courtyard have a slightly different layout.

It looks like the main courtyard will be open to North Street about mid-block and the parking deck will take up some of the first and most of the second floor. Living units are mostly on the third and upper floors. 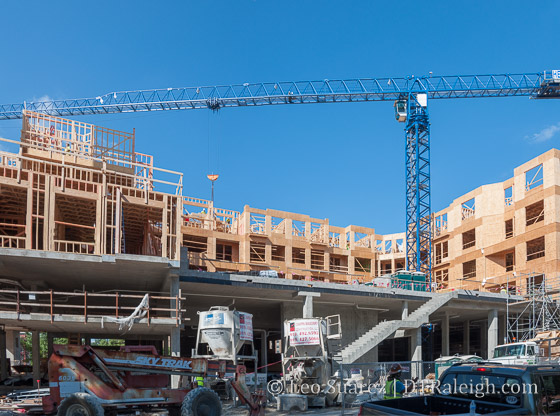 Retail spaces on the ground floor face Glenwood Avenue and wrap around down North Street but not for the entire block.

There is still a lot of work to do here so we’ll keep watching this project go up.

Corner of North and Glenwood

The Gramercy coming out of the ground at the corner of Glenwood and North Street.

Kind of following up on a recent post about the upcoming apartment project, called The Gramercy, here is a photo of the corner of Glenwood Avenue and North Street. The site has been cleared of the former buildings and is ready to start construction.

A project that has been a long time in the planning stages, since 2011, may soon start construction. The site for The Gramercy apartments along North Street is being cleared for the future apartment building. This involves demolition of the church at the corner of Boylan and North as well as the office building at the corner of Glenwood and North Street.

If the site plan hasn’t changed since we talked about it in 2011, the building will have 209 units and ground-floor retail all along Glenwood and some of North Street. 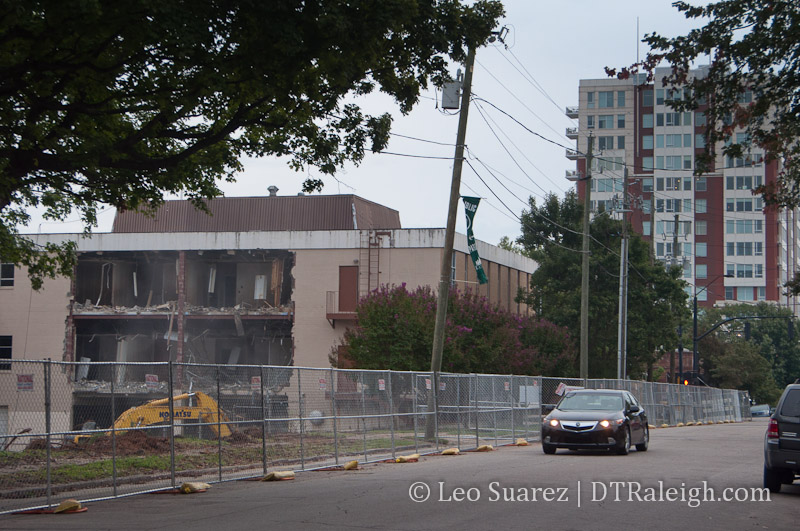 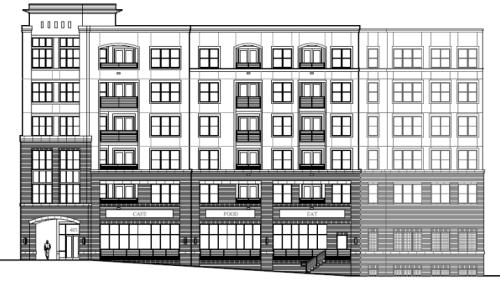 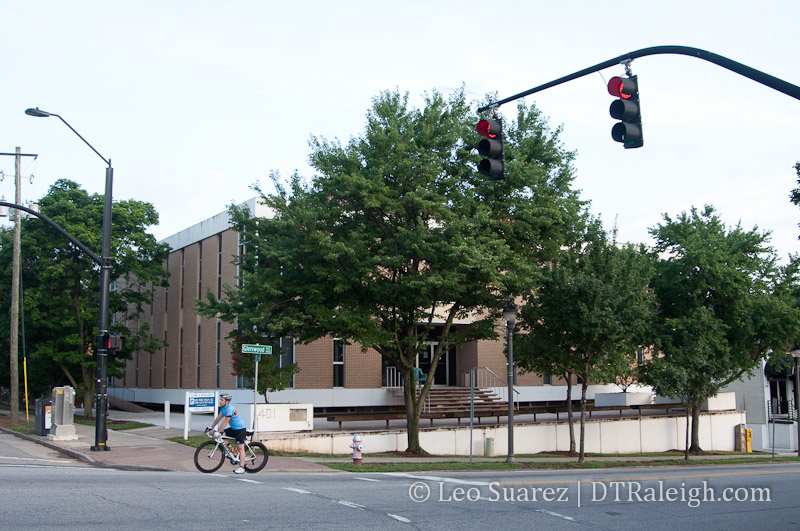 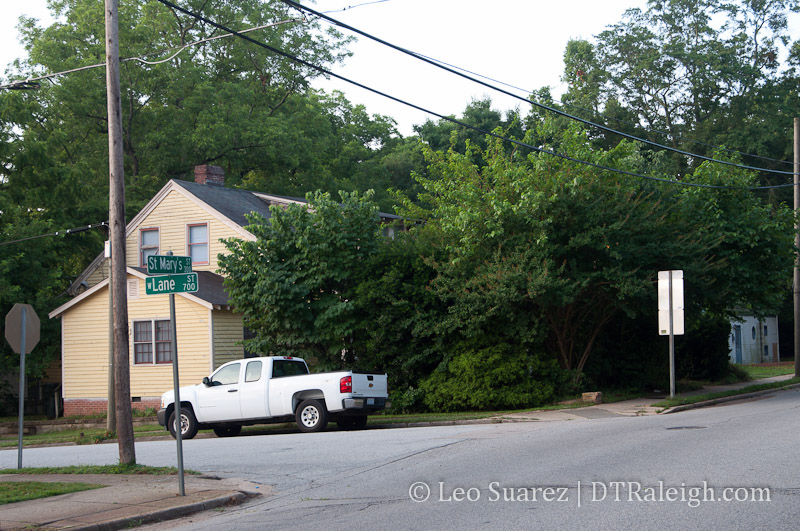