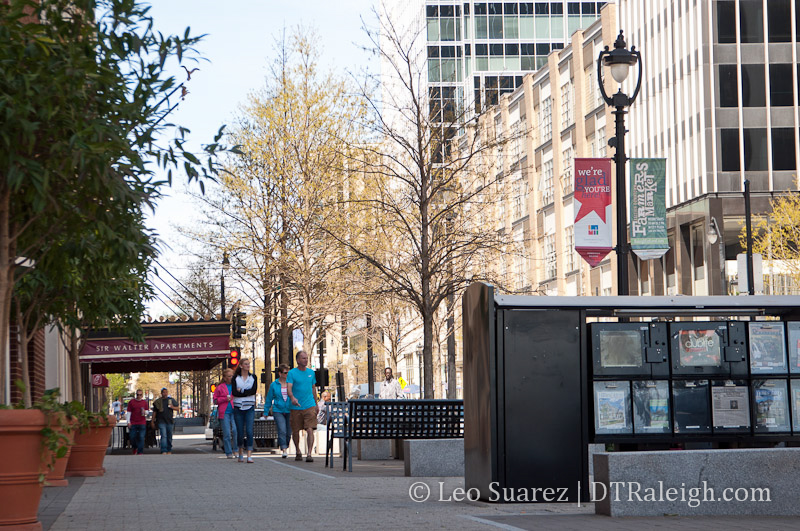 Long time readers may remember when I wrote up a walking tour on downtown Raleigh. I took that down last year because lack of maintenance and neglect basically made it fall apart. Well, I’ve freshened up the tour and am now ready to relaunch it.

The tour is simple and has ten stops up and down Fayetteville Street and between Moore and Nash Square. Visitors and new residents to Raleigh may enjoy the tour to “get their feet wet” with downtown as well as see some other spots for later visits.

The tour’s website is mobile ready so if you have a smartphone, there’s no need to print it out and no need to download an app. Just load the page and start walking. 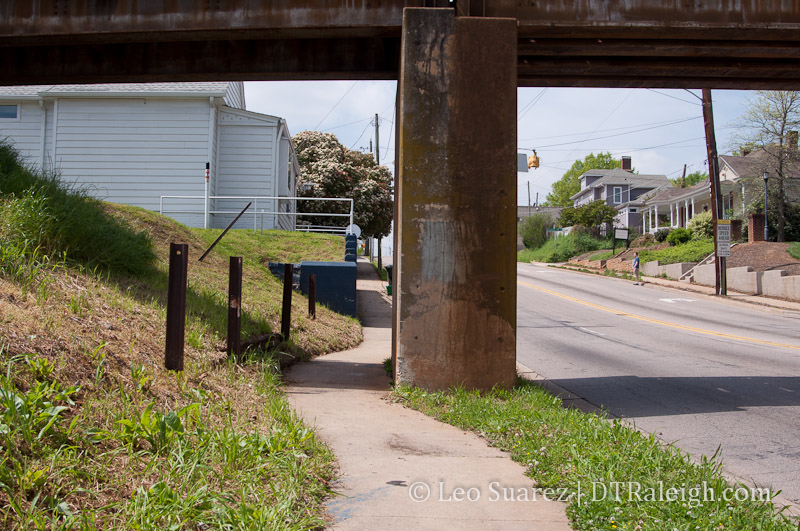 END_OF_DOCUMENT_TOKEN_TO_BE_REPLACED

Matt Tomasulo and his Walk Raleigh signs have been accepted as a gift to the city. The signs brought international attention to Raleigh and after some time had to be taken down because of the lack of a permit. Still, the signs made their statement and some will be put back up for a 90 day pilot program.

Last month, city staff was authorized to apply for a Transportation Investment Generating Economic
Recovery (“TIGER”) grant for a component of Union Station. The NCDOT and Triangle Transit are helping with the application too and have come up with this financial breakdown:

This puts the city’s cost at $7 million. Remember, that last year $3 million was approved by voters in the Transportation Bond. So the remaining $4 million will have to be worked into next year’s budget cycle. This move helps the grant application.

John Odom voted against this stating concerns about the cost while the rest of the council approved.

The city’s Passenger Rail Task Force stopped by to endorse the locations of the commuter rail stations in Raleigh. Those four being at:

You can read about more about this as well as light rail and buses at the Transit tag link but for the best wrap up of the commuter rail plans jump to, “Transit, Commuter Rail, and More, We Dive Into The Docs.”

The council approved this unanimously. 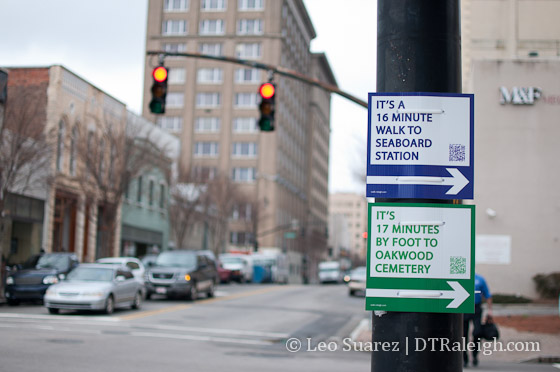 The Walk Raleigh project is brought to you by the good folks at CityFabric. Their latest tweet is interesting, with an equivalent Facebook post mentioning more permanent signs.