The groundbreaking of city plaza will be very soon and there are signs of work happening just beyond the planters that dead end Fayetteville Street’s 400 block.

Construction fencing around the area 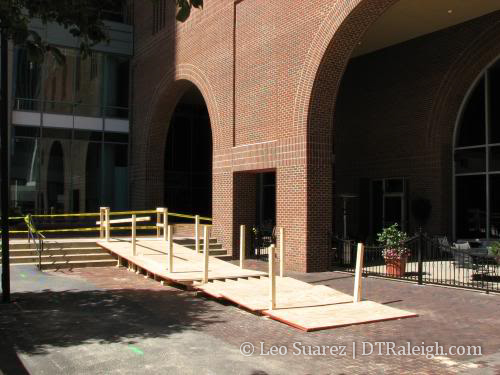 Temporary pedestrian walkways are being put in place

The plaza will finally finish off Fayetteville Street and car traffic will freely flow from Morgan to Lenoir. The plans on the city’s website do not show any parking on this block and that will help create a lively area with pedestrians. I’m hoping that the street is also flush with the sidewalks as that will also make the area feel like it is more for foot traffic.

I find it interesting that plans for street concerts are still being considered for city plaza. Is this really needed after it is completed? I propose that concerts on Fayetteville St. be moved up one more block to what is referred to as Sites 2 and 3; the parking lots between Lenoir and South St. in front of the Performing Arts Center. Are the couple hundred spaces here really needed when, upon completion, the 1500+ spaces underneath the Marriott and Charter Square will be available soon? Do not forget the convention center parking deck and Progress Energy parking deck too. 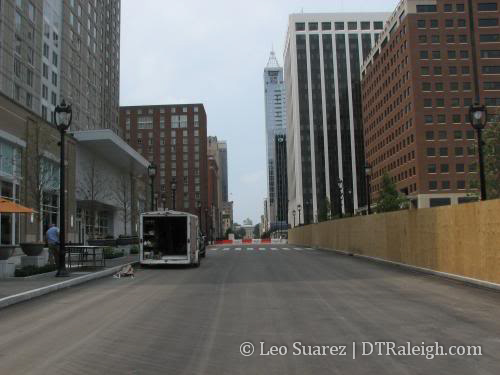 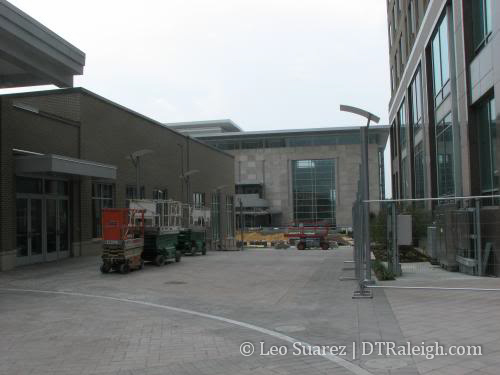 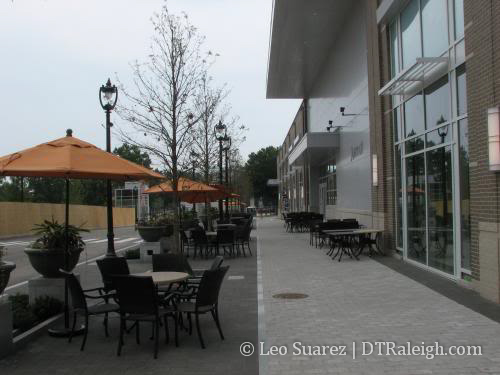 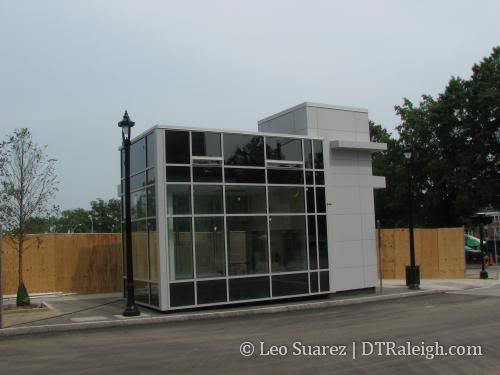 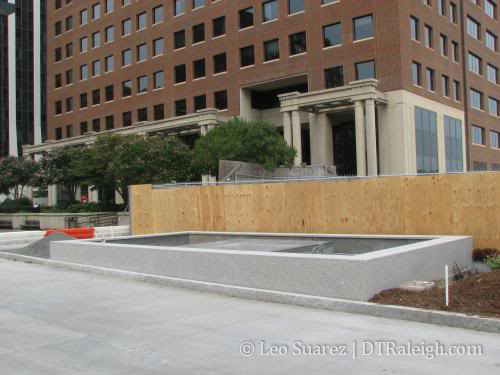 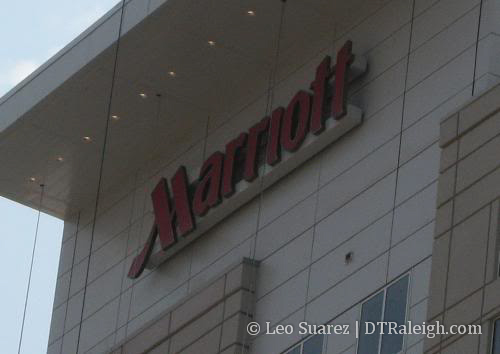 The Marriott hotel’s website says that it will be opening in July. This is approximately one month before the convention center is set to open during Raleigh Wide Open III. I think it is safe to assume that Fayetteville St. will be finished if they plan to open next month. Cars will need access to the round lobby driveway on the newer section of Fayetteville St. The parking deck underneath will also need to be finished and access to it is on Lenoir St. so construction there will have to be completed. This works out well because the hotel will have some time to get things up and running before the first convention even starts.

I am very much interested to see what will end up in the “coffee shop” and “restaurant” space on Fayetteville St. according to this floor plan. 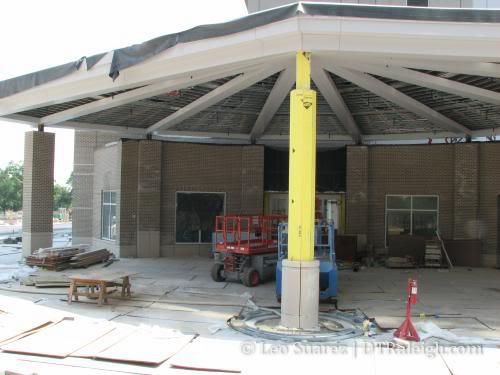 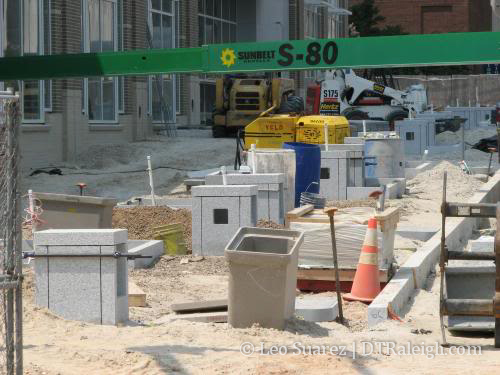 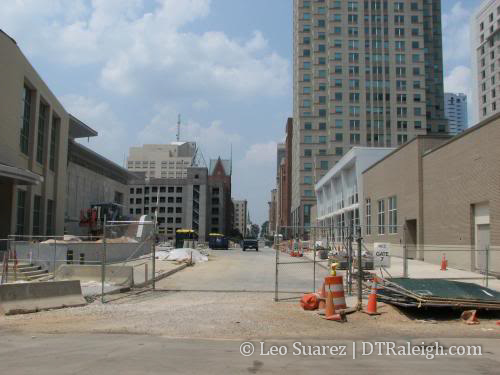 Anxiously waiting for Salisbury St. to open up

The space next to the WTVD studio on Fayetteville St. has now been taken over by Sono, downtown’s newest sushi restaurant. The owner and I shared a couple common interests; we both are not into sushi and are excited about being downtown. The food seems to speak for itself however. I was out last Friday with a group of Campbell law students and they all gave the sushi two thumbs up. Make sure to check out their website if sushi is on your mind this weekend.