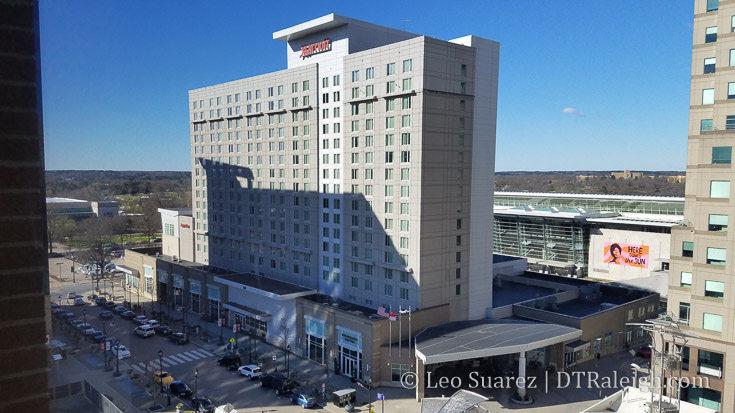 I recently was having a conversation about downtown Raleigh hotels with some out-of-town coworkers. That got me thinking that it’s a good time to take a look at the current and upcoming hotel options to see how things are coming along. This is more of a wrapup post and I don’t have anything new to share.

Here’s the TLDR. Let me know if I’m missing something so we can make this list complete.

Of the currently open list, the Residence Inn opened as recently as Fall 2017. In the last ten years, we’ve watched the Marriott and Hampton Inn go up. Can any readers date the Sheraton and Holiday Inn? Days Inn? They predate the blog as well as predate the downtown Raleigh revitalization of the 2000s that came from the Livable Streets plan of 2003. 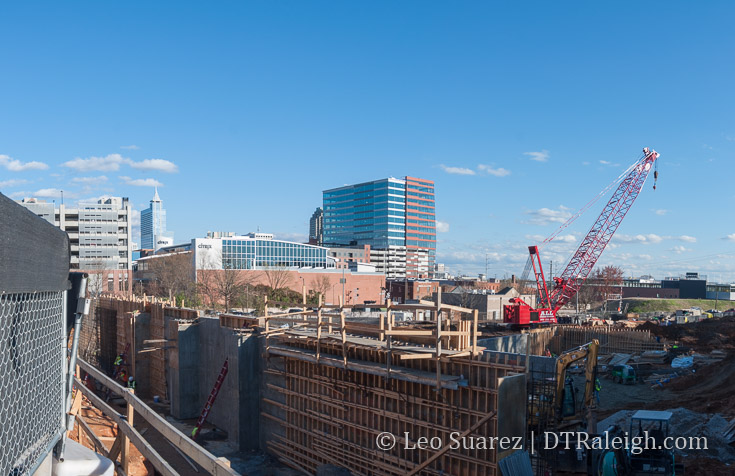 Construction of The Origin Hotel on Morgan Street. March 2018.

Across the street from One Glenwood is the construction site, seen above, for the building’s parking deck. Plans call for an Origin hotel on top of the deck. I put this in the Under Construction category but I certainly could be wrong as the parking deck is certainly underway. I’m not sure if the hotel may come later or crews are planning for it now. 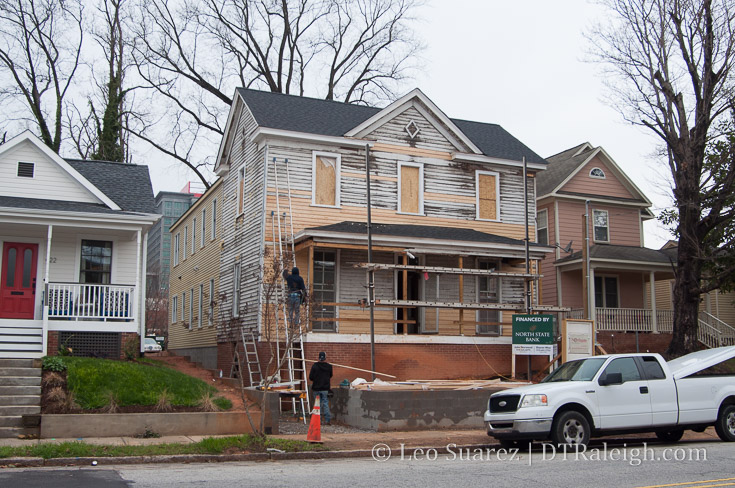 I know that I’d love to see boutique hotels popping up around the periphery of downtown Raleigh so am excited to see Guest House Raleigh come along on Bloodworth Street. If successful, hopefully, others try their own take on the smaller, more personal stay in downtown.

Most of the upcoming hotel projects have been quiet, some for over a year now. The Willard seems to be moving through the process and the rezoning case for the boutique hotel on Peace is currently going through a public hearing. (at the developer’s request)

Let me know if I missed anything.