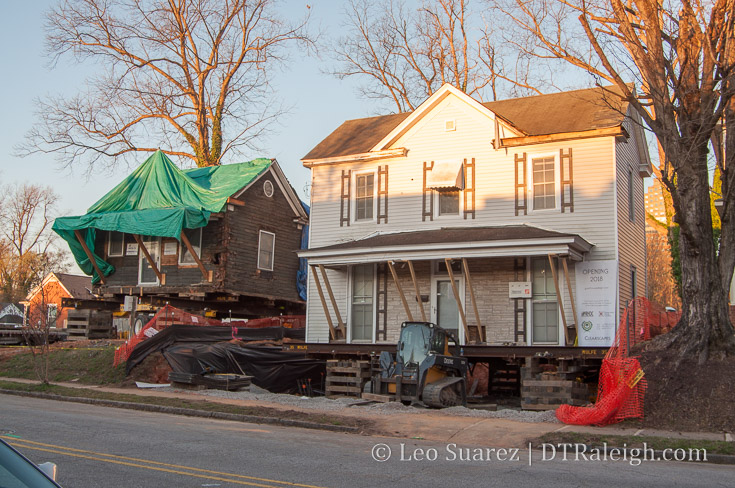 I need to think of better titles for these posts.

Lots of downtown Raleigh related items were on this week’s council agenda. I don’t see the video for the daytime session on the city’s website so no video will accompany some of the sections today. They said they were experiencing some technical difficulties that day so perhaps that is why.

Outdoor Seating
The hottest topic of the week was the discussion around PUPS, Private Use of Public Space. I’ve covered this before, even sent a letter to city council, but this week the council has changed the hours of operations of our outdoor seating. This is a city-wide ordinance change by the way.

Outdoor seating now has to be closed at midnight Sunday-Thursday, 1am Friday and Saturday nights. To be clear, this only affects outdoor seating that takes place on public property, basically sidewalks. Private outdoor seating is unaffected.

Affected downtown businesses fought this as some of them depend on the sidewalk space for a higher quantity of customers. Reducing their capacity earlier means less dollars. Others against the change claim that we’re biting into our economic success.

Those for the changes claim that downtown is not vibrant and the rowdy bar scene is a burden. It boils down to nearby residents who’ve complained about noise and the inability to get adequate sleep.

My thoughts, in short, are that the reduction in hours are unlikely to do anything while hurting businesses. No one wins, only people lose. The market for bars is thriving. That’s not the problem. The problem is the lack of diversity in downtown business. Opening a bar, clearly, is the most profitable, least risky business right now in downtown Raleigh. How can we make other services and retail more attractive? We don’t have any leadership on this issue currently and I’m disappointed that the Downtown Raleigh Alliance was not an active leader in this debate.

The rezoning request for the proposed 12-story hotel at the corner of Wilmington and Lenoir Streets was approved. From the agenda:

A hearing to receive a request of the Trustees of the General Baptist Convention of North Carolina and Derrick L. and Heather Z. Scales to rezone approximately 0.51 acres from Neighborhood Business with Downtown Overlay and Historic Overlay District-General (NB w/DOD & HOD-G) to Downtown Mixed Use – 12 stories – Urban General – Conditional Use (DX-12-UG-CU). The property is located on the southeast quadrant of the intersection of S. Wilmington and E. Lenoir Street and extends eastward on the south side of E. Lenoir Street.

To catch up on this project, read 12-Story Hotel Planned for Wilmington Street Moves Forward.

Moore Square
The Moore Square redesign plan is moving forward. From the agenda:

Staff seeks authorization to proceed with the second phase of the Moore Square improvement project which generally includes master plan adjustment and development of a preliminary schematic design process for the period of August through December, 2015. This phase will also include regulatory meetings with the Department of Administration, the Raleigh Historic Development Commission and the State Historic Preservation Office. Schematic design will be presented to the public through an open
house; to the Parks, Recreation, and Greenways Advisory Board; and to the City Council for final approval in December.

This item was approved and that means that the redesign moves into Phase 2, schematic design. As a note, I’m on the Moore Square Public Leadership Group for this project so will report here after the next meeting when some work on design is released.

The sale of Stone’s Warehouse was approved. Transfer Company will be buying the site for $2.02 million. Plans for the space include a food entrepreneur incubator as well as a general store and community hall. Market-rate townhomes will be built as well as another building for additional food business space.

Catch up on Stone’s Warehouse here. 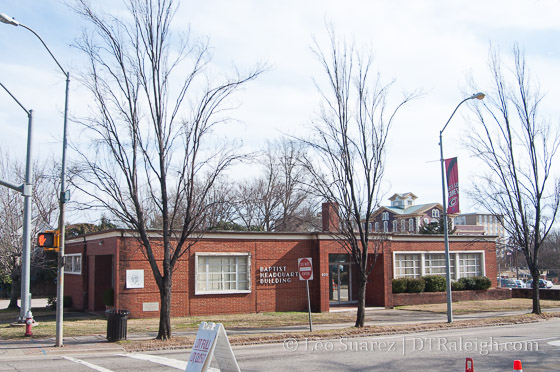 Back in January, we had several key rezoning requests (301 Hillsborough, Kane’s The Dillon among the others) come through the city and we’ve been watching them work their way through the system.

This week, the Raleigh Planning Commission approved the rezoning for a hotel that will go at the corner of Wilmington and Lenoir Streets. The rezoning is to allow them to build as high as 12 stories or around 146 feet.

Below is the video of the discussion. If you can’t see the embedded video, go here and jump to 59:00.

The controversy here is that the rezoning takes place within the Prince Hall Historic District and is inconsistent with numerous parts of the comprehensive plan. There are some that are also worried that a precedent may be set by approving this rezoning. There is also plenty of available land nearby that is outside of the historic district so why must this take place on this specific site, some argued.

First, a little bit about the site. Here is a snippet of a map of the Prince Hall District that includes the potential hotel site.

Going from left to right (west to east) starting at the corner of Lenoir and Wilmington, we have the Baptist Convention Headquarters building, their parking lot and two historic houses. The next property is the driveway exit to the McDonald’s, which is mainly located on the southern half of this block.

The main argument, among others, for the rezoning is that the two houses are kind of “stranded” here around the activity of the McDonald’s and their parking/driveway. There’s little space around the houses and it is very difficult to make a case for renovation or saving these houses.

One of the conditions on the rezoning is that the developer will work with a contractor to move the houses more into the historic district as available land does exist for them. I think this is a good move as the houses could see new life when placed closer to the neighborhood compared to being alone here along Lenoir Street, surrounded by a fast food restaurant and other houses that are owned by Shaw University. 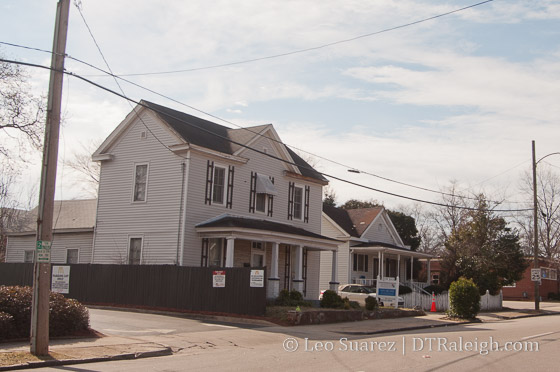 Historic houses along Lenoir Street could be moved.

The Central CAC, members of the Baptist Convention, and owners of the historic houses were all in favor of this rezoning as well.

The rezoning passed with a 5-3 vote and will now go to city council for a final approval. That should take place in July.