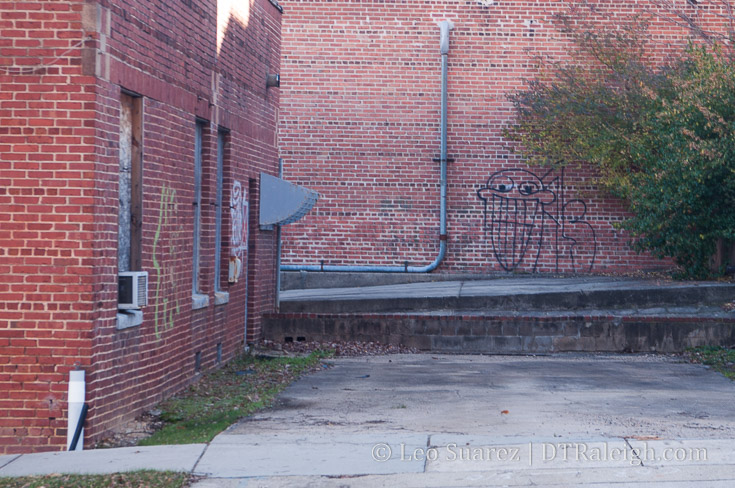 Some of the locals at Caswell Square, December 2016

Caswell Square has made the news recently as a piece of the state-owned land is being considered to be sold to a private developer. A few buildings on the square are planning to be renovated for medical offices. The North Carolina Council of State needs to approve the sale of these properties.

At first, it doesn’t sound like a big deal but if you aren’t familiar with Caswell Square then allow me to inform you.

Caswell Square is one of the original squares of the William Christmas plan. This plan laid out the street network for Raleigh and was to include five public squares, owned by the state.

Bounded by Lane and Jones Streets to the North and South, McDowell and Dawson to the East and West, Caswell Square, for over 100 years, has had state government buildings on it.

The entire block is now consumed by buildings and surface parking. Some of those buildings are even empty and boarded up. Still owned by the state, they sit waiting to be torn down or for renovation work to take place.

As part of the Governor’s plan, called Project Phoenix, to revitalize the state government complex in downtown Raleigh, a portion of Caswell Square, owned by the state since the birth of Raleigh in 1792, is up for sale for private use.

Plans for medical offices in now empty buildings are on the table as millions of dollars in renovations would take place in the old buildings on the square. The sale would generate $1.75 million to the state.

Preservationists have come forward and claimed that the state should not offload the historic piece of property as it dates back to the original plan of Raleigh, the Christmas plan.

Below, are the three empty buildings being discussed for sale. They are located primarily along Dawson Street, next to each other, starting from the corner of Dawson and Lane. 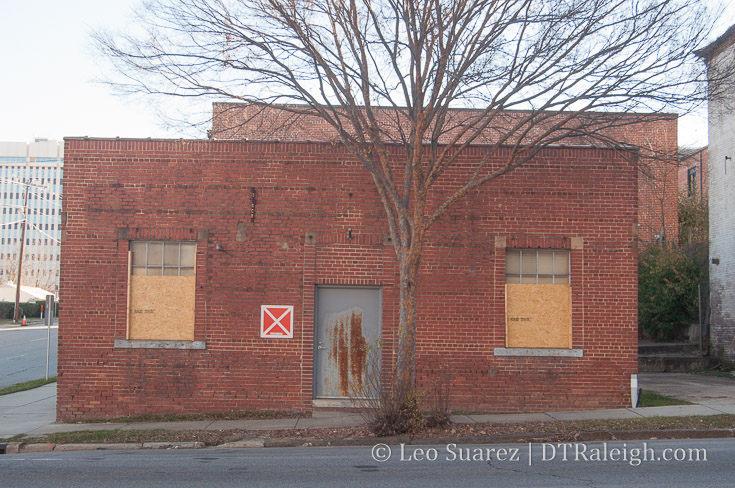 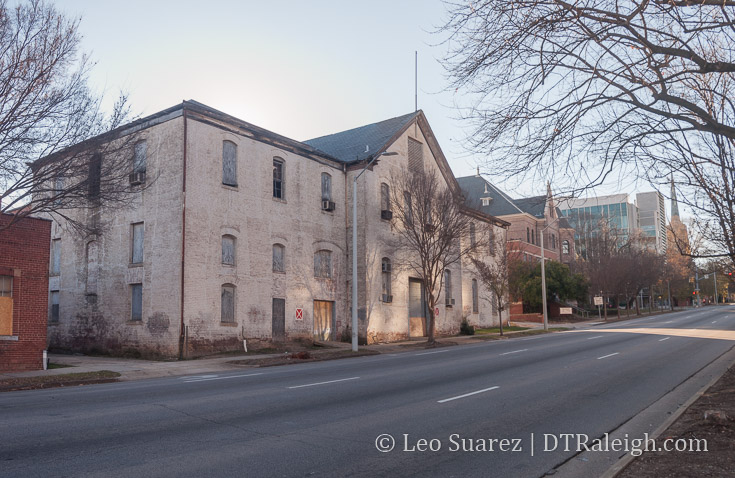 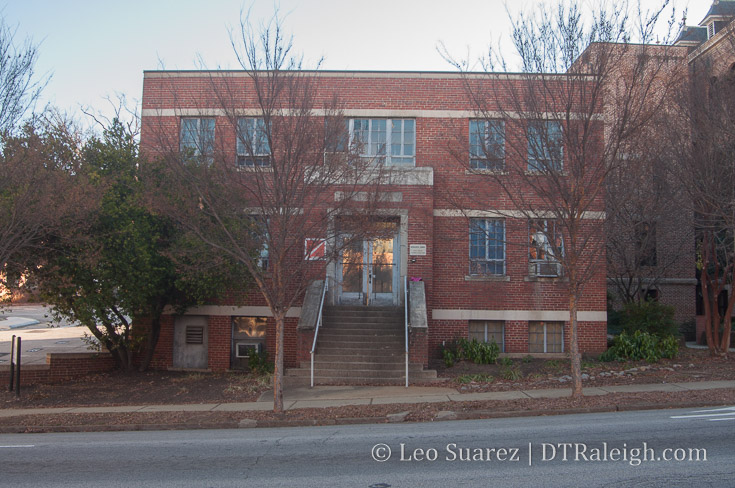 For me, I’ve been a huge supporter of the ideas in Project Phoenix but this one makes me pause. Offices can go anywhere but public squares aren’t being planned anymore. I’m not sure I agree with those that want to sell of parts of Caswell Square.

First, let’s take a look at what it’s like around Caswell Square. Below is a Google Map I made. (If you can’t see it, click here)

The square is in green, in the center, with the eight blocks surrounding it loosely categorized. We can notice a few things:

The eastern edges of Glenwood South and the state museums are basically the new, the momentum, with the church and state government offices being the old, the legacy downtown. They are starting to mix and this brings us to Caswell Square, stuck in the middle.

We don’t know yet the impact of Glenwood South and how much it’s success could cause more development to the east. Hillsborough Street projects, with 301 Hillsborough being close by, could also impact uses at Caswell Square in the future. Work on Project Phoenix within the government complex could create new uses for Caswell Square.

You also have all the work taking place along Capital Boulevard and the square loop at Peace Street. 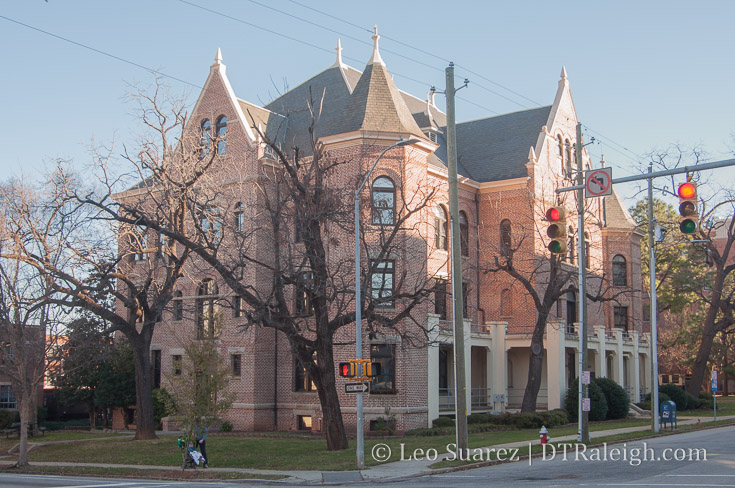 Caswell Square historical asset, the NC School for the Blind and Deaf. Read more about it on Goodnight, Raleigh.

In my opinion, the future is bright for downtown and taking this opportunity to sell off a historic piece of land for a cool $1.75 million isn’t the right way to go. In the 1950s and 1960s, when the state government complex was built, lots of land was acquired, some with eminent domain. I’d like to see some of that land sold back to private hands for reuse first before even thinking of carving up a major piece of Raleigh history.

I’m not sure I’ll see the day but I’d like to see the state government clean up and efficiently use the properties with no historical significance, the northern end of downtown, before they start discarding history.

NC State offices in the Caswell Building at the corner of McDowell and Jones Streets.

Instead of immediate gains, I’d like to see the state, partnering with Raleigh, to use Caswell Square as a way to boost nearby activity. It just so happens you have a top 5 visited attraction, the N.C. Museum of Natural Sciences, in the state nearby to the square. With the Nature Research Center recently completed, maybe a park extension in Caswell Square could boost the museum’s profile and bring more tourism to the area. 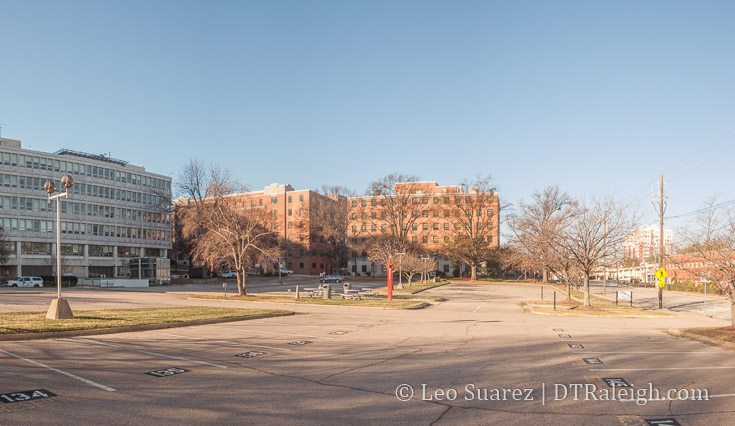 To the east of Caswell Square sits a massive surface parking lot. Parking consolidation is easily a project that the state should undertake, freeing up new land for either more office buildings (mixed-use office buildings by the way) or to be sold for private use.

Ideas like these could have long-term benefits that if done well, could bring the state much more than $1.75 million.

The discussion to sell the land was on the agenda for the Council of State last week but a decision was delayed until a future meeting. 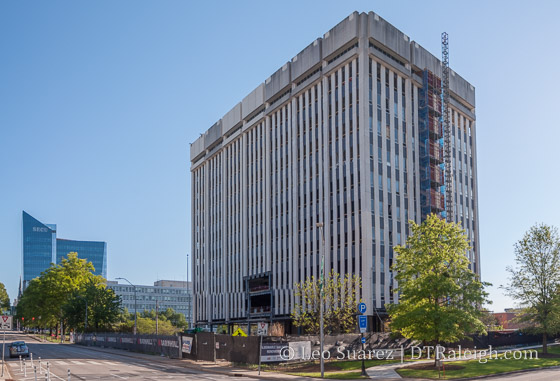 The renovation of the Albemarle Building is well underway. The project on Salisbury Street is part of the governor’s Project Phoenix, a plan to upgrade the state government complex in downtown Raleigh.

This renovation may or may not have a big impact on the surrounding area. A modern office upgrade isn’t going to create new activity during off-hours especially on weekends. The government may save on maintenance costs in the long run but this project, I feel, won’t support any of the governor’s claims of creating new development activity and life in and around the state government complex.

It’s possible that if the capacity of workers in the Albemarle Building has increased, more downtown workers may create more business. I feel like that’s a stretch though. Either way, great for the folks working there but this “suburban-urban” building may bring a negligible contribution to downtown’s revitalization.

After being owned by the state for about 30 years, the elegant Heck-Andrews house has finally been sold. The N.C. Association of Realtors will pay $1.5 million for the house.

Important to note is that this sale is part of the governor’s plans to revitalize the state government area, Project Phoenix as it’s called. The sale of more state-owned mansions along Blount Street is planned in the near future.

For more on the Heck-Andrews house itself, I highly recommend this fantastic read on Goodnight, Raleigh. A Storied Structure: The Heck Andrews House — Inside Out 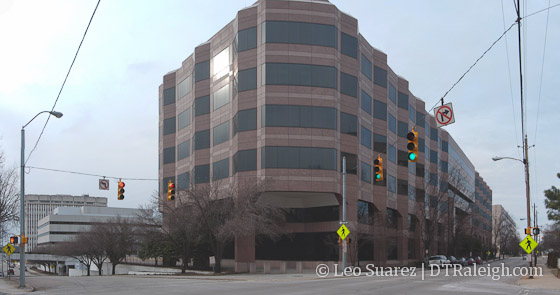 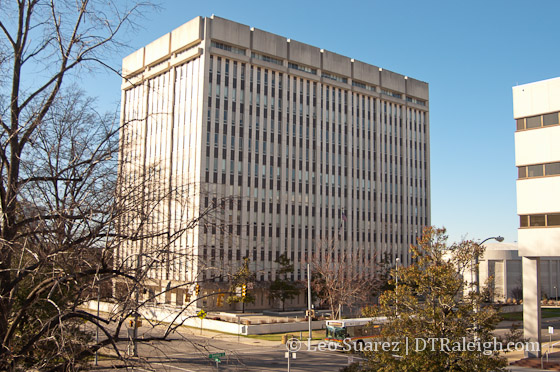 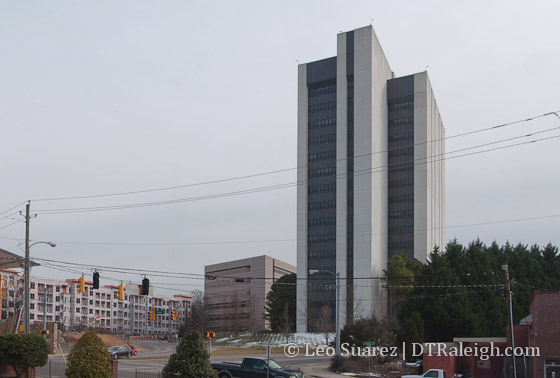