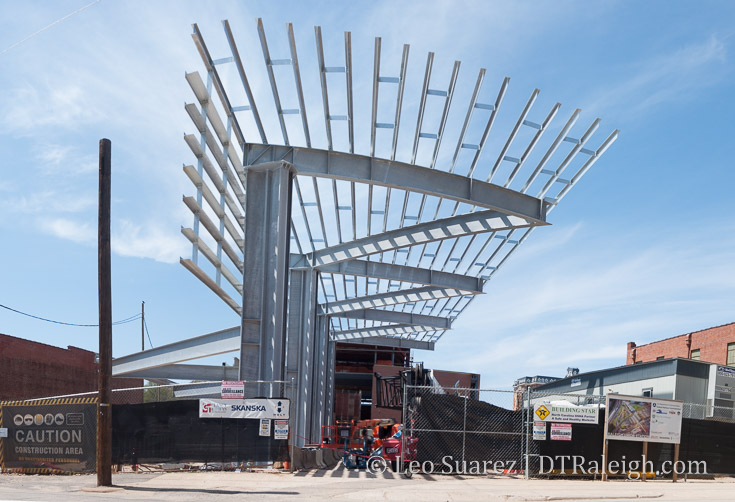 I walked around West and Martin Streets this weekend to check out Raleigh Union Station. Photos are great but walking the area gives you a sense that it is coming together and you can feel how you’ll interact with the new train station once it is open. (as much as the construction fences would allow anyway)

Today’s update shows the entrance to the station at the end of Martin Street at West. The metal awning (better name?) is up, shown above, and to the right will be the pedestrian plaza. Currently a parking lot for heavy equipment, you can sneak a glance at the space and how it will become the gateway in and out of the city through the station.

Here, pedestrians will go underneath some train tracks and then back up into the station. 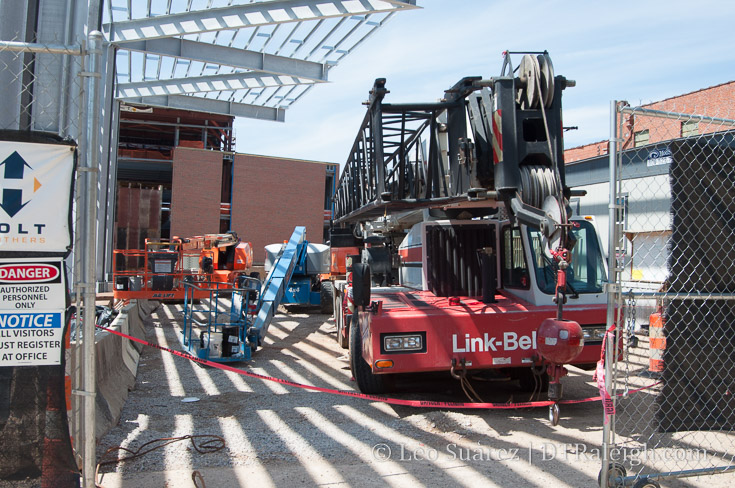 To the left is the street entrance for vehicles to go through, leading up to a roundabout for easy drop off/pick up. You can see the new train “bridge” that was built in order to have all the entrances separated from the tracks of the Boylan Wye. Similar to the pedestrian entrance, vehicles will go underneath the tracks, the “bridge” that was added here. 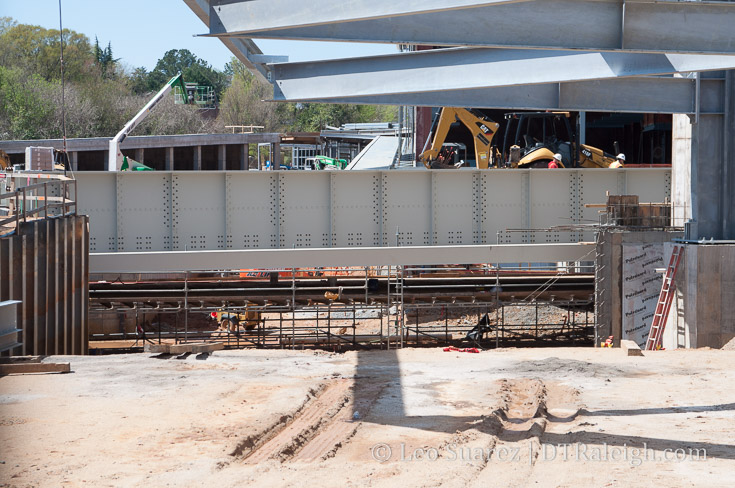 Finally, the end of West Street is a massive hole, going below grade in order to turn under the same tracks of the Boylan Wye in order to loop back into the roundabout. Those last few warehouses look so isolated in the photo below. I wonder if they will last much longer? 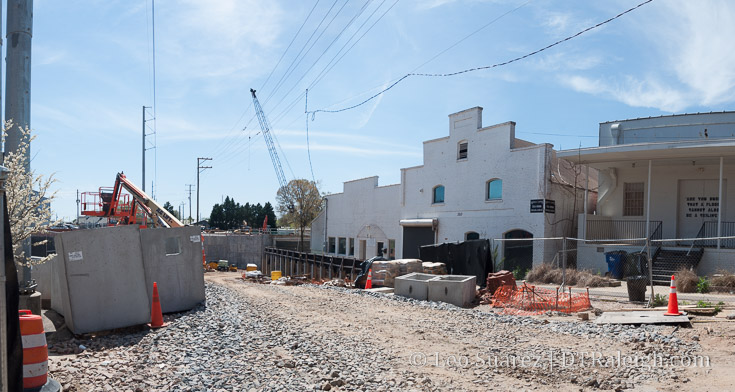 Here are a few renderings and maps to show what is being worked on today along West Street. 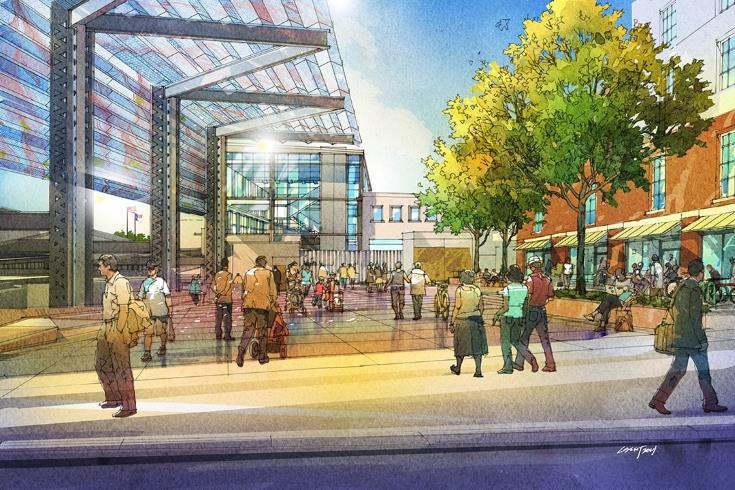 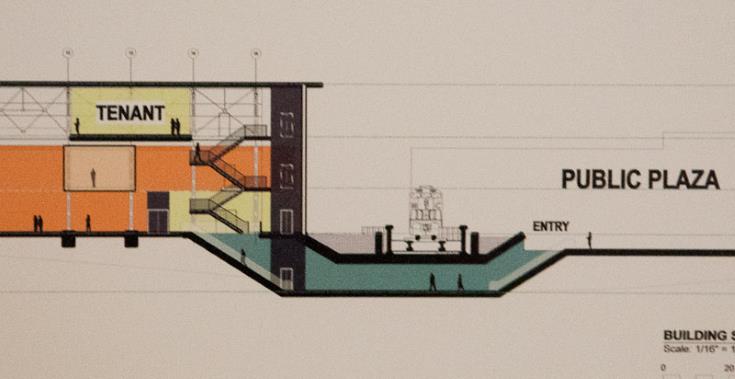