Complementing my post earlier in the week about Raleigh Union Station, I also got a feel for the area around The Dillon and snapped some photos of the current progress. It’s going to be quite the “shot in the arm” for the warehouse district once both of these projects are up in running.

Starting at the southern end along Martin Street, the 17-story office tower and parking deck are rising up out of the former Dillon Supply warehouse.

My guess would be that the parking deck construction is trying to coincide with the Union Station opening. Residential and office may come online later but again, just a guess as the city pushed hard for nearby parking options for the station. 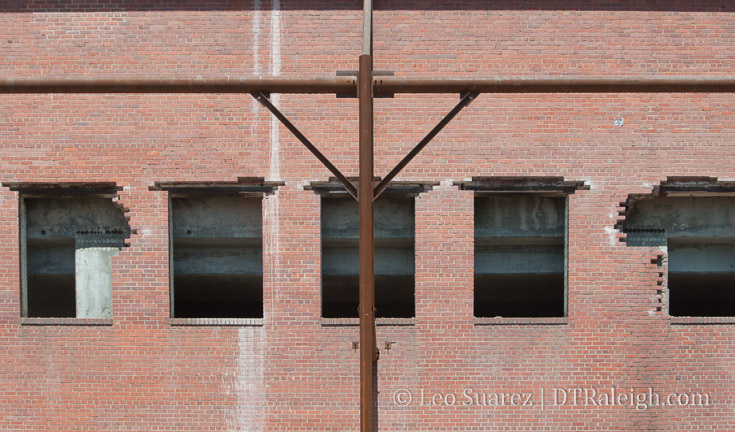 The old windows along Martin showing the new structure within. 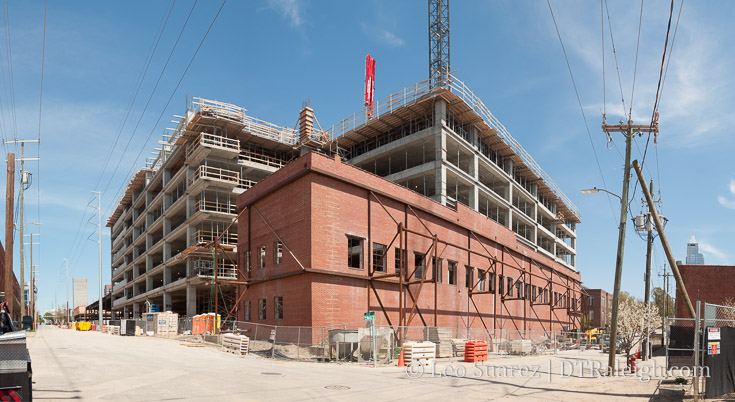 The greatest transformation may take place down Martin at West. New development seems to be taking place at almost every corner.

Seeing The Dillon on this side gives you a sense of how connected The Dillon and the station are to each other. The office tower here with ground-floor retail should create a sense of energy to those coming to or leaving the train station. You can see the city skyline in the short distance but feel that you are close with The Dillon across the street.

I’d be interested to see if West and Martin will be getting proper crosswalks with street lights. The sidewalks should be completely redone so a once sleepy dead end may be drastically changed in the near future. 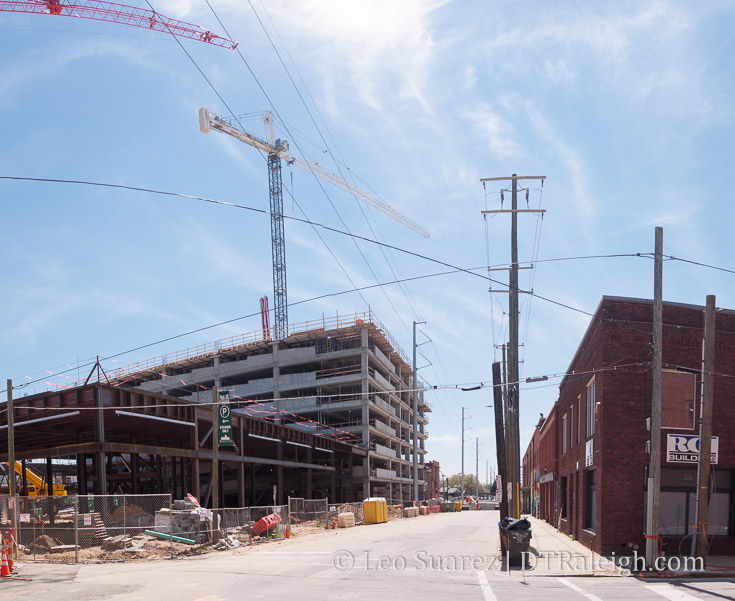 Around West and Hargett Streets, the residential portions of The Dillon are beginning to start. The main section south of Hargett has the bottom floor built up with the northern side showing wood-built apartments on the second floor.

Hargett is blocked to traffic right now due to the construction but there is room to walk through. Seeing steel floors on both sides of Hargett where surface parking used to be is pretty exciting, I have to admit. 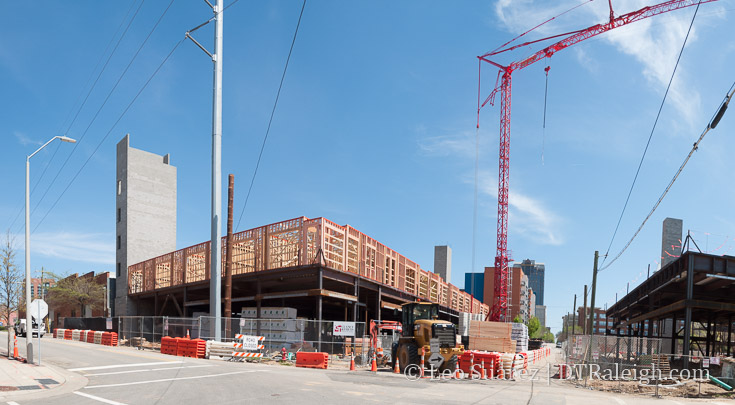 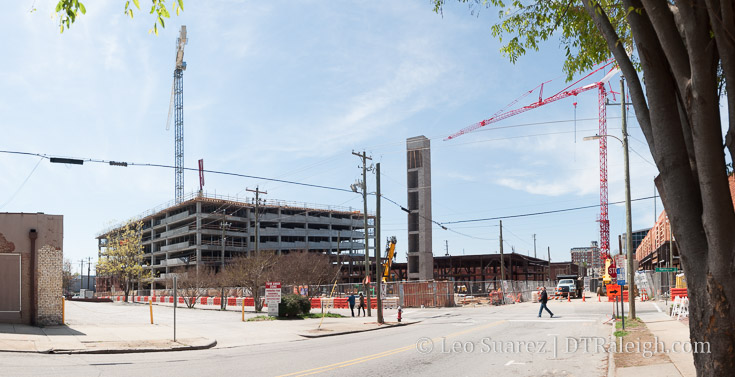 The Dillon is a project that will activate Hargett and Martin Streets. The concentration of retail along these corridors helps to support planning efforts within our current downtown plan. With these blocks active, this will pave the way to string more blocks together along Hargett and Martin.