We haven’t visited the construction site for Raleigh Union Station in a few months and this weekend, I went out to catch up on the progress. The weather was nice and the clouds were amazing, helping me land some great exposures of the site.

The photo above is the “money shot” of the station, taken from the Boylan Avenue bridge. A lot has happened since I grabbed a photo from the same spot in April.

Looking around we can spot a few things taking shape. Check the above photo out on Flickr so you can zoom in, out, and around.

In the foreground in front of the Dillon Supply Co. sign, the ticketing and baggage claim area is coming together. This area will also house Amtrak offices and general operations rooms.

The station will actually be bigger than the old warehouse that was at this location as this kind of exoskeleton of steel is starting to wrap it. 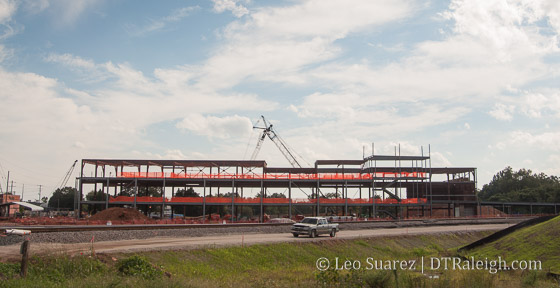 It wasn’t much of a renovation but rather a reuse of some parts (and that’s still a stretch) as the building was gutted to the bones. This new framing should create the spaces for the new retail and restaurant space and their outdoor balconies and walkways.

I can probably guess that the mound of earth around the site came from the Union Station project as lots of land had to be moved for the parking lot and the new entrance along West Street. 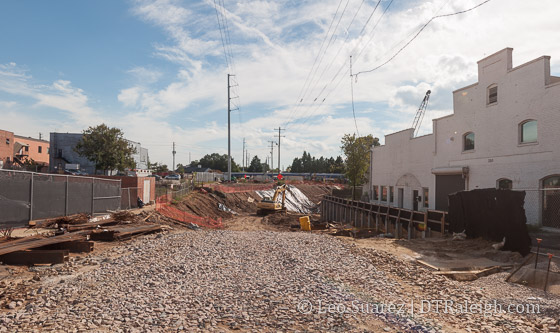 West Street being lowered to go into the parking lot of Union Station.

Above, you can see what the end of West Street looks like today. This mess will eventually have West Street going underneath the rail line and into the station. For additional reference, I’ve thrown up the site plan, with a few minor edits, which you can see how vehicle traffic is supposed to flow.

The last major thing I noticed was the process of working with the tracks themselves. 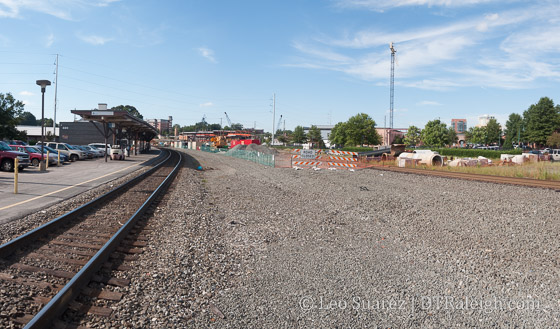 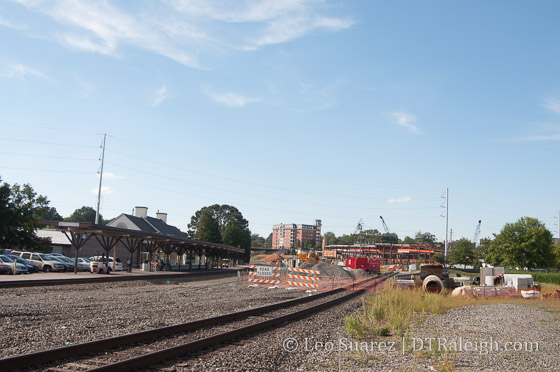 Looking at the station from Cabarrus Street, you will notice that only the active line to the current train station is intact. The rails on the left in the two photos above serve the station today while the rails on the right end before the construction site. It looks like that line is down for awhile until the bridge is built over the lowered West Street.

There also used to be other rail lines, two of these offshoot kind of tracks, in this area but those are gone now. Here’s an aerial shot from Google Maps to show you the four tracks mentioned here. 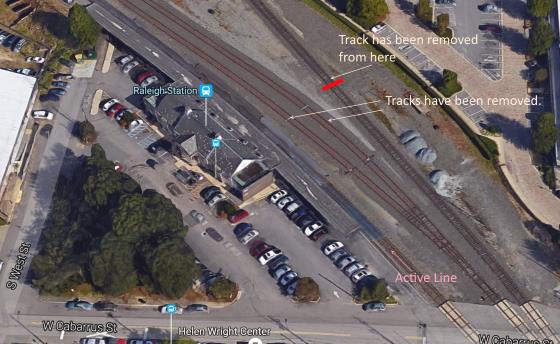 No doubt, this track rearrangement is making room for the new platform that will take passengers through a concourse underneath and between two new tracks. You can see that if you jump back up to the site plan.

Here are some other photos from my walk around the site. 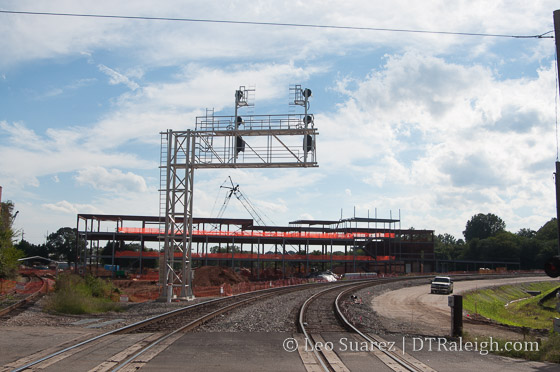 Raleigh Union Station in October 2016 as seen from Hargett Street. 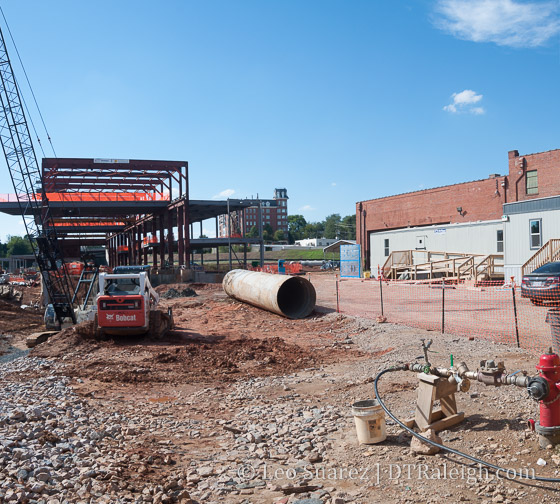 Raleigh Union Station in October 2016 as seen from West Street.