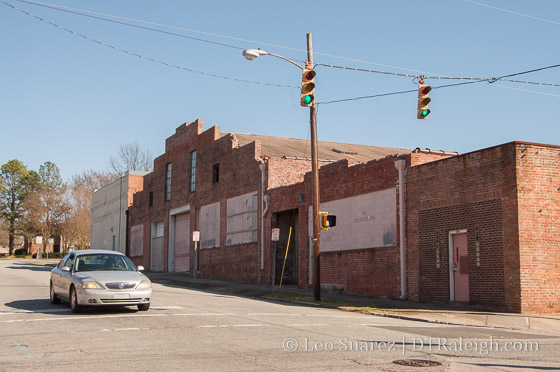 Plans are surfacing a bit on the future of Stone’s Warehouse, the former bus repair facility and senior health care center located at 500 East Davie Street. The future mixed-use site will include retail across both the existing warehouse building and a new construction building. 15 townhomes will also be built on the site.

If not familiar with the site, pan around it here on Google maps to see Stone’s Warehouse and the former Rex Senior Health Care Center buildings. The warehouse will be renovated while the white building where the health center once was, will be removed. To the south, the open area will contain a public plaza and new building for additional retail space. 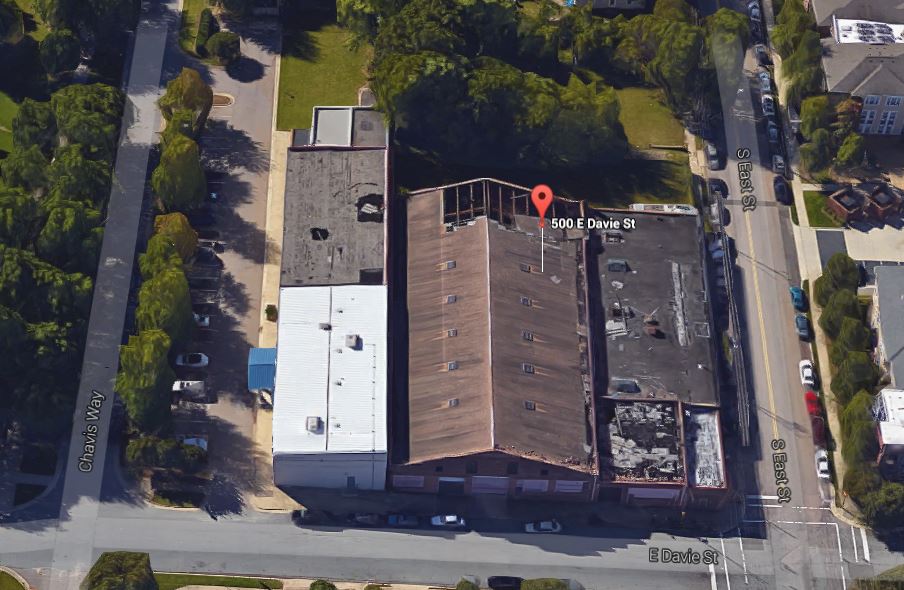 Looking at the plans, I see some smart, urban aspects to the layout of the buildings and how the plaza incorporates into the fabric of the neighborhood. The Administrative Alternate Request that was submitted for this project shows the public plaza and crosswalk creating a connection through the block from the Chavis Way greenway on to East Street. From the request:

The pedestrian access will physically and visually connect Chavis Way and the adjacent greenway to the plaza amenity and through to East Street through a series of cross-access agreements, effectively segmenting the parking where an island would normally be located. The plaza will be open to the public as well as tenants and is supported as an approporiate use of an urban open space for a mixed-use proprty by City of Raleigh through their RFP process.

Trees that are currently at the site will be moved to align with this plan, as shown in the sketch below.

The 15 townhomes will line Chavis Way, built in sets of five resulting in three separate groups of units. The plans appear to show garages for the townhomes so residents won’t have to compete for parking. 52 parking spaces will be included as well to support the retail buildings.

This is a great, unique project in a transitional area. Residents in the core should have an easy time walking to the site while those in neighborhoods should not have difficulty getting here by bike or car. It’ll be great to watch the renovation take place.