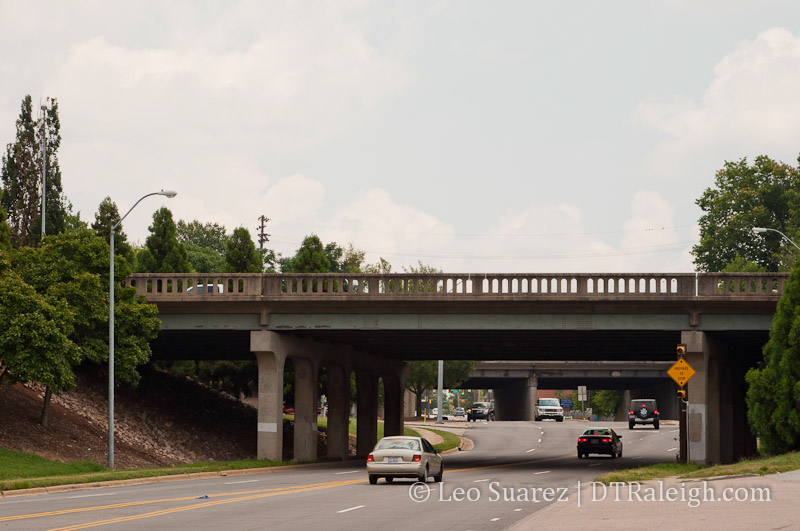 It’s been almost a year and a half since there’s been any major news on the re-design for the area around the Capital Boulevard bridge that goes over Peace Street. On November 19, the NCDOT wants to show off the latest designs for that area.

Public Meeting for the proposed replacement of the Capital Boulevard bridges

This project comes up because the current bridge is nearing the end of its useful life and needs to be replaced before safety is put at risk. The city is working with the state to find a working solution and this project falls inline with the Capital Boulevard Corridor Study, a much greater strategy to re-invigorate the entire corridor from downtown Raleigh up to I-440.

We’ll see what is shown at the meeting and the public can certainly comment on the new designs as we’re still in the planning phases.

On a related note, a friend of mine shared an interesting article with me where a similar bridge replacement was done up in New York state on I-84. Watch the video (shown below or in the linked article) and read about the technique called accelerated bridge construction. Makes you curious as to why this couldn’t be done here at Capital and Peace to save a little money. (and upsetting nearby businesses)

This Ingenious Way to Build Bridges Will Fix Our Crumbling Infrastructure via Wired.com