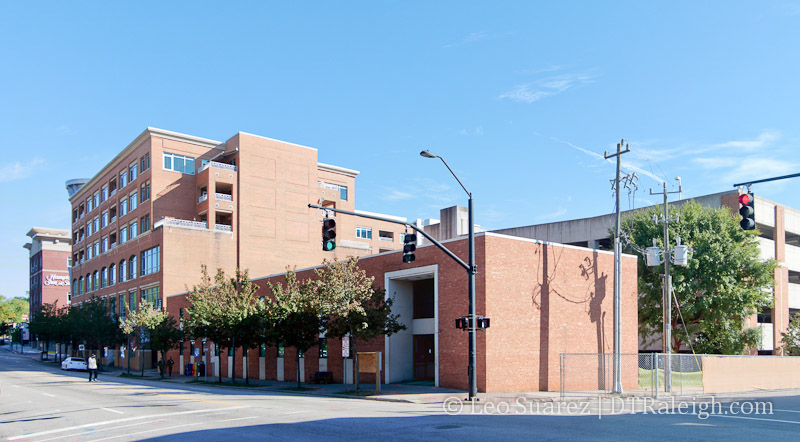 You almost don’t want to believe this until you see it. The story that has really turned me, and others I talk to, into pessimists is the one about the upcoming new building at 500 Glenwood Avenue. It is planned to house, in addition to other businesses, a Carolina Ale House and after almost five years, it looks like this project will finally get started.

In the coming days, we should see the building at the corner of Tucker and Glenwood Avenue come down and make room for a new, three-story building for a rooftop Carolina Ale House restaurant and additional retail space in the other floors. Some construction fencing is now up and even the R-Line stop at this corner has been moved down a bit along Tucker Street.

I have no doubt that the Ale House here will do some pretty good business as the brand has over 20 other locations to bring experience from. If you’ve never been, the Ale House is a sports restaurant with a “something for everyone” menu and an extensive beer list with enough choices for safe beer drinkers to try something new but not enough to satisfy the craft palate. 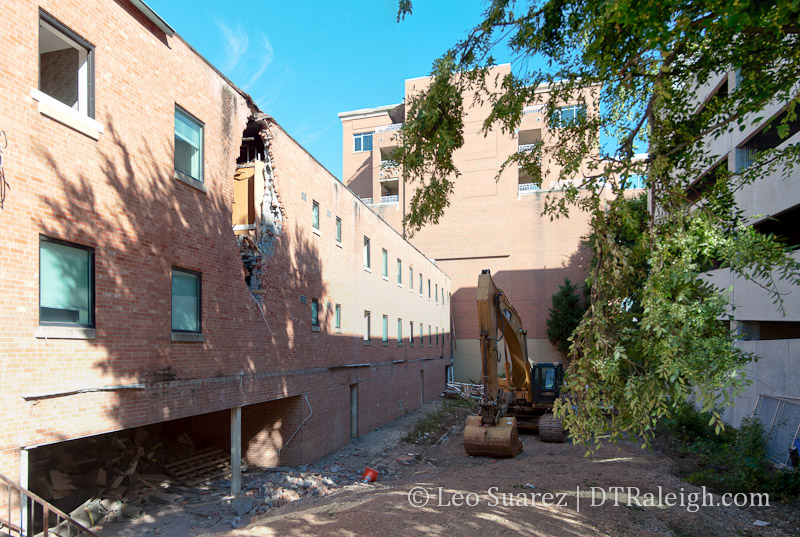 The beginning of the demolition to the building.

Let’s hope for smooth sailing ahead on this project so that doors will open in late 2014. Jump to this link to the Triangle Business Journal for a rendering of the upcoming building.