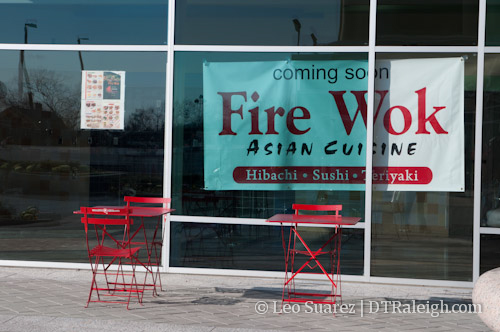 We’re about two weeks into the year now and if you’ve fallen of the “lose weight” resolution train, eats in downtown Raleigh won’t judge. Last fall, we ran through a few new openings. For winter, work continues on some establishments but there are still a few new places for you to explore.

Tyler’s Taproom is probably the biggest recent opening with their Seaboard Station location finally serving brews and food. It was first mentioned on this blog back in June, 2008 so the opening is very much welcomed by Tyler’s fans. If you’ve been to the other locations around the Triangle, you know what to expect here. The large space and outdoor patio should be popular with families and larger parties.