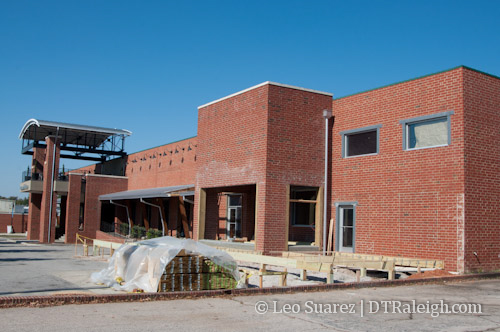 I really think that the new restaurant talk in the news and around town comes in waves. Maybe it’s a seasonal thing. Or I only think about it four, convenient times a year. Anyway, an update each season seems appropriate so let’s run through the new and upcoming in downtown Raleigh eats.

Steel is put in for the second floor of the upcoming restaurant Zinda. (via @zindaraleigh on Twitter)