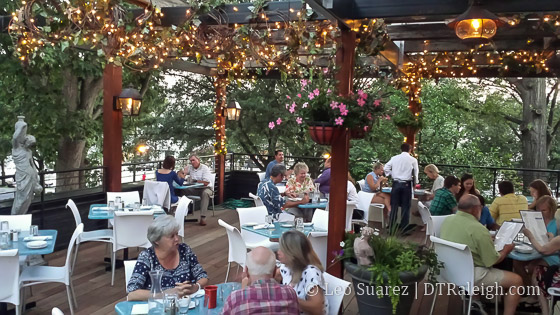 This summer, there have been some big time openings in the downtown Raleigh Eats scene. One of them even puts us in the Guinness Book of World Records.

First, here’s a flier for a new pop up sandwich shop, Linus and Pepper’s, that will be open for three weeks on Salisbury Street starting today. It’ll be student run and is backed by Jon Seelbinder (Level Up Kitchen and Barcadium, The Architect) who also is working on other projects in downtown. Read more about it in the N&O. 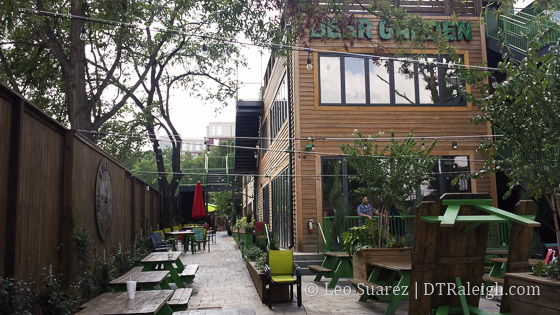 Photo of the back patio at the Raleigh Beer Garden a few days before opening.