About a week ago, the city council amended an agreement between the city of Raleigh, Highwoods Properties and Progress Energy to build a parking deck to support RBC plaza. They also selected Stewart Engineering to be the technical engineering rep for the parking deck. The deck will sit mid-block on Martin St. and will have retail space facing the street. Here is a list of the changes to the agreement.

Why do we care about this?

This is the first development that is moving forward on the PEIII block and future development must work around this huge parking deck. As was posted earlier this week, demolition of the old buildings here has already begun. I hope the rise in the number of spots for the deck is there for whatever is built around it. This will allow more room for developers to work with as they do not have to incorporate parking into their designs. 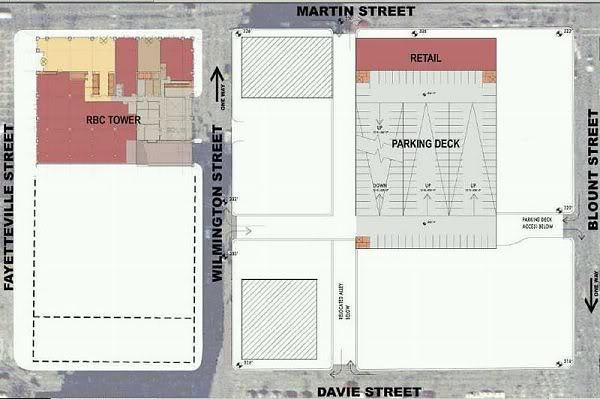