Over the past week, there has been some considerable work going on across the street from the Progress II building, the block we refer to as Progress III. Progress Energy owns the majority of the block and has major plans for this area. Possible plans may include a pair of 30 story towers but no renderings or announcements have been made.

Currently the block is being razed except for the storefronts facing Wilmington St. Most of them are closed and I expect them to be either destroyed or heavily renovated to be incorporated into whatever is built on the land behind the shops.

Witness the destruction for yourself. The map I have used earlier to show the construction on this block has been updated as well. 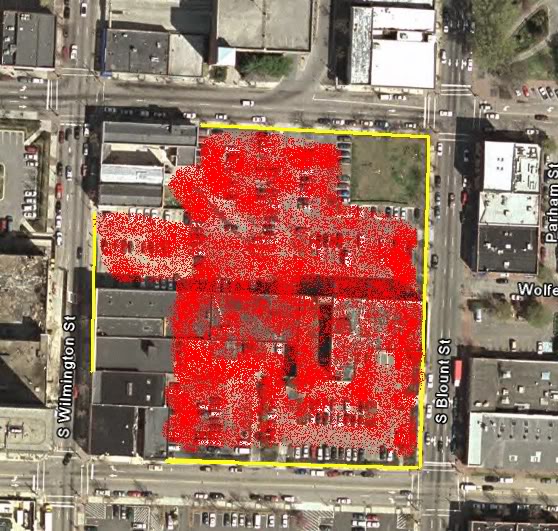 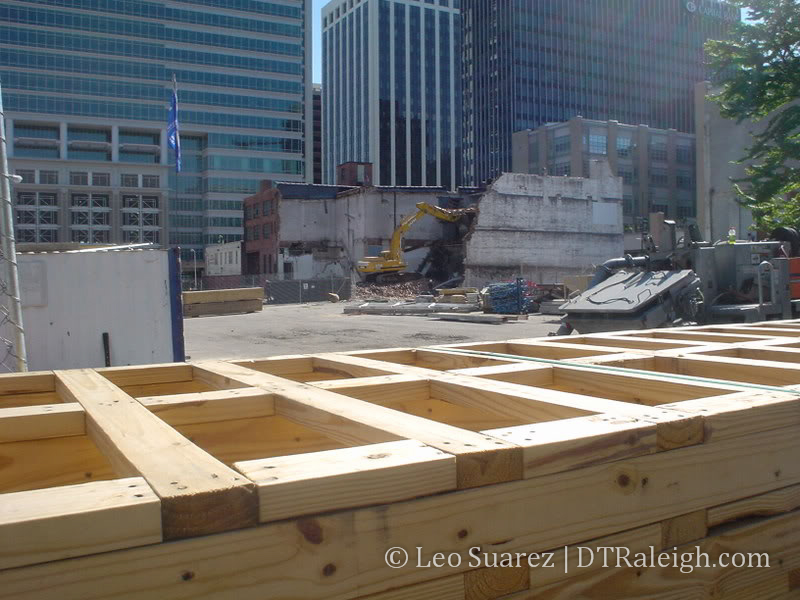 That building used to have a middle section 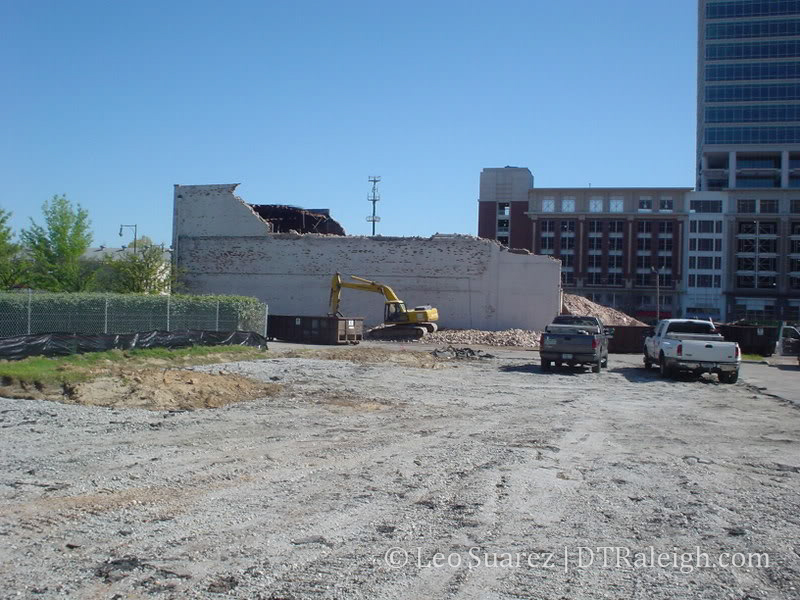 Soon will bite the dust 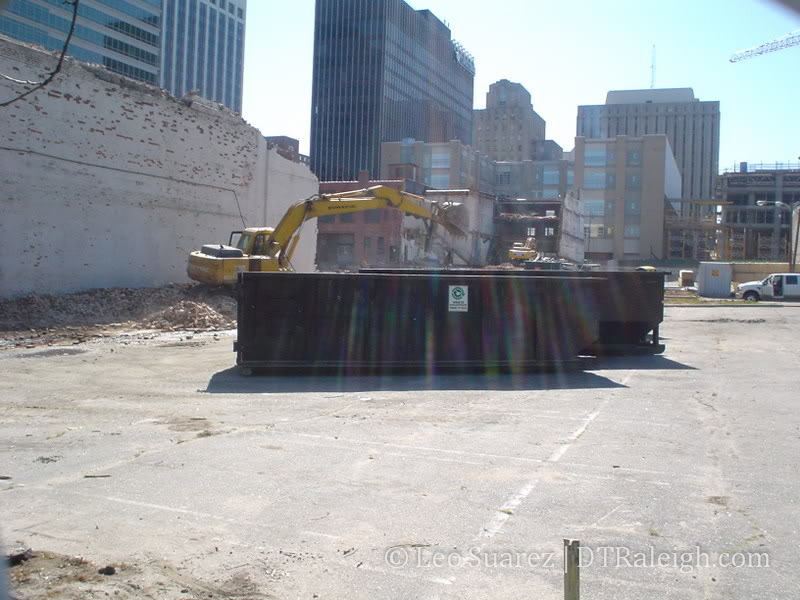 Both those buildings used to connect 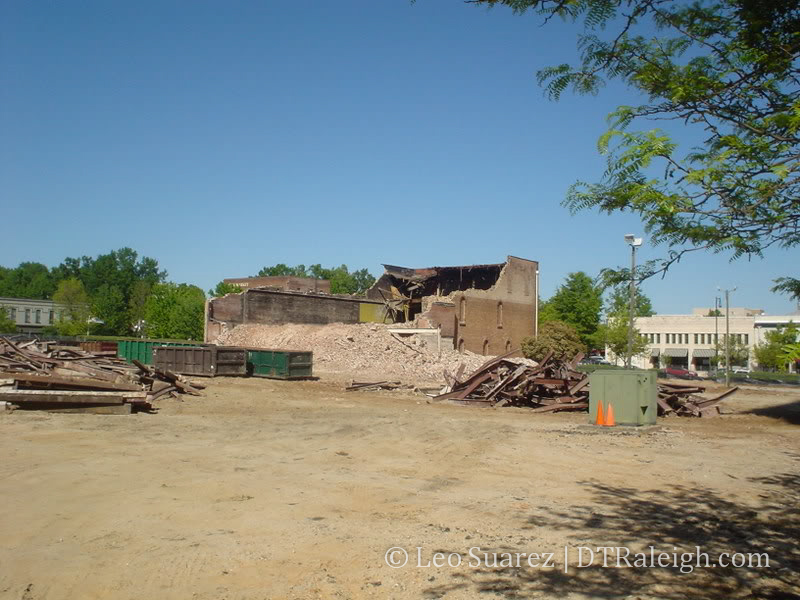 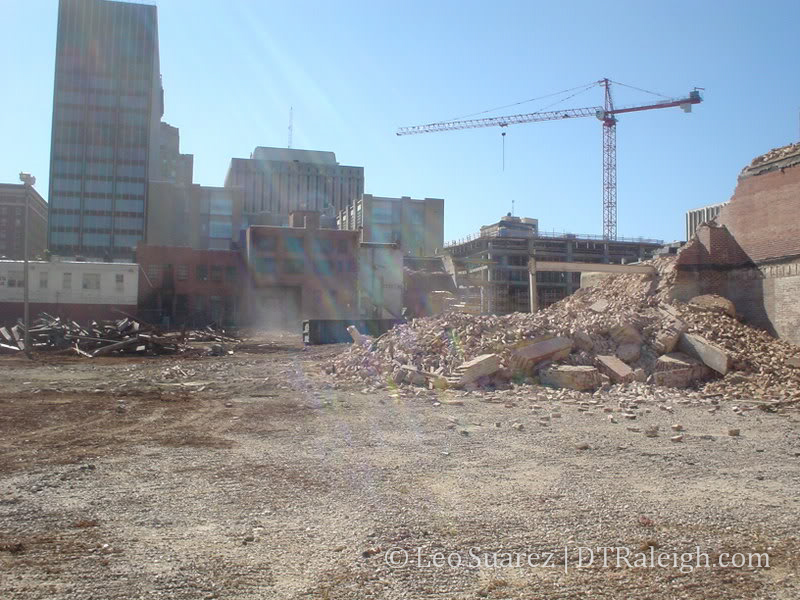 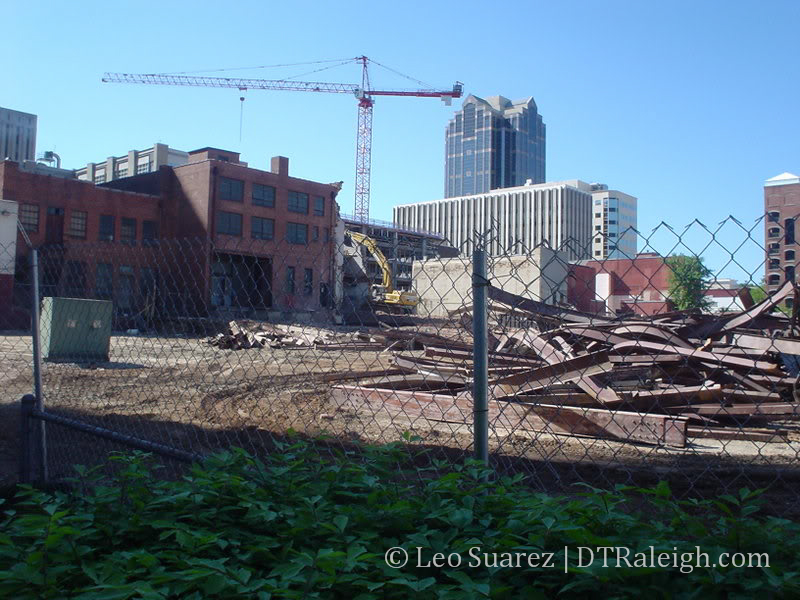