A rezoning case (see Z-9-22 here) that’s been in progress throughout the year involves The Depot, the long warehouse situated at the end of West Davie Street fronted by the delicious Videri Chocolate Factory. Owned by the North Carolina Railroad, a desire to develop more of their properties seems to be part of their future. The rezoning would allow for up to 20 stories of new development and could possibly alter the layout of the existing Depot building.

To dive right into things, the presentation and discussion from the August 9, 2022 meeting of the planning commission, embedded below, (or watch it on YouTube) is the best place to start. The commission has recommended approval of the rezoning and it next goes to city council for overall approval.

Earlier in the year, the rezoning started at the Raleigh Historic Development Commission and that group recommended to deny this rezoning request. However, throughout the year, conditions have been added that would save some of the historic structures and possibly make the rezoning more palatable to city leaders.

Looking at the aerial photo from Google Maps as well as Exhibit A (above) from the commission presentation, we are actually talking about the The Depot building and the parking lot. The section where Videri is located currently is the head house of the building and plans are for it to remain. The rest of the Depot building could be partially or entirely removed as part of the future development.

For completeness, the request also wants to rezone a property on the other side of the tracks. If you look at the Google Maps aerial, you’ll see the former train station site. It has since been demolished and is a gravel parking lot now.

If approved in its current form, the rezoning conditions around the Depot would preserve the head house as is and any new additions to it must have complimentary materials. There also must be a 30 foot wide pedestrian walkway between Davie and Cabarrus street. That could look something like this.

The architect, Gensler, proposes a mix of uses and buildings that compliment the Depot as well as the rest of the warehouse district. A “strong retail base” was mentioned in order to support active uses along the pedestrian walkway, shown in the proposed site plan above.

The rezoning hits the city council starting at their meeting on September 20.

My thoughts on this are evolving. If you watched the commission video above, members of planning commission were definitely feeling emotional trying to find a way to preserve the building that the entire historic district is named after. It is called, “The Depot Historic District” after all so demolishing most of it seems unfortunate.

I have however always disliked the surface parking lot and welcome the new buildings and the pedestrian walkway. The Depot can be pretty active on nights and especially on weekends but I’m just not sure it’s being used to its full potential.

It always seems like it’s the parking in new developments that take up the most space and cause older buildings to be demolished. The new proposed site plan replaces the majority of the Depot with structured parking underneath new apartments. I can’t help but to continue to roll my eyes at the thought of this. Realistically, even though we don’t require any parking in downtown Raleigh, the city is just too car-dependent for new projects to offer less parking or none at all.

I do think that nearby project The Dillon gives me hope that a new development could be built that keeps some of the character in place and creates a whole new pedestrian experience with active uses. I also think being such a big transit supporter that I can’t fight more density near our Raleigh Union Station.

You also have to consider that as of today, if they wanted to, North Carolina Railroad could demolish everything and build from scratch. There are no protections in place. However, in exchange for an increasing in zoning allowances, the head house would be incorporated into the new development.

It’s not great but it feels like a strong compromise.

By day, the warehouse district of Downtown Raleigh is quiet and sleepy. By night, it wakes up and comes to life, exploding on the weekends. This nightlife hotspot has seen some problems in the past, but with a convention center only a few steps away, why can’t it enjoy some traffic just as Fayetteville St. will be getting? Here is some recent updates if you have not been down there recently. 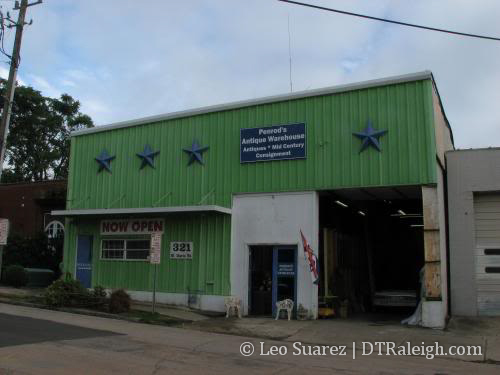 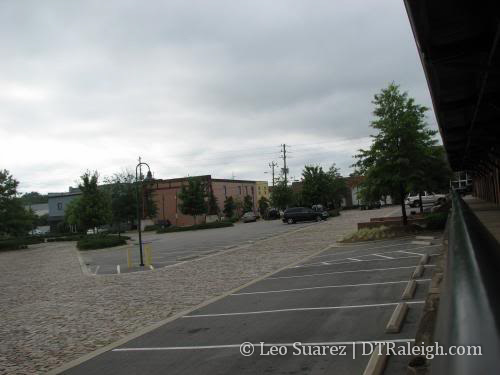 Plenty of parking at The Depot