Four months ago, buyers at the long-delayed project got the go-ahead from city inspectors to move into the seven-story building. But so far, none of Bloomsbury's 56 units have been filled.

via Uptown condos in down market – Real Deals – News & Observer. 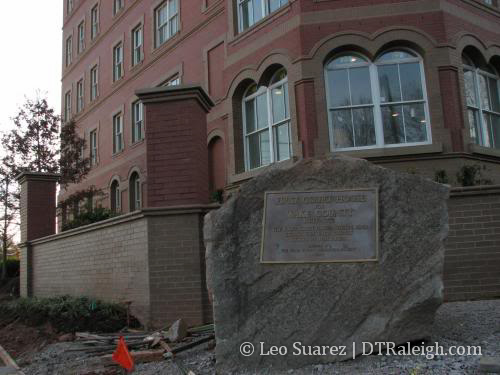 The finishing touches to the building are being put up and the area around it is finally coming together. The sidewalk is being poured and the brick parking lot is being laid out. Just from walking around, the set back building reminds me of Park Deveraux, with an area for bushes and trees with a fence lining the sidewalk. I think this is fitting since the building sits on the edge of neighborhoods and there will be little foot traffic.

There is a stone on the corner of Boylan and Hargett that gives a shout out to the old Wake County courthouse. Readers, help me out here, has this stone always been at this location? I have actually never seen it before. 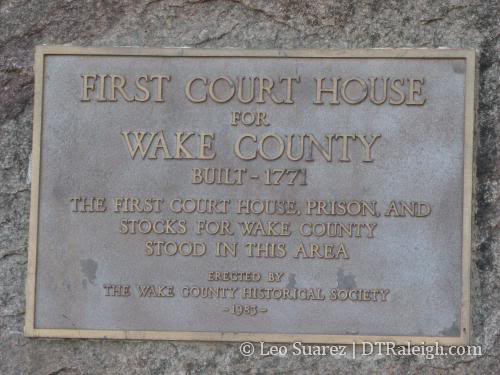 I know this building has been heavily criticized throughout the blogosphere but whatever your opinion is on Bloomsbury Estates, you’ve got to give them credit on the extra attention to detail. Compared to current condo buildings, this one has a little more substance then the others in downtown Raleigh. 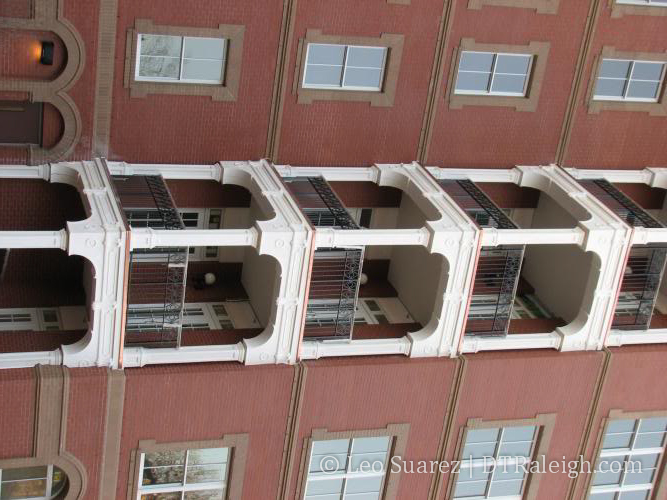 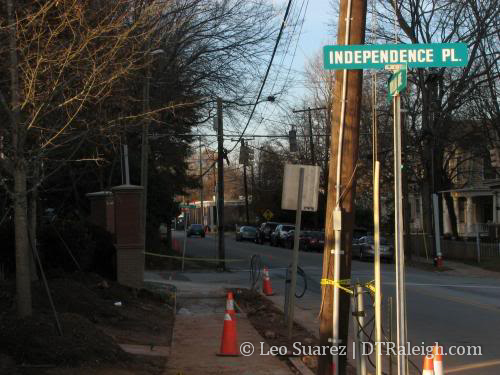 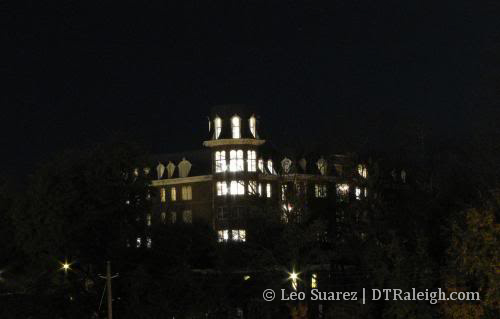 Bloomsbury Estates with the lights on at night.

There is nothing really to report so I will let the pictures do all the work. 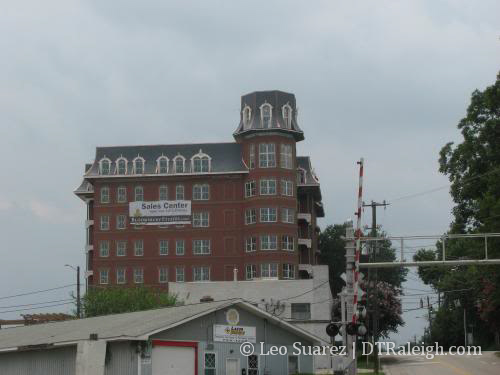 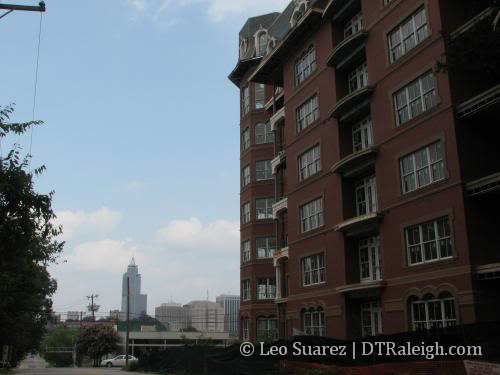 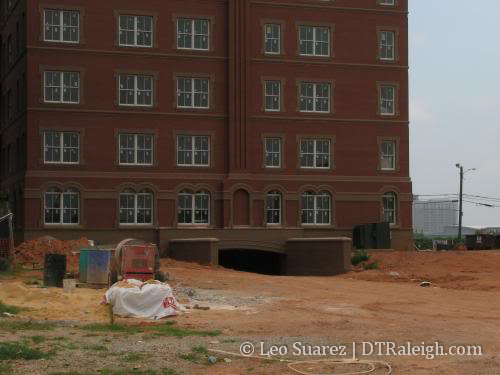 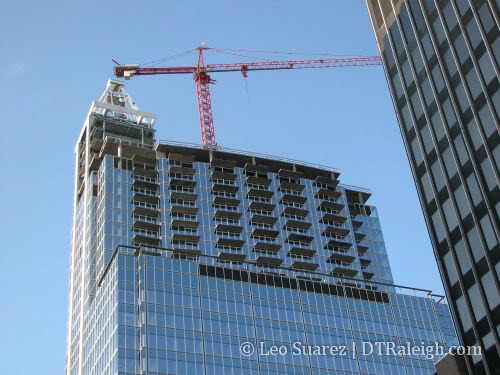 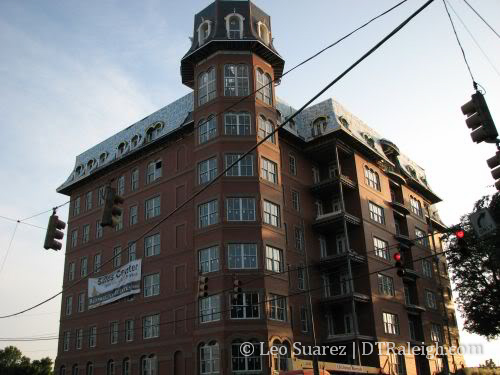 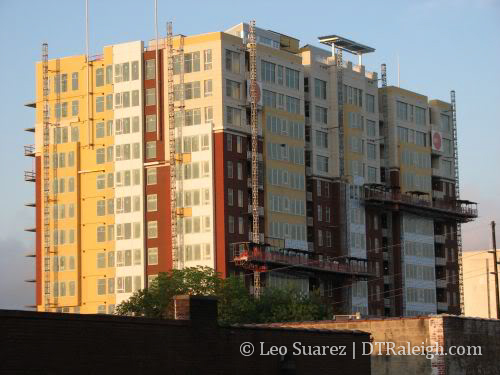 Here is a quick construction update on the first of two buildings at Bloomsbury Estates. The brick looks very nice and I think this condo building will stand apart from the rest of the ones going up downtown. 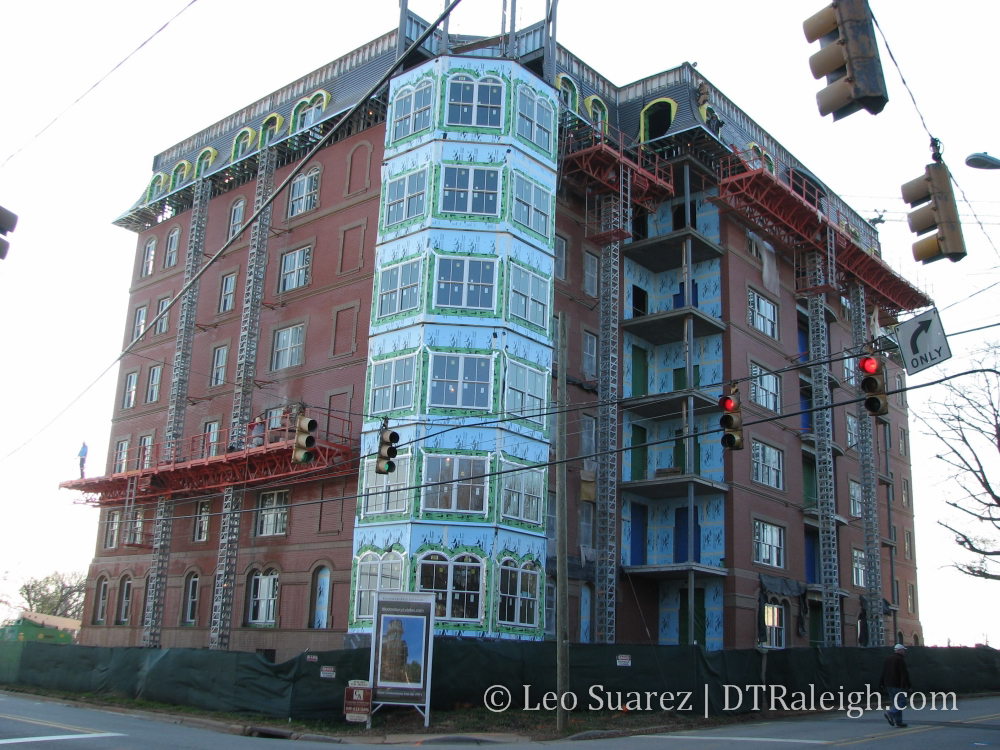 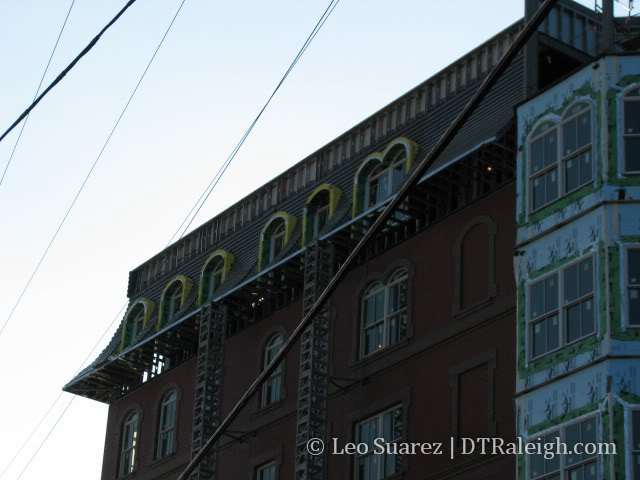 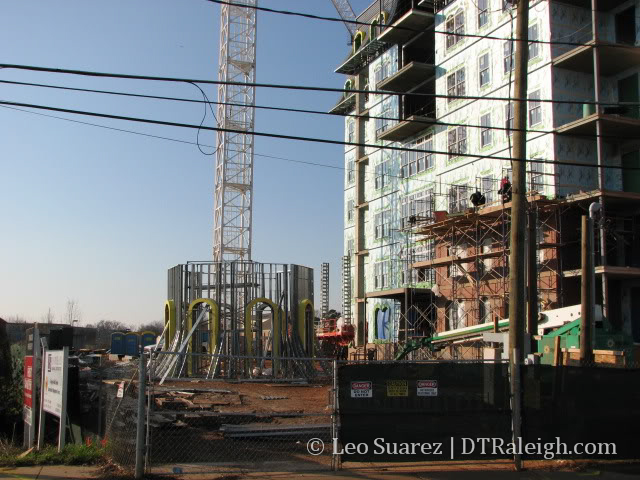 Sidetrack Brewpub is also coming along but at a snail’s pace. The bar is just now taking shape. Perhaps they are planning to open when the first of the BE residents move in. Who knows. 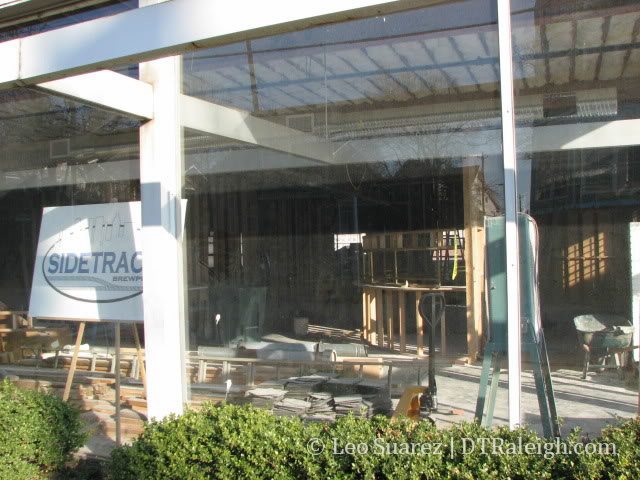 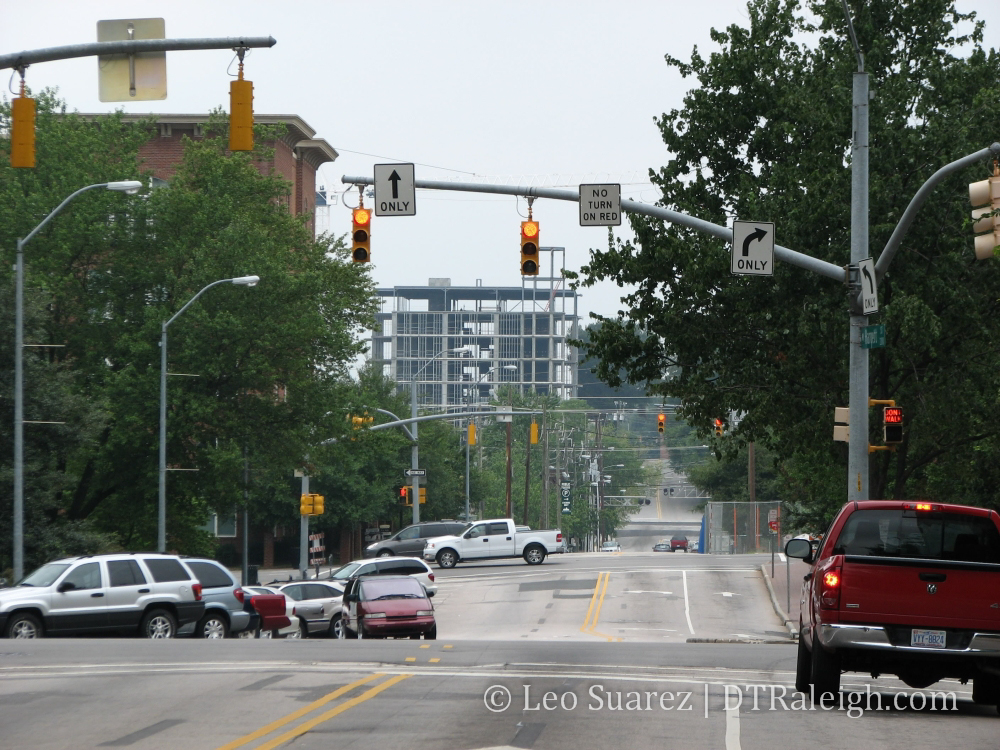 Bloomsbury Estates has slowed down a bit lately. The floors were put up at a pretty normal pace but once they topped out, not much progress has been made. I went out there to take a look and it seems they have the metal siding put up. Hopefully soon they will have the walls up, giving us a good idea of what the building will look like. Although with its particular style, we may have to wait until its finished to see what this one will look like. By the way, I’m a big fan of the view down Hargett St. 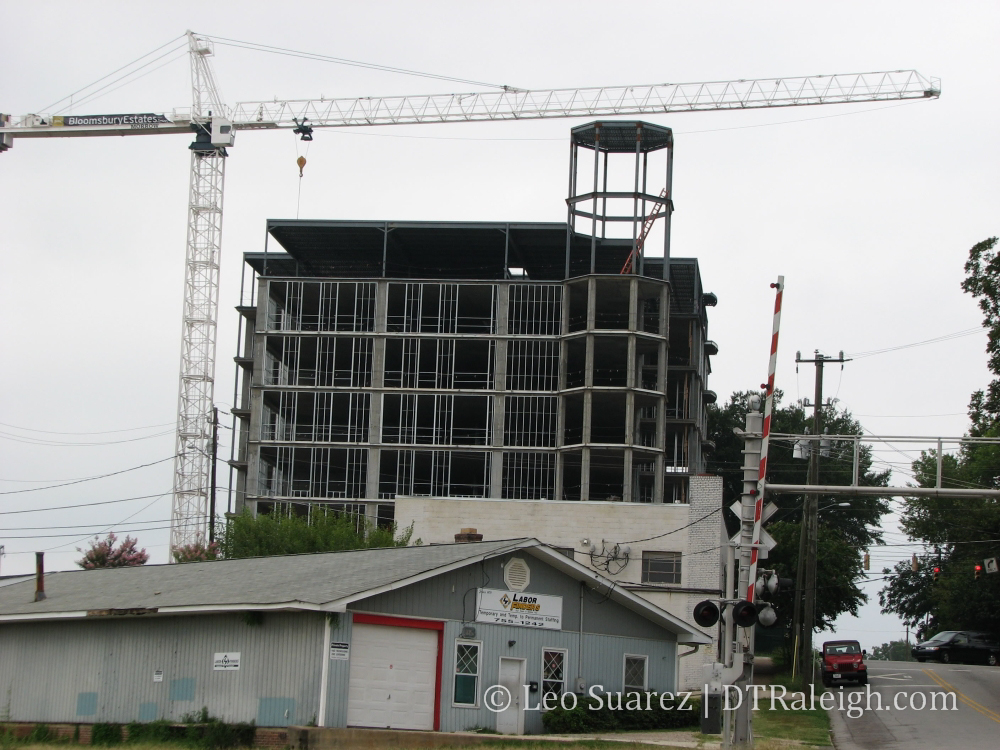 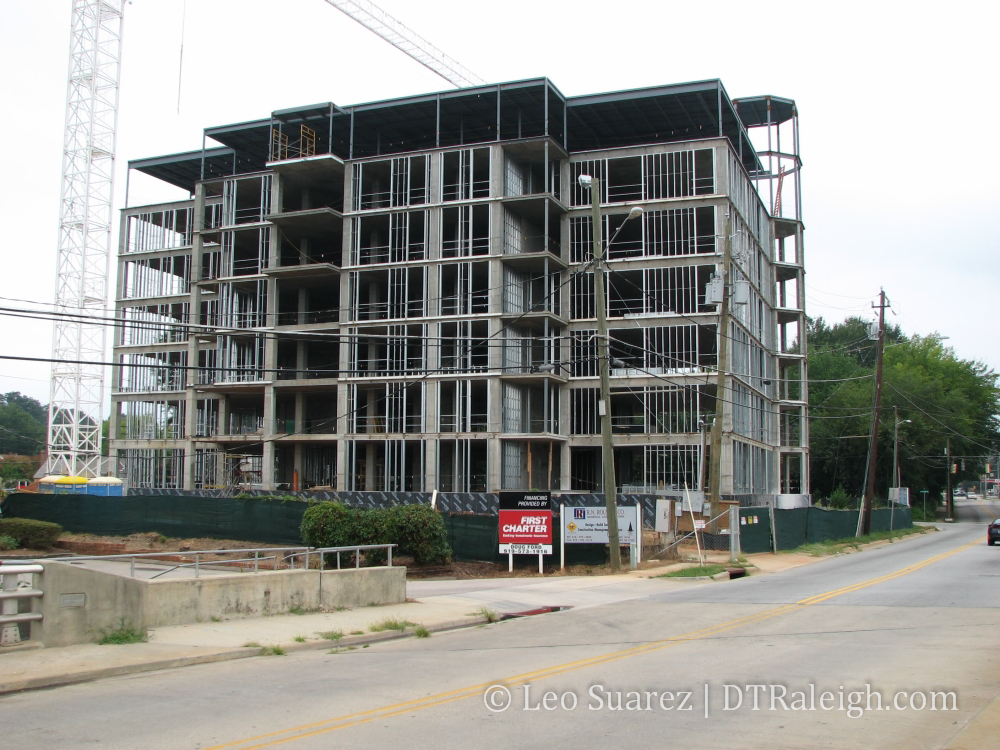 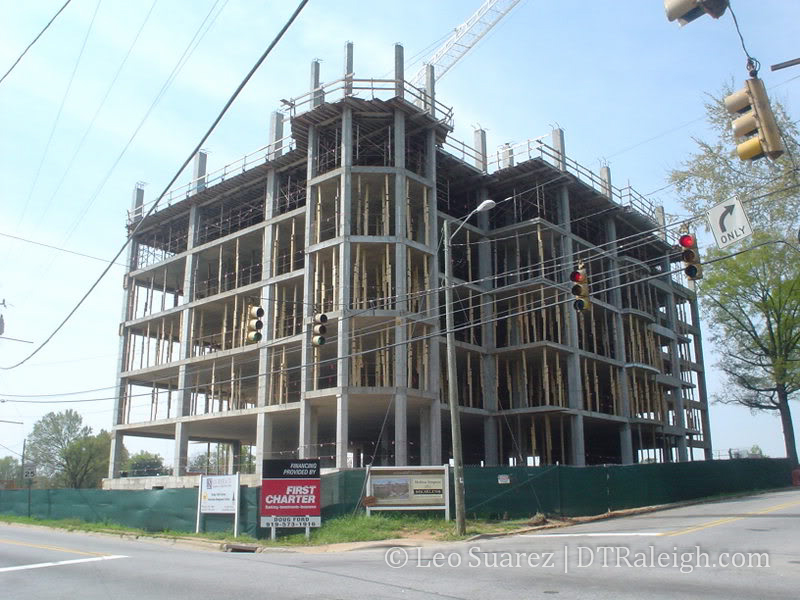 Here’s a quick construction picture of the Bloomsbury Estates project. The area should eventually have two buildings on the lot but only one is currently under construction. They may be planning to focus all the work on the first building to allow residents to move in at an earlier time.