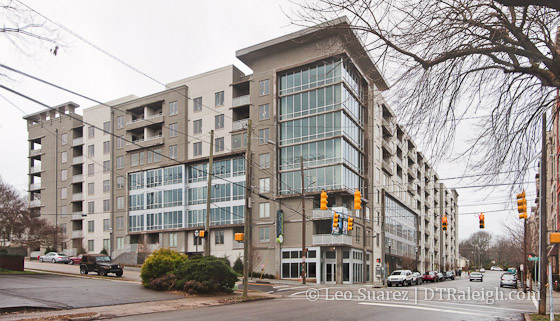 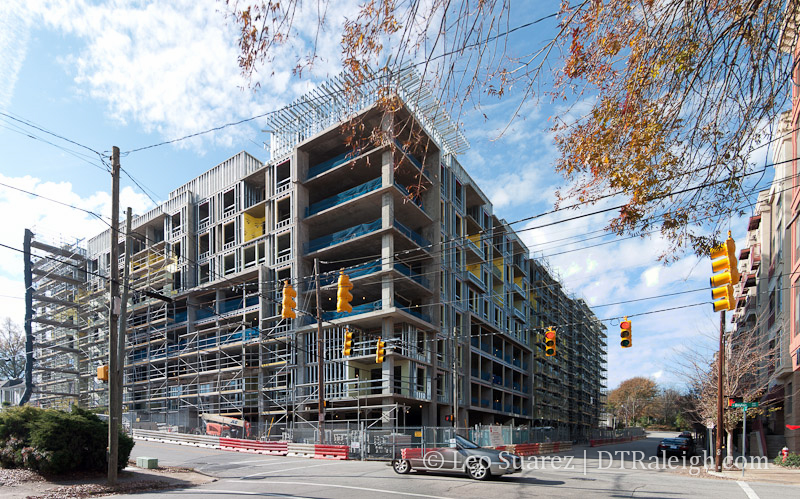 The 261 apartments at 425 Boylan Avenue have really taken shape after a year’s worth of construction. Plans according to the developer’s website state that the project will be completed in the Fall of 2014.

Just a recap of this upcoming apartment building for the Glenwood South district:

An interesting thought that I may queue up for another post is to talk about the walkability between Glenwood South and Cameron Village. 425 Boylan and the other apartments located on the western half of Glenwood South create a dramatic increase in density that walking to Cameron Village should be simple.

From 425 Boylan to the Cameron Village library is a 0.7 mile walk. However, will residents overcome this more barren walk between those two points? Compared to a more interesting 0.7 mile walk, like Glenwood Avenue from Peace to Hillsborough or the CBD from the Nature Research Center to the end of Fayetteville Street, the lack of urbanity between the two destinations may not promote walking as much.

That or horrendous parking at a location may force walking to the forefront.

The apartments currently under construction at 425 Boylan. 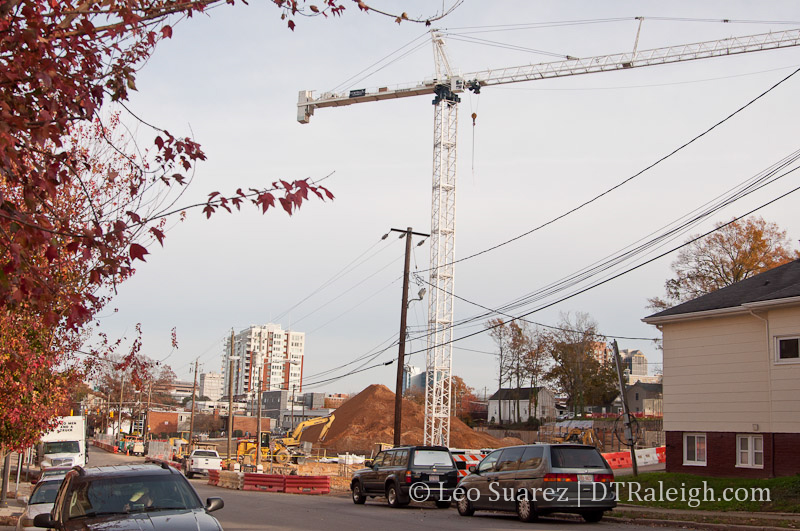 A crane is up at 425 Boylan. This is one of two cranes in the area that are bringing about 400 apartments to Glenwood South.

During a walk this past gloomy weekend, I got a chance to see some of the demolition going on along St. Mary’s and Tucker Street. The rental market is huge these days and developers are reacting not far from the main drag of Glenwood South. About 400 apartments between two new developments will start to be put together after the land has been fully cleared.

The now called St. Mary’s Square will bring about 145 apartments along the southern block bounded by St. Mary’s Street, Johnson, and Gaston Street. We’ve gone over the site plan before and now that land clearing looks almost done, construction should begin soon.

Click on the image below for a gallery of before and after photos of parts of the 600 block of St. Mary’s Street.

E-mail and RSS readers, jump to the post on the web to see the full gallery of images. 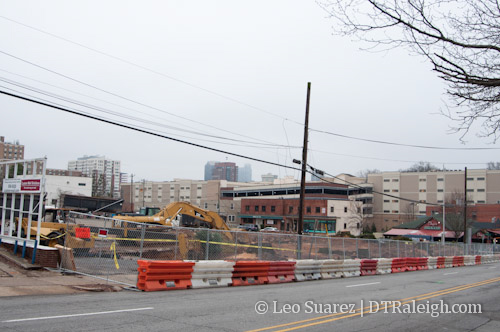 Across the Street from the currently completed apartment building, 712 Tucker, 425 Boylan will be built. Currently, houses have been removed along the south side of the 700 block of Tucker Street and once the land is cleared, the 7-story, 250 apartment building will be put together. The mixed-use building also includes 13,000 square feet of commercial space along the ground floor.

Below is another gallery of images. 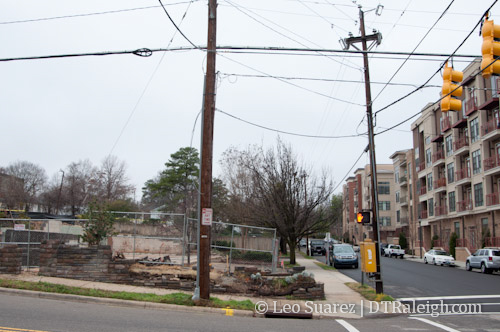 Glenwood South may have the highest population density in Raleigh in a few years. Take Note.