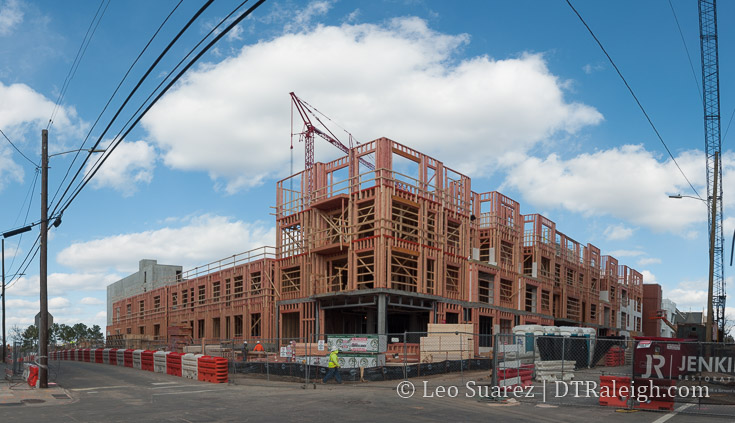 It has been a year since the 2017 fire and things are still not cleaned up on Jones Street.

The Link apartments seem back to normal on the outside and West Street is now open. The Metropolitan, shown above, is rising up again but across the street, there’s still lots of work to be done. The Quorum Center seems to be slowly replacing the entire facade that faces Jones and new brickwork is underway. 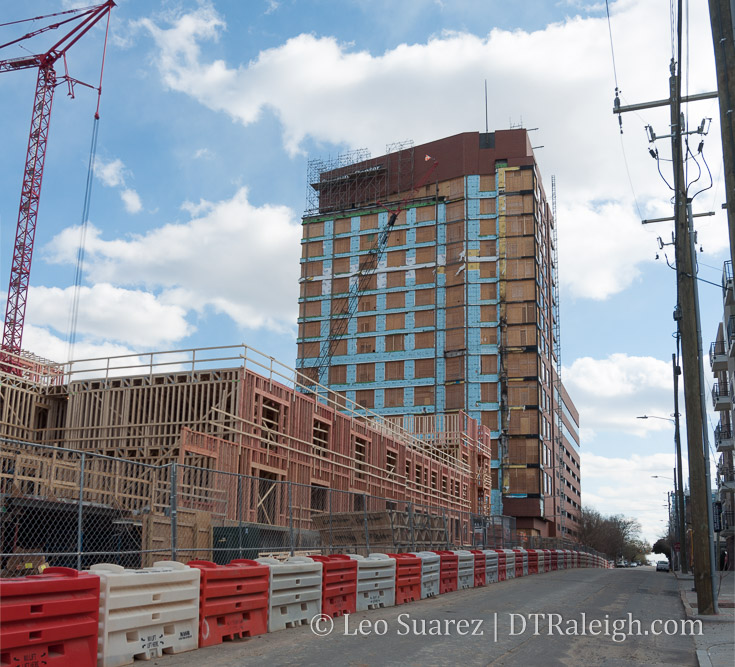 I can’t pretend to feel what those residents are going through still but I will toast it up tonight and hope that Spring 2018 brings leaves AND residents back to Jones Street.