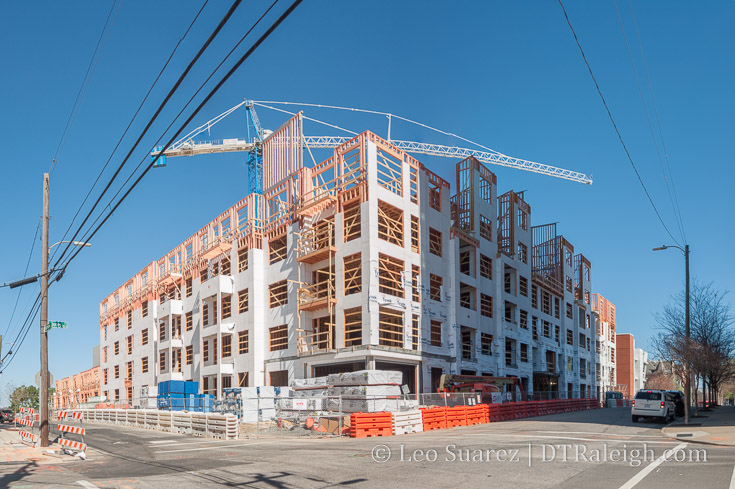 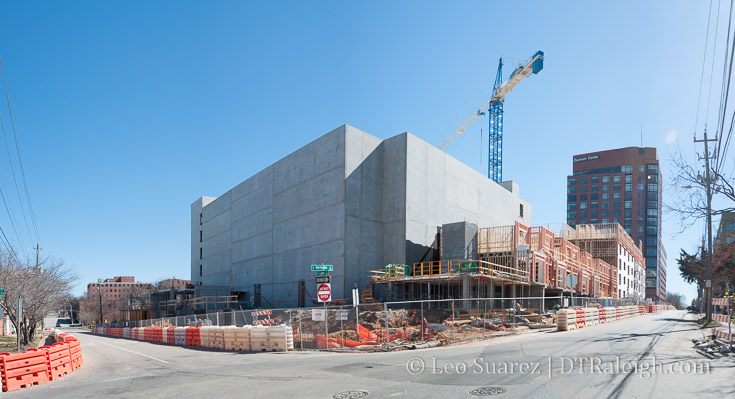 I present two wide shots of the currently under construction The Metropolitan Apartments. Judging by the height of the stairwells relative to the wood construction apartments, the building is almost topping out along Jones Street. There is still a lot of room for more units as you go down Harrington and turn around Lane Street.

At this pace, the units along Jones could have residents moving in before the year’s end. August 2017 was a planned move-in date about 6 months ago, according to the folks behind the project.