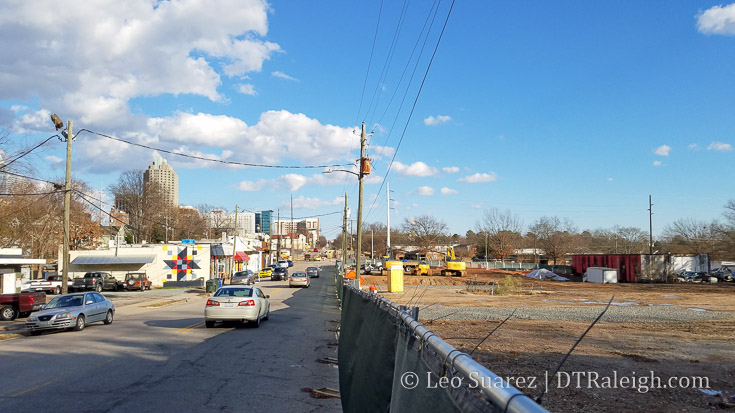 The sites of various car repair shops and the former Ice Market and Grill building have been cleared along West South Street. 42 units of residential are planned for this land, which were covered in more detail in this post.