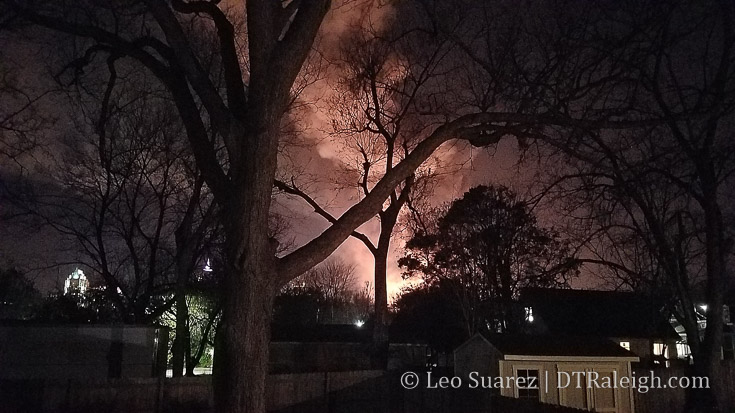 Not much to say here about the fire that took place this weekend. The Metropolitan apartments had just recently topped out and is now burnt to a crisp. Nearby buildings including the Quorum Center and The Link apartments suffered damage as well.

Above is the view from East Raleigh, about 12 blocks away. See the local news networks for more but it is great to hear that there were no life-threatening injuries.

According to historians, this was the largest fire in Raleigh since the 1920's based on response.