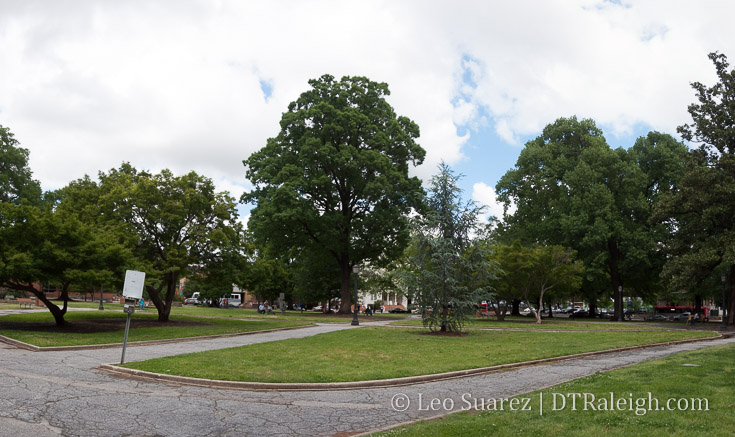 While walking through Moore Square recently, I couldn’t help but feel that the square is primed and ready to go on its upcoming renovation. With the nearby GoRaleigh Transit Station renovation wrapping up, Moore Square’s number is coming up.

Indeed, the square is planned to start construction this Spring but the bus station needs to finish and be able to operate all the bus routes within rather than along the square’s Martin Street side. That should take place on May 1, according to GoRaleigh.

The acorn’s been moved and the bus station’s facilities are up and running. That makes it feel like we’re in the last few weeks of the current iteration of Moore Square.

Also, the city’s parks department has announced a new information center for Moore Square in the Norwood House located next to City Market on Martin Street. The house has seen businesses come and go over the years. There’s a great renovation story, with photos, from Maurer Architecture on the house:

Built around 1877 for Sheriff J.M. Norwood, this 1,600 sq ft historic renovation and relocation project utilized historic tax credits for commercial use. Located in downtown Raleigh near City Market, the Norwood House was home to the offices of Maurer Architecture from 1996 to 2008. This project received the Anthemion Award from Capital Area Preservation and the Sir Walter Award for Community Appearance. 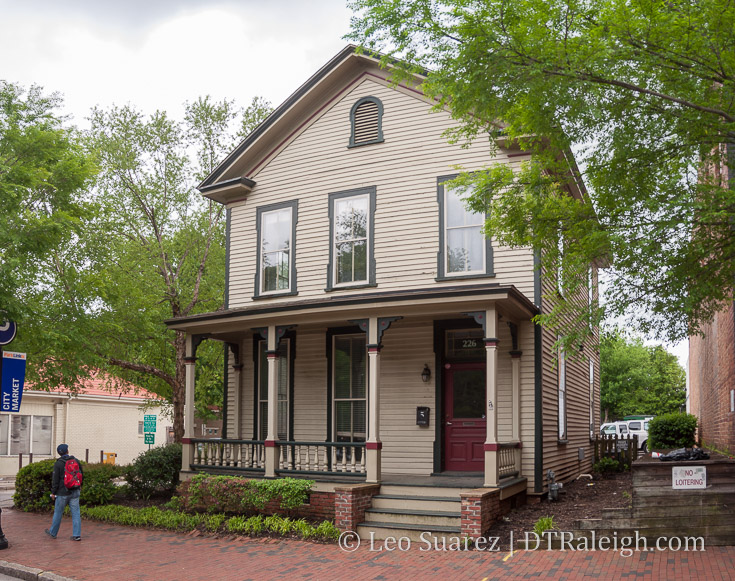 Moore Square has so much going for it organically that it doesn’t need to act like an event space any more, something that I would argue was overdone here in the 2000s. The new design should enhance the spontaneous, spur-of-the-moment occurrences that can take place, an essence being in downtown.

You can see more about the project on the city’s website. The Moore Square makeover should be finished in Spring 2018.