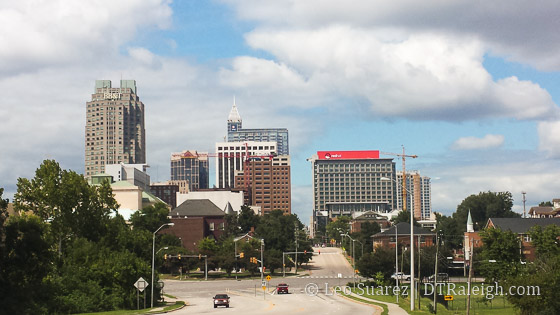 I’m contributing to a new online site called Raleigh Agenda. They launched earlier this month and I’m hoping to expand on some greater Raleigh development and other topics there as an addition to the blog. I recommend you check it out and subscribe to the email newsletter.

I have a post up there now about the city’s southern gateway and the vision plans around invigorating this tired, neglected area of the city. From the article:

It may be ironic then that this area, the Southern Gateway, is lacking the same kind of investment that other areas of the city are experiencing. An extremely vehicle-accessible area with roads like Saunders, Wilmington, MLK Boulevard, and the behemoth, I-40, are actually negatively impacting new investment.

*The City of Raleigh wants to improve the Southern Gateway via Raleigh Agenda.