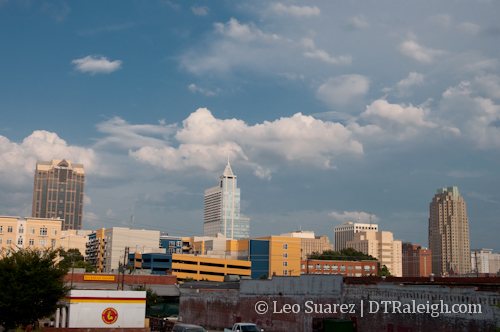 Another year, another Raleigh Wide Open, and another Beerfest are in the books. Back in January, I wrote a post about realistic goals that could happen within a year’s time for downtown Raleigh and I would like to re-visit that list. Read the 2009 Downtown Wishlist first.

I’ll start out by saying what we all are thinking already. The economy has greatly affected each of these items and anything new in the future. A grocery store has been talked about on the blogs and in the mainstream media but it still has not happened for downtown. The closest thing to one was Capital City Grocery located in Seaboard Station but that closed last year in November 2008 and a replacement never came this year.

I think this will actually take more time then most people think. The big box style of grocery store requires lots of nearby residents and with a big parking lot in front so more people can come with their cars. An urban grocery store needs support by lots of residents close by and downtown does not have that density at all. Downtown’s population is not growing much so we’ll have to revisit this as the economy bounces back and people are buying downtown.

This month, the city council approved the amphitheater for the lot to the west of the convention center. Wish granted! 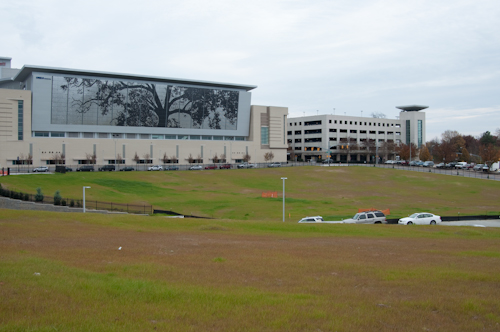 I’ll quote myself from the post back in January:

My dream would be some kind of diner that is always open, serving breakfast, lunch, and dinner 24 hours a day.

It is possible that The Diner could be the one. Internet chatter can’t seem to agree whether it will actually be open for 24 hours or not. Since this place has not opened yet, we’ll wait and see for ourselves.

By the slice pizza and delivery

Sauced opened this year and I’m very satisfied with what they have to offer. Now if we can get delivery or maybe quicker service…you know what I’m not going to ask for too much. Wish granted!

At least one corporate re-location to downtown

I’m not even going to research this one because I am out of touch with the downtown corporate scene. RBC Plaza opened in late 2008 and the bank filled some floors as well as others signing leases in the rest of the building. If anyone can elaborate on the rest of the office space in downtown and how it is fairing, I’m sure readers would appreciate the information.

You could argue that Campbell Law’s move to downtown is similar to a corporate relocation. I’ll take it!

There have been some new additions to the online blog options this year, most with a very focused topic. There’s still a lacking in podcasting or video but that may take awhile to get going. 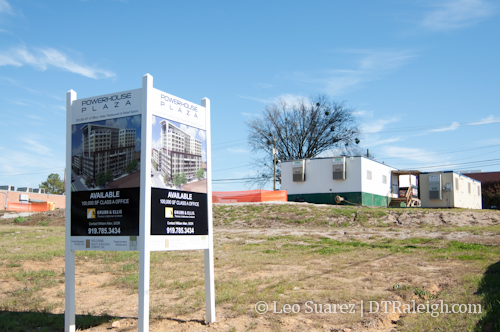