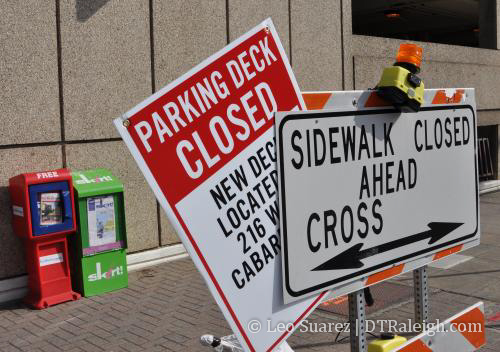 We are getting closer and closer to another day of destruction. Fencing is going up around the parking deck behind the Garland Jones building which is the future site of the new justice center. The new county deck a block down McDowell will open soon and replace the older one.

For what it is, the new county deck is pretty nice. On the ground floor, there is an indoor lobby with city info, mostly maps, of places around downtown. There are also pay stations to make things more convenient.

I had to take a long look at the map that was put up inside the lobby. Here are some things I noticed.

– The new justice center and Clarence E Lightner Safety Center are listed as ‘future’ projects.
– The amphitheatre across from the convention center is listed as ‘planned’.
– Green Square is not on the map.

Interpret it as you will but I’m sure this doesn’t mean much really. I just thought it is a little interesting the things they put on these maps when it comes to ‘future’ or ‘planned’ projects. 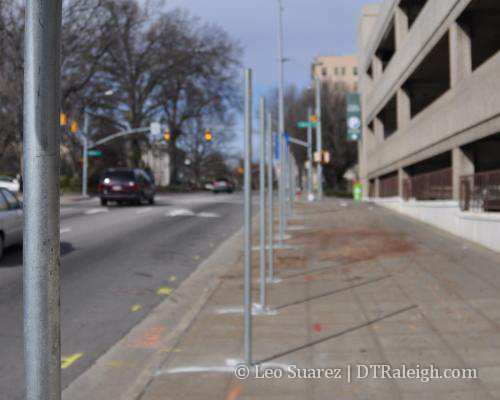 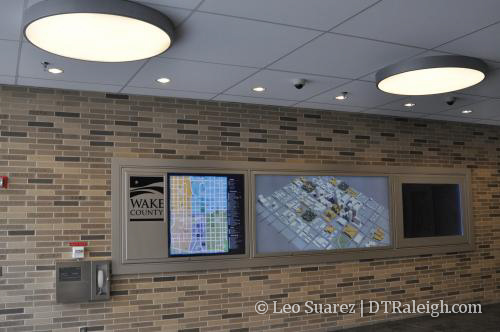 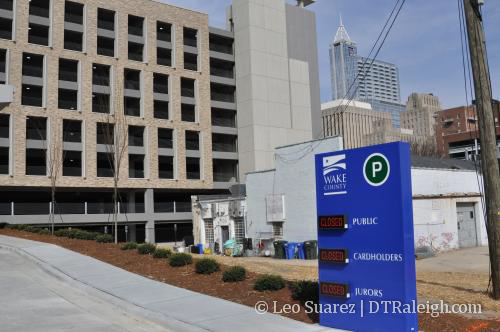