Hopefully by now we are all done mourning the loss of King’s on McDowell St. I hate that an original place and music venue was destroyed to make room for government offices, but I guess that’s progress.

Anyway, King’s has been demolished and there are plans for the site at the corner of Davie St. and McDowell St. A mixed-use building with offices and ground floor shops will occupy the space. Here is some information from the city’s website:

The project would be on 1.74 acres in the northeast quadrant of the downtown block bounded by Davie Street on the north, McDowell Street to the east, Cabarrus Street on the south and Dawson Street to the west. Planned are a 989-space, nine-level parking deck and a mixed-use development consisting of 109,513 square feet of office space and 11,341 square feet of retail space. The site currently is mainly composed of surface parking lots, although a few buildings would have to be demolished to accommodate the project.

I remember the original plan included some condos but that has changed. I like the fact that there is ground floor retail, rather then a solid wall adding nothing to the street presence and livability of downtown. With a good mix of shops, this site could be the spot to pre-game before clubbing in the warehouse district. No plans for the shops have been announced but it is still early. Below are some updated pics of the demolished site as well as the renderings of the finished project, the deck should be open for use late 2008 with the entire project finished sometime in 2009. 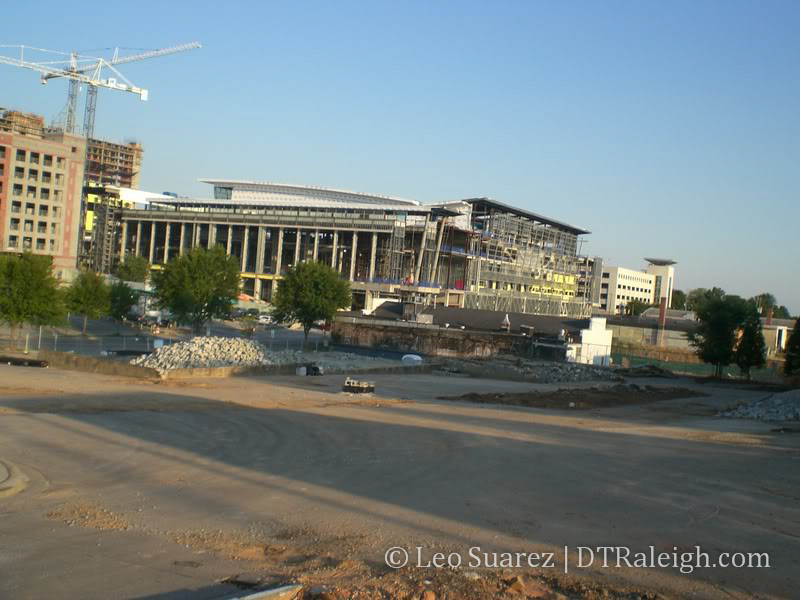 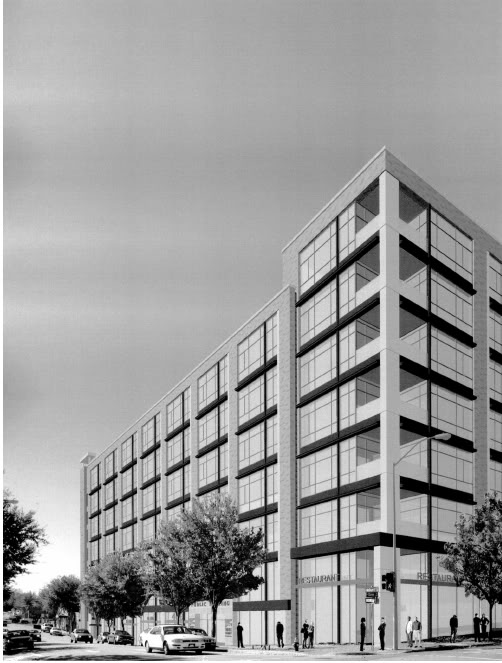 The view walking down Davie St. 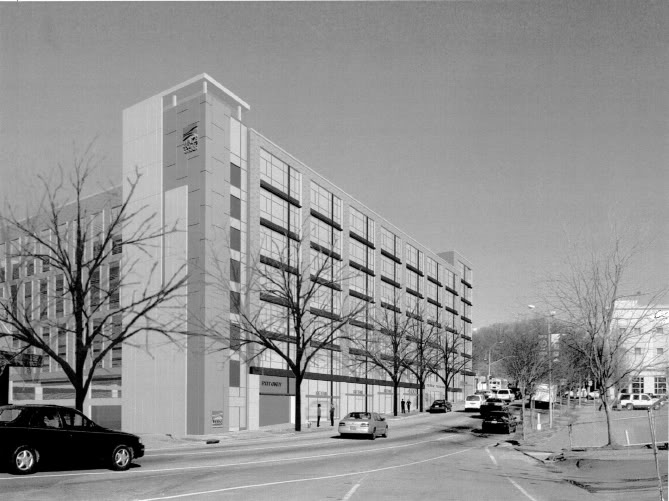 The view off of McDowell St.