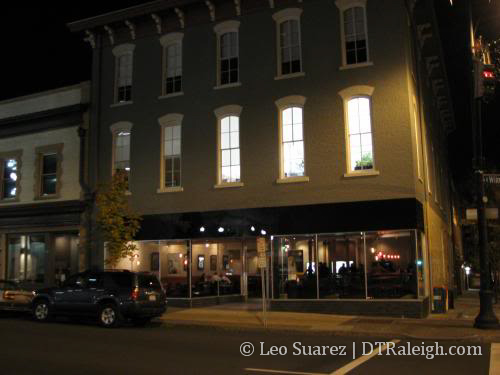 The paper has come down from behind the windows and it looks like Sitti will be opening soon. The authentic Lebanese restaurant, located on the corner of Hargett and Wilmington St., will open on November 24th, according to their website. I love the huge windows and how transparent it is from the outside. The place feels very inviting and I’m eager to give it a try.