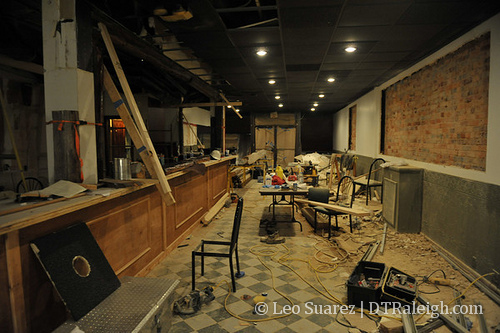 Zack, one of the owners, showed me around and said there would be a focus on local beer and local art. The brick wall, shown in the picture above, will be a gallery showcasing local art. The beer selection is still up in the air but there are plans to offer products from the local breweries. The bar will also be drinking only and right now, the kitchen will be closed.

Also up in the air is the name. A website does exist but the guys have a long way to go until opening and things may change between now and then.

There are many more pictures of the construction progress up on Flickr as well.