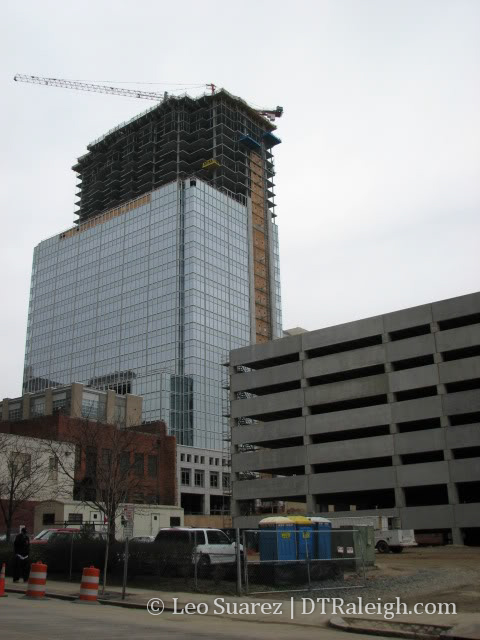 The RBC Deck is being built pretty fast so of course, we already need another update. The construction has topped out and now reached Blount St. At the current pace, this end of the deck will probably be done before April. There is enough of the brick facade up that we get an idea of what we are going to see. I’m really not too impressed but looking at all the other city decks around downtown, should I really expect something great?

This end of the deck has some advantages from what I can see. Blount St. is a one way street and this may prove favorable with traffic flow as cars can only take right turns into and leaving the deck. At first I was shocked at how wide the stairwell was but I’m going to guess there will also be an elevator. The center space will be for RalCon offices retail and in my opinion this is not a bad spot to set up shop. City Market and Moore Square are just across the street and there is no reason to complain about parking here with 1500+ spaces right above. 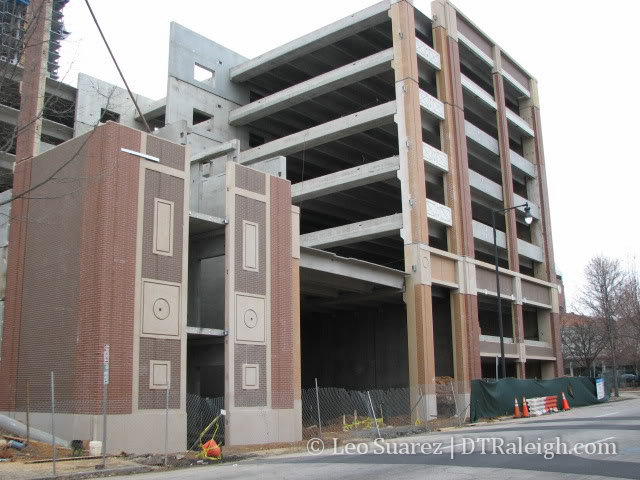 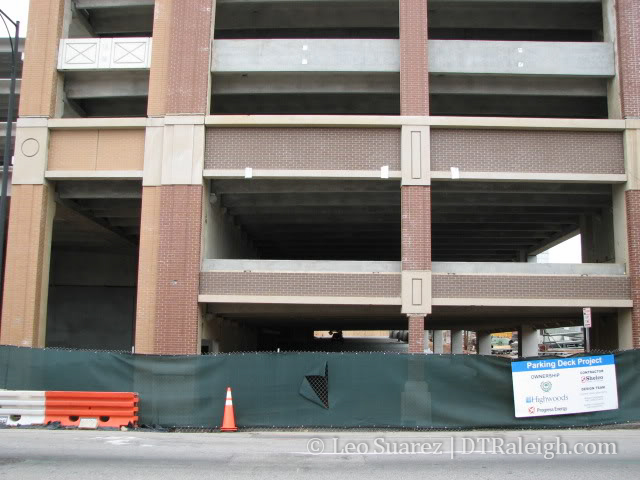 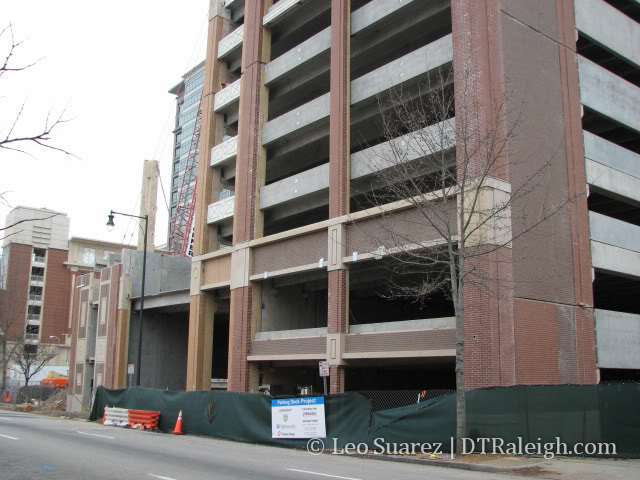