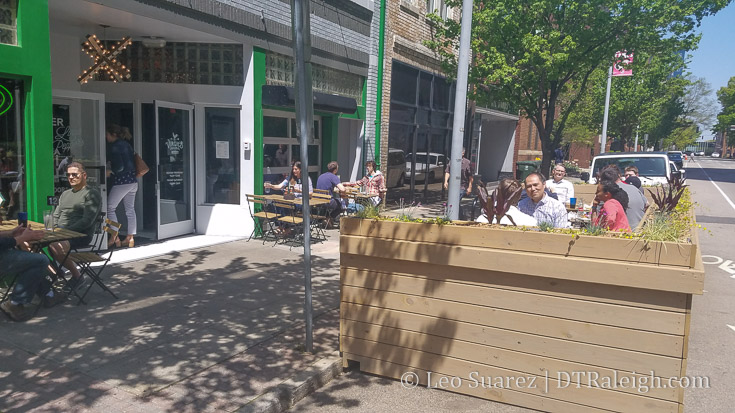 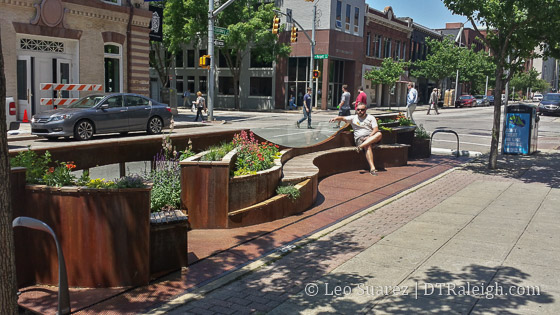 The Raleigh [ ] Space parklet on Salisbury Street is looking real good this Spring. 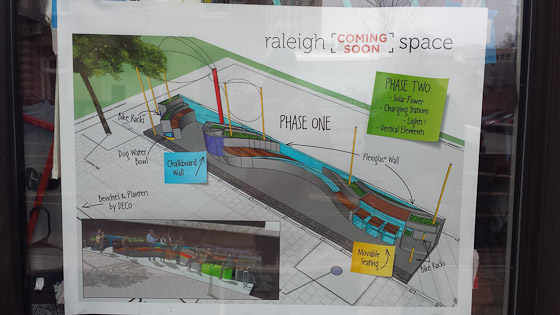 I spotted this poster right in front of the Raleigh Space Parklet located on Salisbury Street. It gives you a good idea where Raleigh’s first parklet is heading. Since we last saw it in November, the space is hugely different and looks to be almost finished with phase 1. 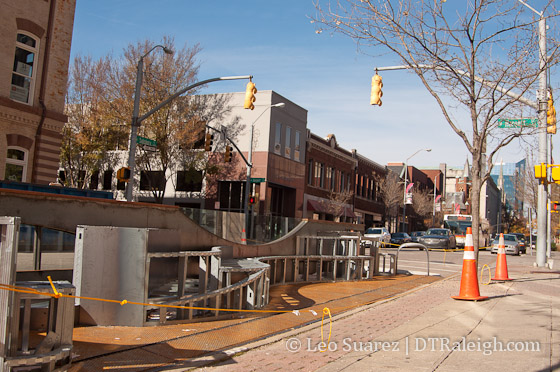 The Raleigh Space parklet on Salisbury Street continues to evolve and the team is still working on it. The parklet was installed in early October and is Raleigh’s first. 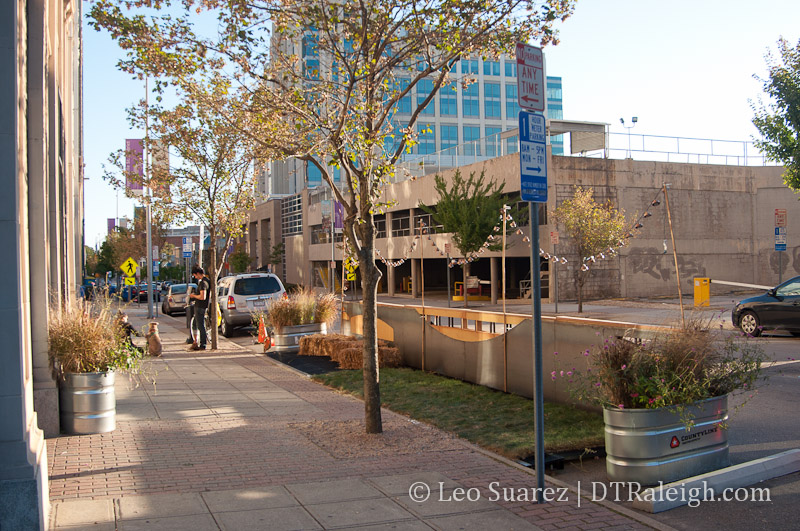 Raleigh’s first parklet at Salisbury and Hargett Street opened last week during the city’s Wide Open Bluegrass, an event that was part of the IBMA’s World of Bluegrass. They opened it up with live music and now the parklet is open for use.

Come check out @raleighspace and listen to some Kickin' Grass band! pic.twitter.com/Cr514GdtQY

Also, check out this fun video of the team behind the parklet putting it together. Congratulations to all of them and thank you for bringing something unique to downtown Raleigh!

The folks behind the Raleigh [ ] Space project, which plan to bring a parklet to Salisbury Street, are trying to raise awareness for their Kickstarter campaign. I want to pass along the message that an anonymous donor has emerged with plans to match the funds but only through Friday July 4.

If you’ve seen it before and are holding off on contributing, please consider it this week for this very reason.

The Salisbury Street parklet would be the first in downtown Raleigh. The funds would be used for materials, permits, and the cost of the parking fees as two spaces will be displaced for this community space.

For more info, jump over to RaleighSpace.org 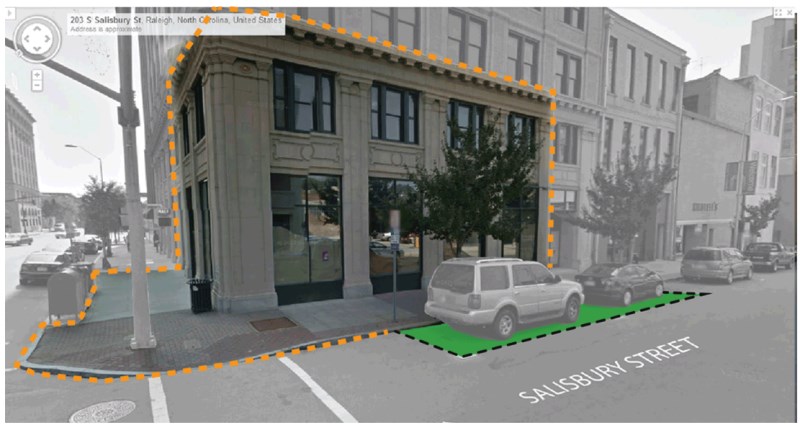 Approved last year, Raleigh folks are now working to bring the first parklet to downtown this year. Raleigh [ ] Space is a new initiative consisting of downtown business owners and members of the NC State College of Design to bring the first parklet to the city. The project is still coming together so make sure to keep an eye on it as they work towards their Fall 2014 completion date.

An excerpt from the Raleigh [ ] Space site.

Our logo reflects our vision. This parklet is a space with endless possibilities. It used to be a parking space, and it will be even more than a space to be enjoyed by pedestrians, bike riders and motorists; we envision a space that will house an ever-changing array of design installations. At the same time, we envision functional components that are in high demand on this corner: a place to park/lock bicycles and strollers, a dog-watering station, and possibly amenities for alternative vehicles. Insofar as it is possible, the parklet will be self-sustaining (reclaimed water, solar power).

Follow them on Twitter and stay tuned for a kickstarter that will help the team get to their funding goal.

Also, make sure to walk down to Salisbury Street this week during First Friday for a teaser of the new parklet. 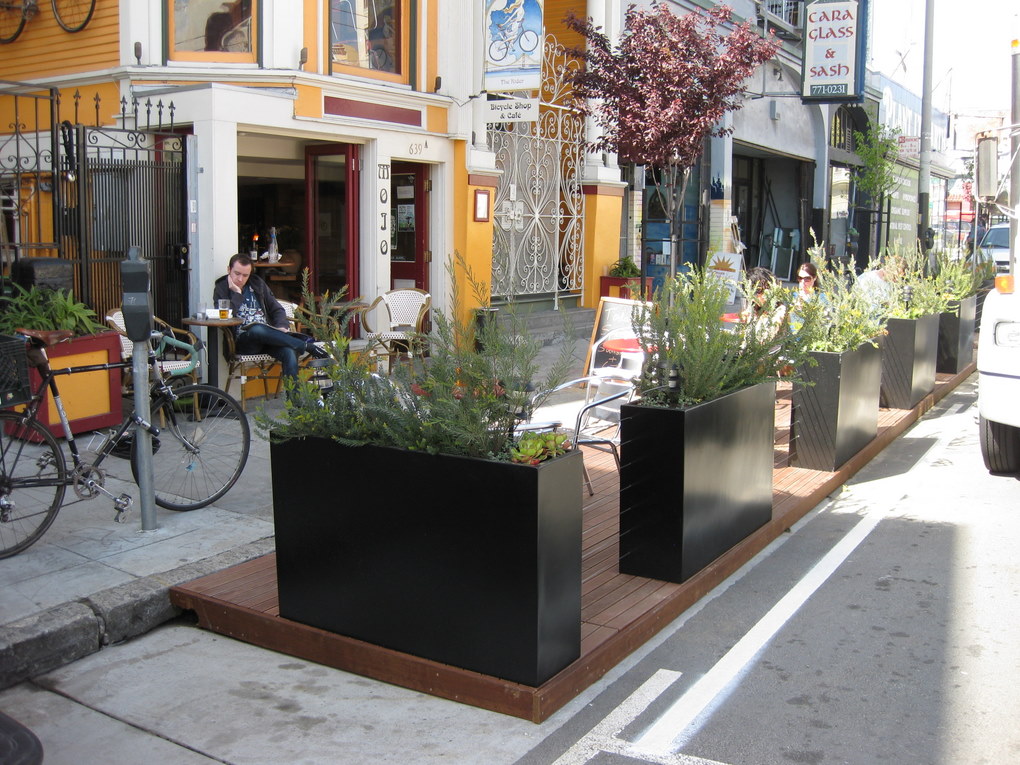 Raleigh’s Urban Design Center is hosting a meetup next week to discuss parklets. These ‘sidewalk extensions’ or ‘pop-up mini-parks’ are a new trend in urban areas that attempt to bring more public space to pedestrians. Wikipedia states:

Parklets are intended for people. Parklets offer a place to stop, to sit, and to rest while taking in the activities of the street. In instances where a parklet is not intended to accommodate people, it may provide greenery, art, or some other visual amenity. A parklet may accommodate bicycle parking within it, or bicycle parking may be associated with it.

If you look at the photos in this post, you’ll see some examples of parklets in other cities.

According to the flyer for the event, attached at the bottom, the folks at the UDC will be presenting their preliminary research and want to get your feedback about parklets in Raleigh.

A big positive to having parklets is that it adds more space for pedestrians to sit and linger. Already an area with very low parkspace per citizen, downtown Raleigh doesn’t have room to add more parks in the traditional way so parklets, in combination with other more urban tactics, could be the solution.

There’s also an economic activity advantage because the shops and restaurants in downtown thrive with an active sidewalk life.

One negative is that public street space, more specifically on-street parking spaces, have to be given up for these parklets. While that might make public officials wary of parklets, citing concerns about loss of revenue, I question the reality of it. Does a few less on-street spaces really result in a loss of revenue?

In my opinion, I would think that it doesn’t matter since downtown currently has a gross oversupply of parking spaces in the decks. Hopefully the UDC has some thoughts on this and how other cities have addressed this fear. 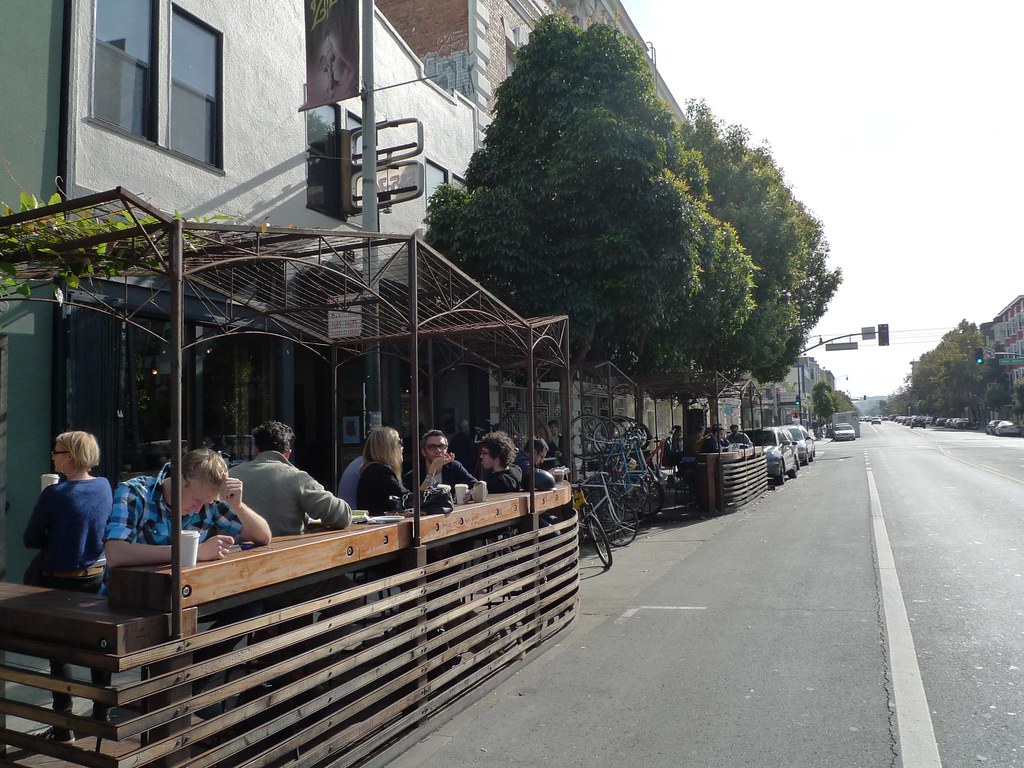 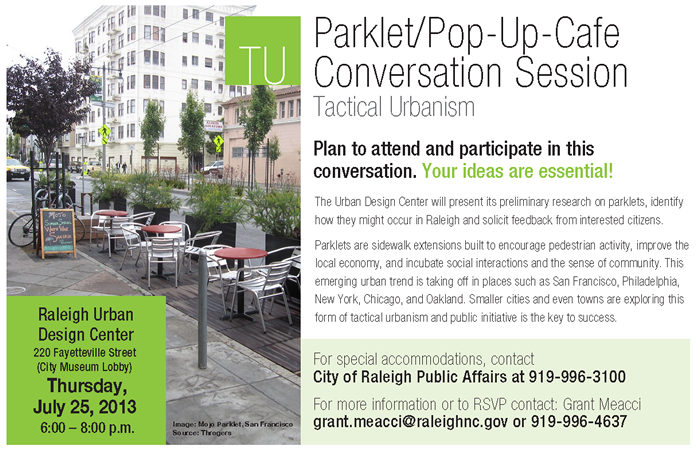