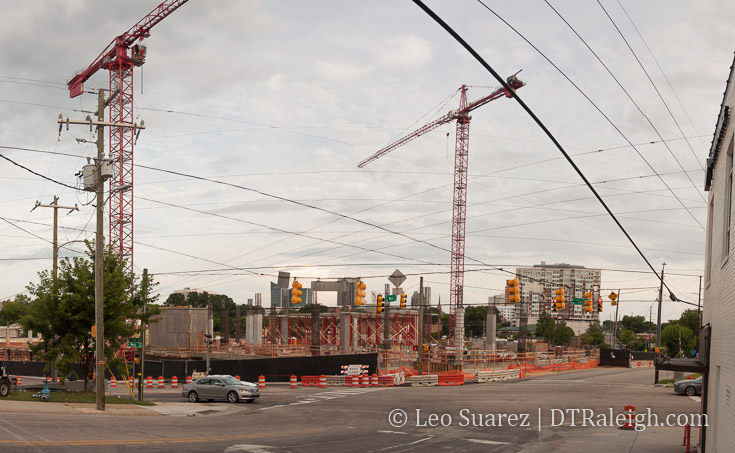 With two cranes now operating over the Smokey Hollow site, I thought it would be a great time to walk around and check things out on a nice June evening. Nearby, the new Capital Boulevard bridge is also being worked on and it seems like all of these things are part of a wave that wants to open around the same time.

First, we need to review the new street configuration coming to this area. Parts of Harrington Street have been removed while Johnson Street will become reconnected. See the before and after maps below. 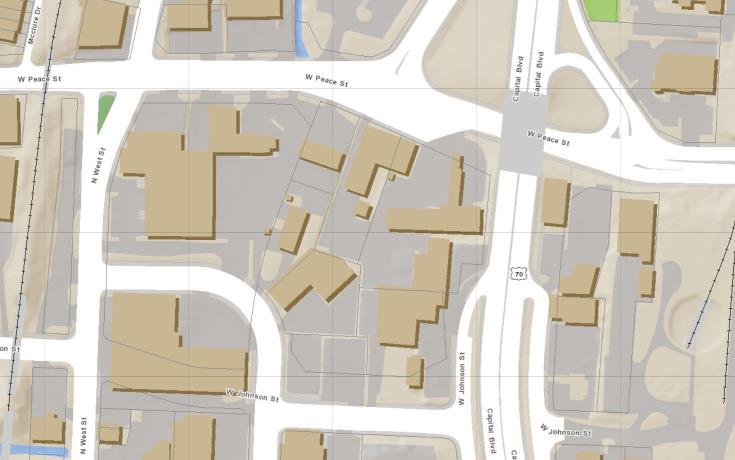 Map of Smokey Hollow area before 2018. 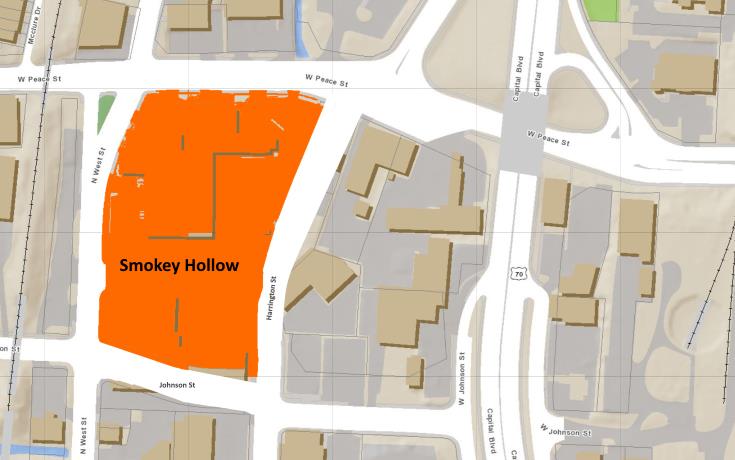 Map of Smokey Hollow area after 2018. (square loop not included)

The “Harrington Curve” is now gone and instead extends the street to Peace. At the intersection of Johnson and Harrington, you can see the future extension as the buildings have been cleared. Here’s where the walk starts staring to the north. 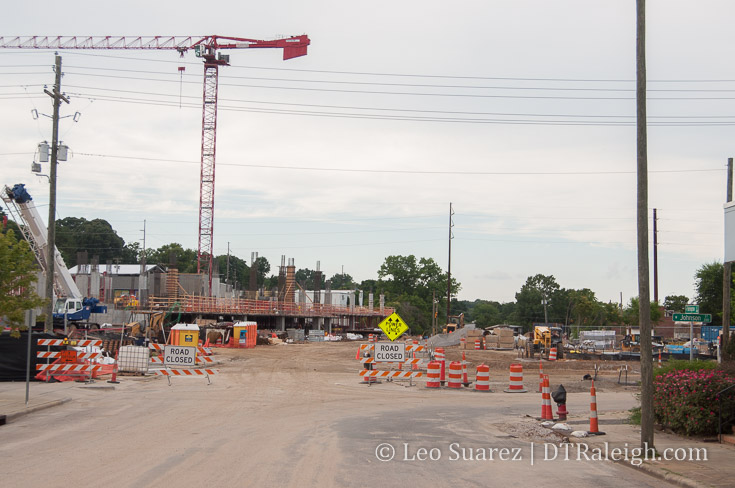 Intersection of Harrington and Johnson. June 2018.

Getting to West from this point is basically a pedestrian/bike only alley as the new Johnson Street connection isn’t in place yet.

Along West Street heading north to Peace, we can start to see the buildings of Peace at West starting to come up. What was once an area of suburban-style, one-story buildings will now have 12-story towers along new urban sidewalk. The change will be quite dramatic and there’s plenty of space for more. 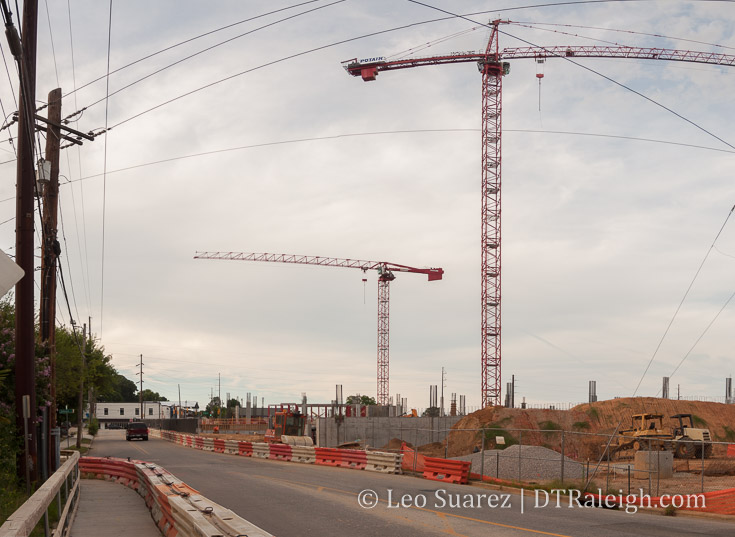 The building is just starting to rise up so you still have to use a little imagination to get a sense of what the intersection of Peace and West will look like in the future. Soon, Peace Street will start to resemble its future self as more lanes open up as part of the bridge construction.

Enjoy that view looking southeast while you can cause this building will go up fast!

There are temporary lights at the future new intersection of Harrington and Peace where you can look towards the south at the beginning of this walk. No doubt, Peace at West will hug some prominent streets, basically all the ones we’ve discussed. 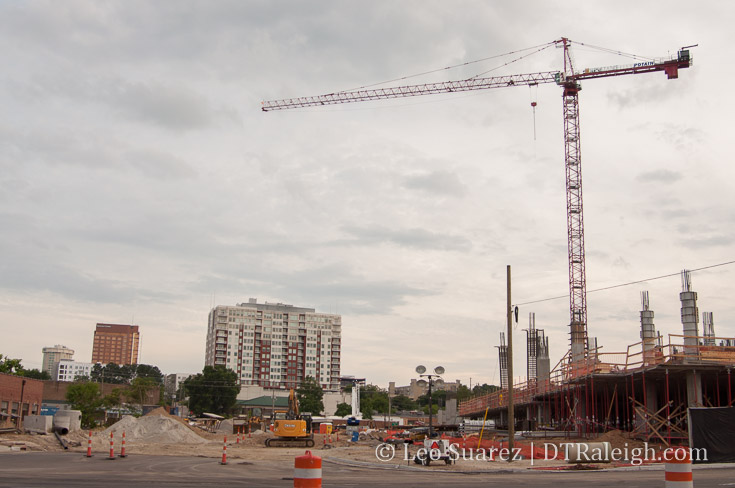 Peace at the future intersection with Harrington. June 2018. 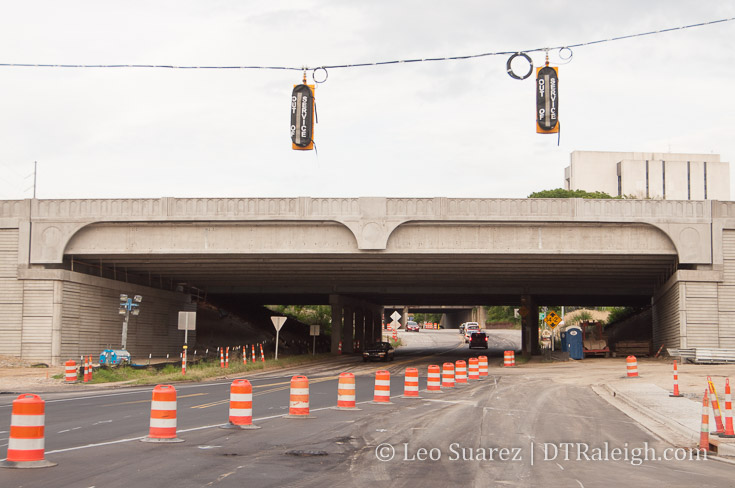 Getting back to our starting point takes us south straight down the future Harrington Street to its intersection with Johnson. The Rollins Cleaners and other older buildings are still up on the eastern side but that may not be a surprise as demolishing a dry cleaner typically involves extensive environmental cleanup efforts that take years. I wouldn’t be surprised if that is the case at this site. 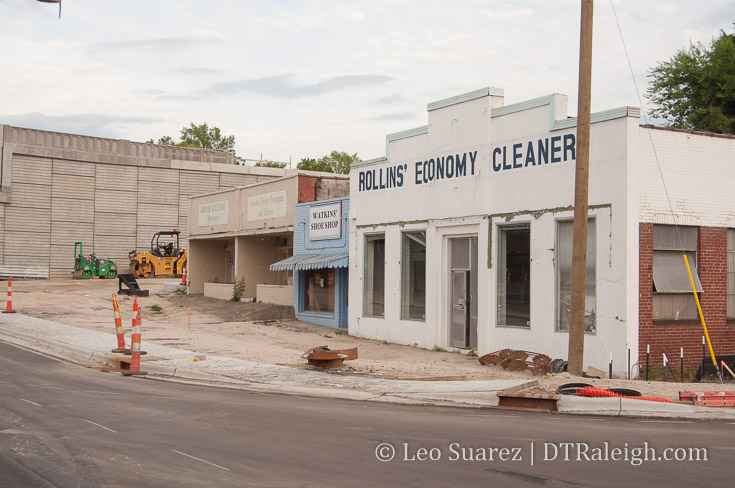 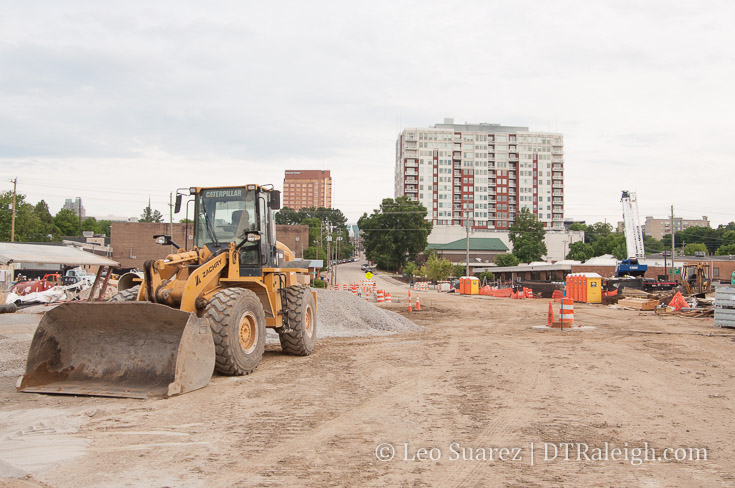 We’ll check back in later for sure!

Join the conversation on this project over at the DTRaleigh Community.