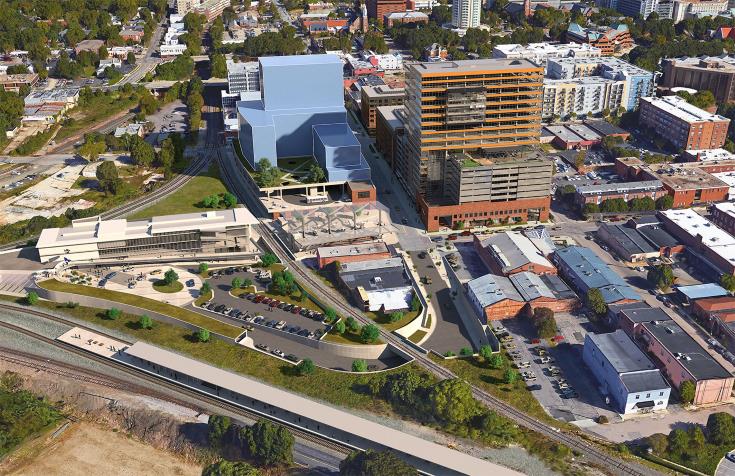 With a ribbon cutting date set (April 30 at 9:30 am by the way) for Raleigh Union Station, it is never too early to take a look at a new project nearby. For years, plans have been light about integrating buses near Union Station that there hasn’t been much to post about. However, within Wake Transit’s Fiscal Year 2019 Draft Plan, details arise about the bus facility planned next to our newest train station.

A hat tip to a long-time reader for pointing me to the rendering above, showing what such a bus station could look like. 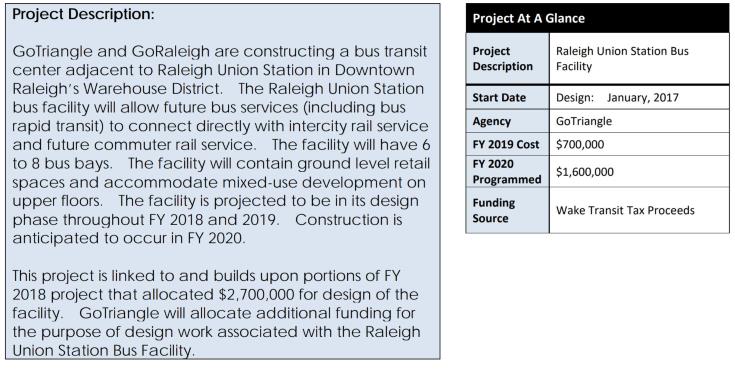 Located across the street from The Dillon and pretty much the only adjacent property to Union Station, I think it should not be a surprise that this building is set up for some major changes in the coming years.

The rendering, which readers should take with a grain of salt and is nothing close to final, suggests what a mixed-use bus facility could look like. 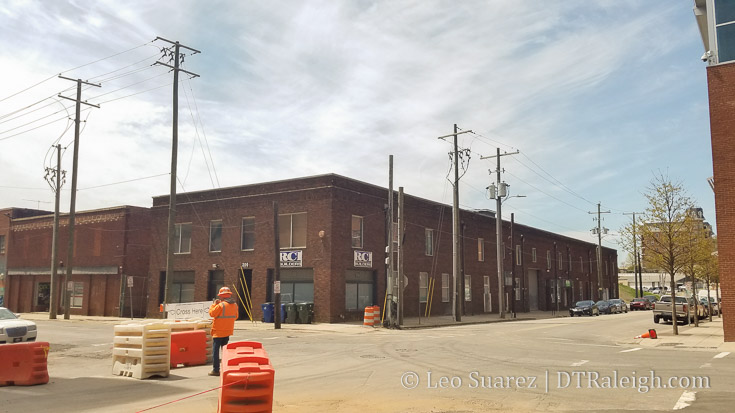 The Triangle Transit Authority already owns the buildings. With a zoning of DX-12, (Downtown Mixed use, 12-story height limit) I imagine a public-private partnership is in order to put some office, for example, over transit in this area.

I’d like to think too that The Dillon and nearby Citrix have also paved the way for how warehouse development can happen in the Warehouse District. There’s no reason this facility could not attempt to keep some of the character that exists here. 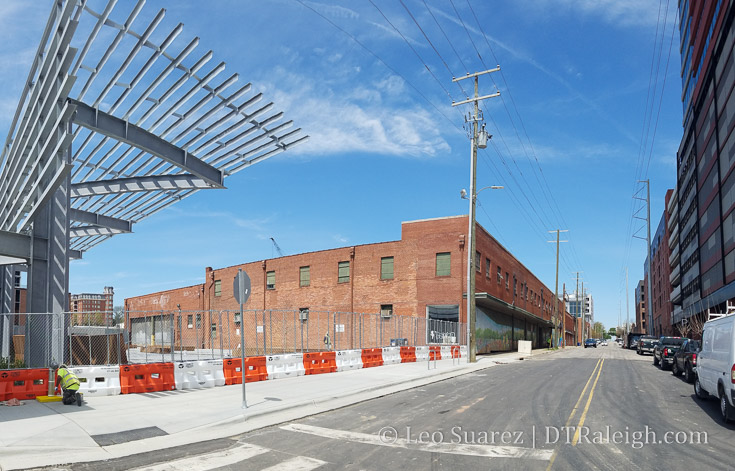 This area will truly be our city’s transit epicenter and as the Wake Transit plan comes together through 2027, I see nothing but increased pedestrian counts here.

Coupled with all the changes coming to West Street (here and here) overall and how planners working on Dix Park want to connect downtown, these are all huge moving pieces that could really click in the future to make a great western side of downtown Raleigh.