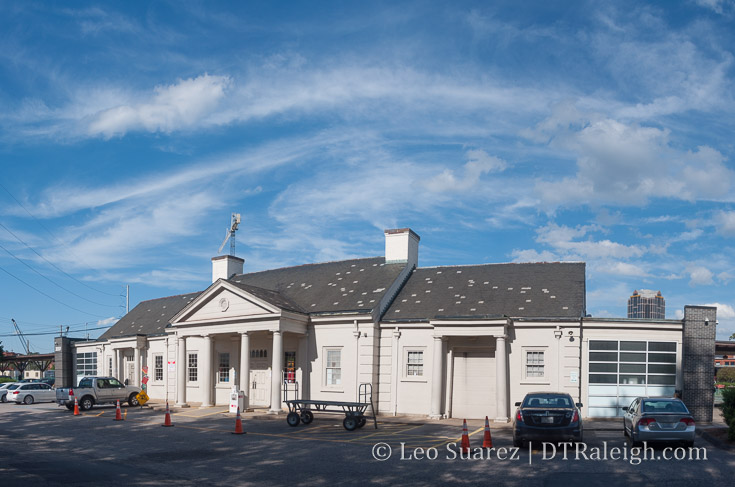 Shown above is a photo of the Raleigh Amtrak Station in October 2017. I show this because the Triangle Business Journal had an article stating that once our new train station, Raleigh Union Station, opens this year the former station will be demolished.

Perhaps the archivists, including myself, need to get down there to photograph the station before it’s cleared.

The North Carolina Railroad Company, owners of the building and nearby property, have not announced any firm plans yet for that area. Your guess is as good as mine but I’m betting on a more functional use such as surface parking for train-related or utility-type vehicles. (at least for the foreseeable future)