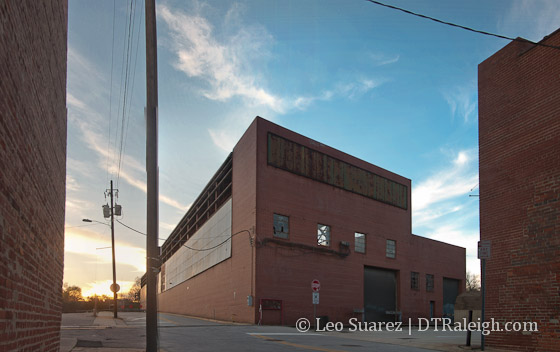 Another sunset over the future Raleigh Union Station. The planned March 21 groundbreaking was delayed and it looks like it’ll be this summer before we see any activity here on this site.

If you didn’t catch it, March 21 of this year was the 175th anniversary of the first train line to be completed in Raleigh. It was highlighted in an interesting article on This Day in North Carolina History.