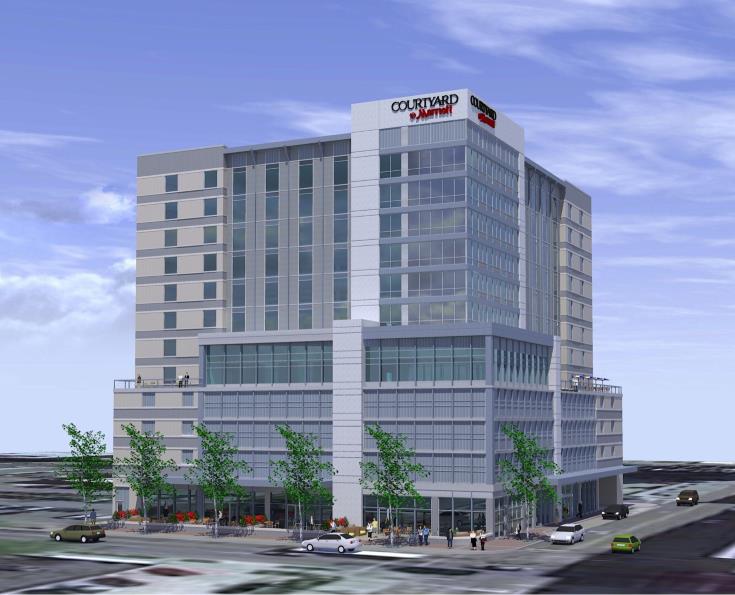 That’s it. 2017 is going to be the year of the downtown hotel. However, you could probably see that coming if you really paid attention last year, right?

Anyway, let’s take a look at the recently submitted plans for a hotel on McDowell Street, one of a few in the pipeline for downtown. Above is the latest rendering submitted to the blog from the local developer, Winwood Hospitality Group. A big thanks goes out to them. (Note to the commenters who’ve talked about this already, this rendering is slightly different than the one shown in the N&O)

SR-003-17, the submitted plans on the city’s development page, shows a 192-room, 12-story hotel and parking deck for the Enterprise Rent-A-Car lot along Cabarrus Street between McDowell and Gale Street. See the map below to get an idea of the proposed hotel’s footprint. 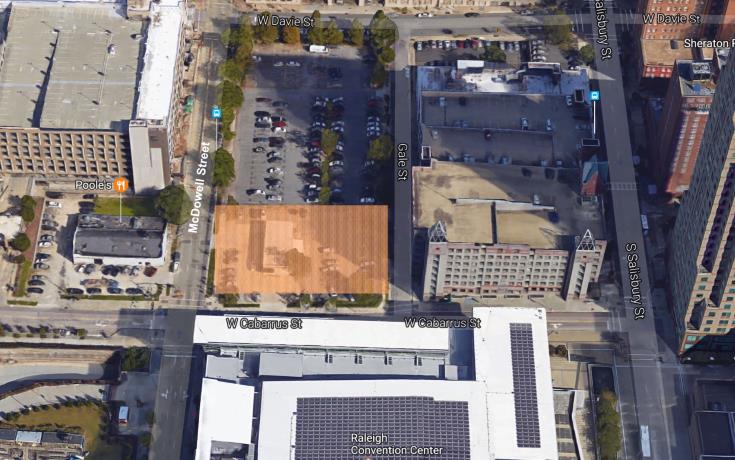 Click for larger snapshot of this 3D view from Google Maps. Site of the new hotel is highlighted. 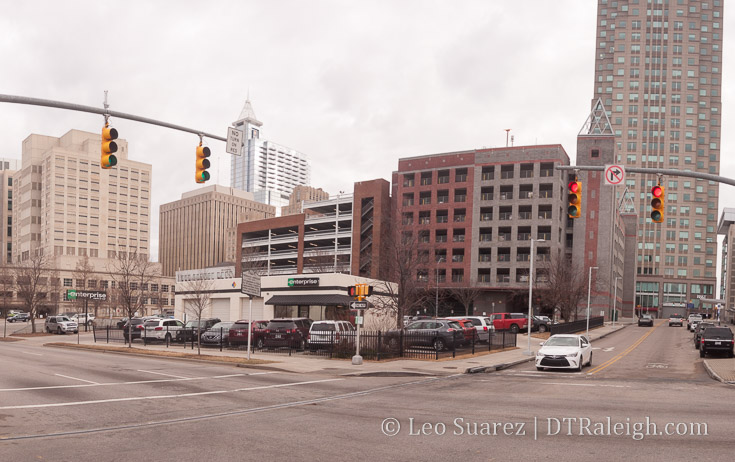 The new hotel would be a Courtyard Marriott brand and the building footprint would pretty much consume the entire property. Taking a look at the site plan, you can guess that the planned restaurant and retail spaces would face McDowell Street with the lobby entrance and parking deck along Cabarrus. I’ve included it below for your convenience. 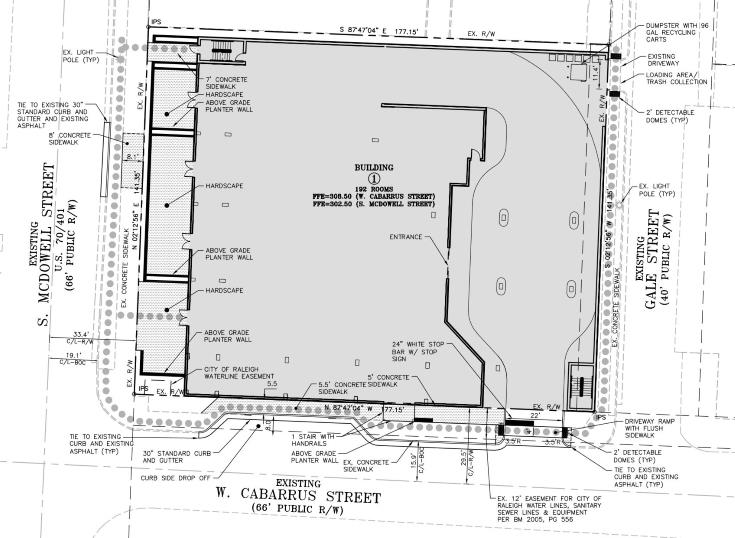 Looking at the area, it’s unfortunate that even more parking was added to this hotel as a plethora of decks are available directly next door. I can’t back it up with stats but perhaps there might be a way to leverage underutilized spaces for the hotel rather than adding even more supply to downtown. I’m curious to see how many spaces are built here as downtown hotels only require 1 space for every 2 rooms. 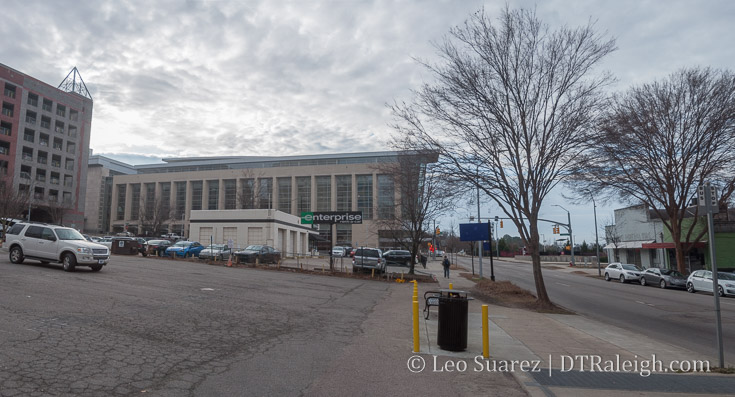