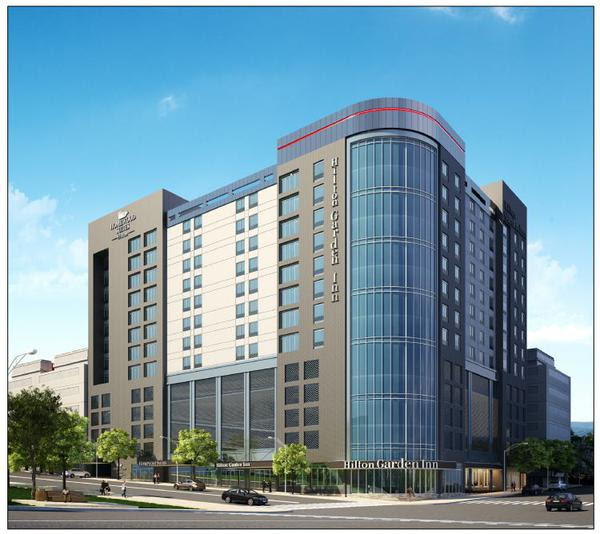 Rendering of the Hilton Garden Inn planned for the corner of Davie and McDowell Streets.

Coming up during this week’s Raleigh Appearance Commission meeting are plans for the 13-story, 158′ Hilton Garden Inn tower. This project is planned for the northwest corner of Davie and McDowell Streets. With a ground floor lobby, floors 2-5 are for parking, and 6-13 for hotel rooms.

After looking at the documents shared in the meeting agenda, the site is predominantly replacing the Turn Key Tire shop that sits right at the corner along with the brick, one-story warehouse that runs along Davie Street. As a result, if I’m reading this right, the building next door with the trophy shop will also be removed too and the tiny little building nearby along McDowell.

And what a cleanup job this will be as tons of utility lines and terrible sidewalks will be removed and replaced, in front and around the building. Behind it, a public alley will be built for loading/unloading of trash and other services. There’s a vehicle entrance on Davie Street and the plans don’t quite show exactly how the lobby and any potential retail space is broken up. 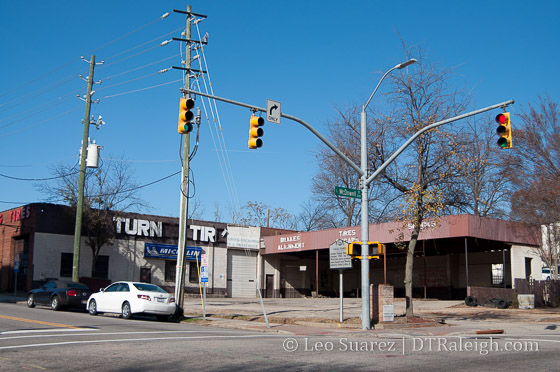 In my opinion, this is probably the best looking hotel proposal in recent memory. The urban form is great and is adding density to new areas of downtown that essentially has none. Bravo to the team behind this project and let’s make it happen.