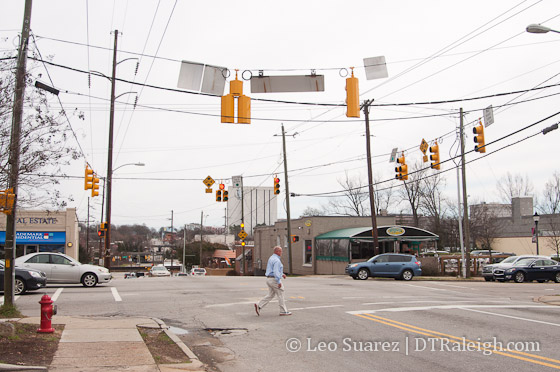 Here’s a project that’s moving forward after being on hold for a few years. Peace Street West, referred to as the street between West and St. Mary’s Street, is due for some streetscape improvements. This will include new sidewalks, burying of utility lines, consolidation of driveways, and other enhancements to this part of the street.

To get right into it, go straight to the project page on the city’s website: Peace Street West Streetscape

A lot of talk and focus has taken place over the last few years about improving Peace Street. The street is a major east/west thoroughfare with high traffic counts. Capital Boulevard and the railyards to the north and south have created a kind of bottleneck. No urban street grid exists in this area unfortunately.

North of Peace, the only way to cross Capital Boulevard by any mode is at the crossing where Wake Forest Road becomes Atlantic Avenue. To the south is a pair of one-way streets, Jones and Lane Streets. With so much separation and traffic counts hovering above 50,000 vehicles a day on Capital Boulevard, it’s no surprise that this area is dominated by car-centric development.

Peace Street West could be one-half of the solution as “Peace Street East” is due for some improvements also. Those are coming through the Capital Boulevard bridge rebuild and the Square Loop plan.

Diving into the Peace Street West information from the city’s project page, here are some highlights: 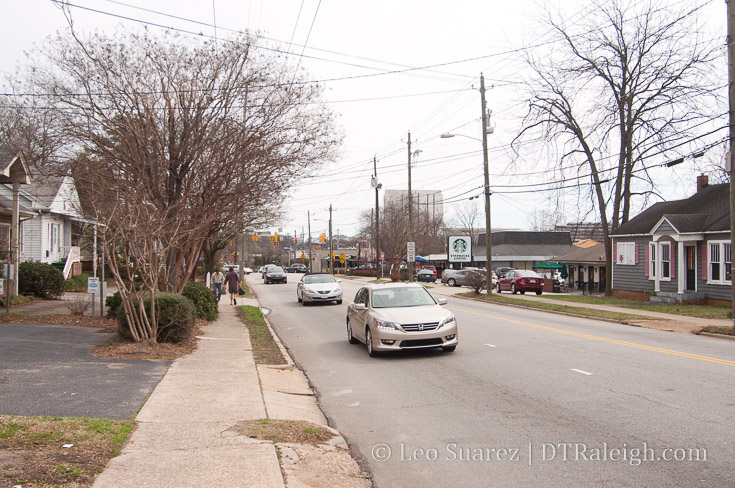 According to the project page, this project should be completed by Summer of 2016.