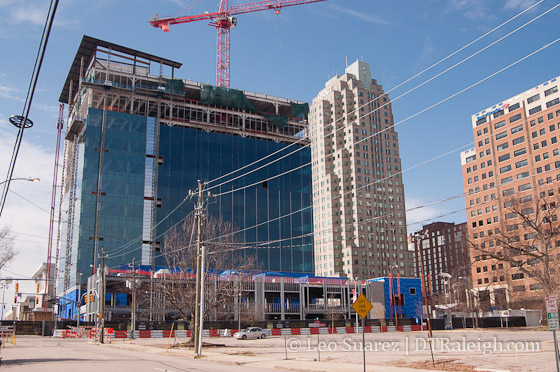 Here’s the view of Charter Square from East Lenoir Street. The glass going up has a nice blue and green, kind of aqua-marine hue to it. The building should be done by this summer.