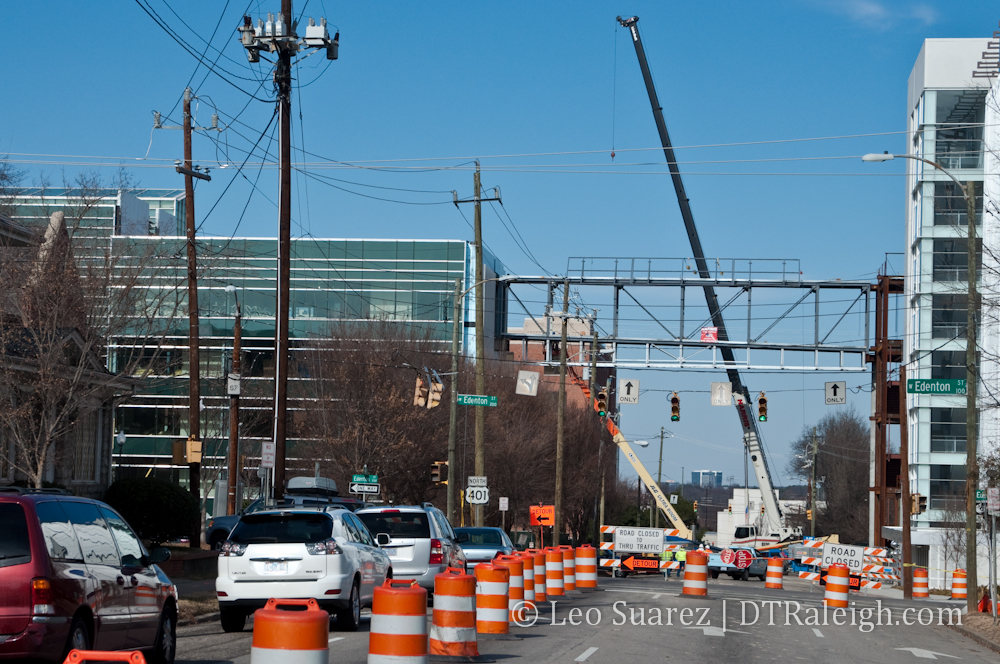 The Green Square project has been moving along steadily for over a year and hits its first milestone today with the 900 space parking deck opening up for use. From the Department of Administration press release:

the facility is the most energy-efficient deck in the Downtown State Government Complex, and one of the smartest examples of such construction in our state. Among the features that make the deck “green” are:
· LED lights, which consume one-third less energy and last four times longer than comparable fluorescent lights;
· A 20,000-gallon cistern will collect rainwater, flush it through an oil-water separator to remove debris, and store it until needed to irrigate state properties in downtown Raleigh;
· 23 electric car chargers for use by visitors and employees;
· Energy-efficient, lubrication-free elevators, which reduce maintenance and eliminate the need to dispose of hazardous waste;
· Design that maximizes use of natural light, which in turn reduces the need to burn those highly efficient LED bulbs; and
· Devices installed throughout the facility will track energy consumption and gauge savings.

Also another interesting note is that the first of two skyways is being built over McDowell Street. The section of the street between Jones and Edenton has been closed on weekends and is causing some traffic delays. Keep this in mind for the next few weeks as the skyway is not finished yet.