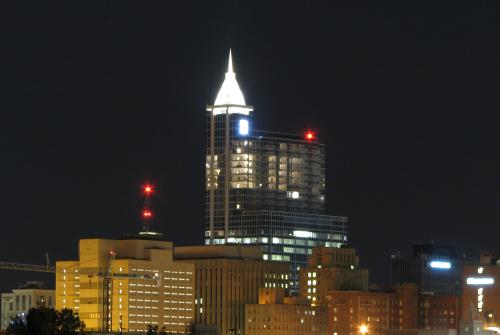 One year and a few weeks ago from now, the crown of RBC Plaza was lit up. There was good discussion on the blog that day so jump back in time and re-live it. Digging through my photo archives, I found lots of pictures of the tower under construction. Here is a small collection showing the tower grow from nothing to 500+ feet high. 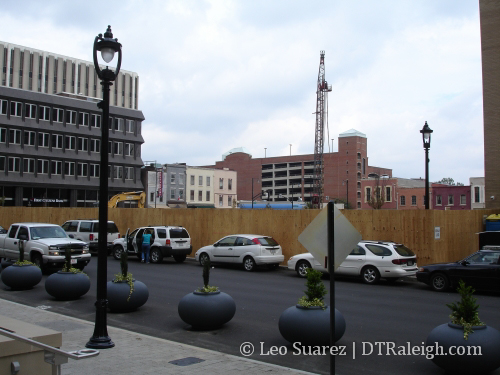 View of the construction site from Fayetteville Street on October 19th, 2006. 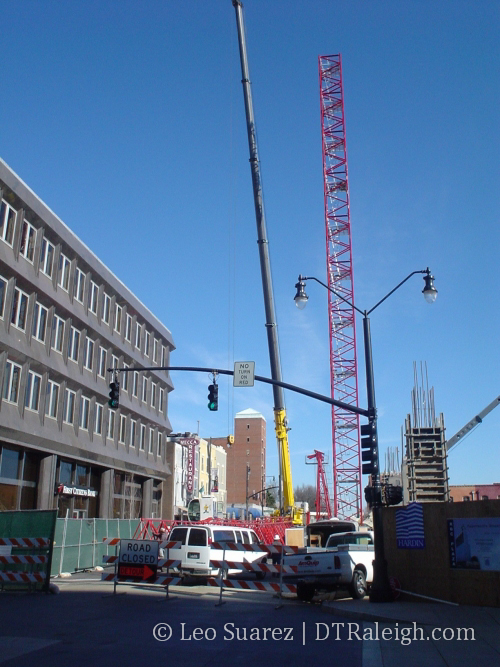 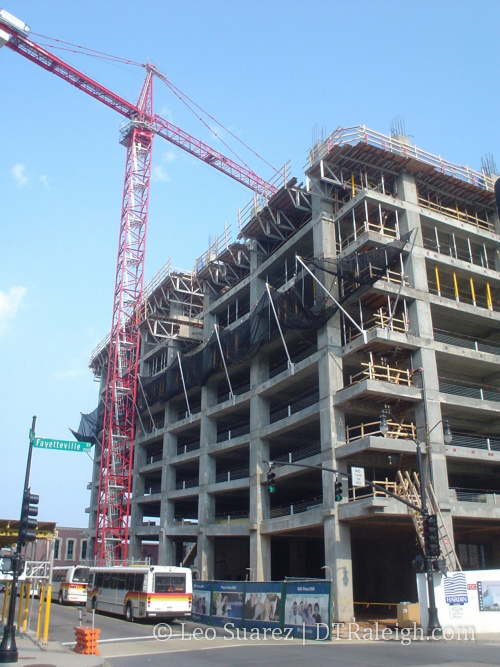 The lower floors for parking are under construction on June 26th, 2007. 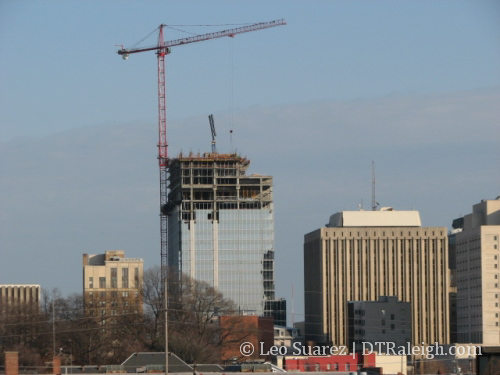 The building starts to make a dent in the skyline, showing its blue glass on December 12th, 2007. 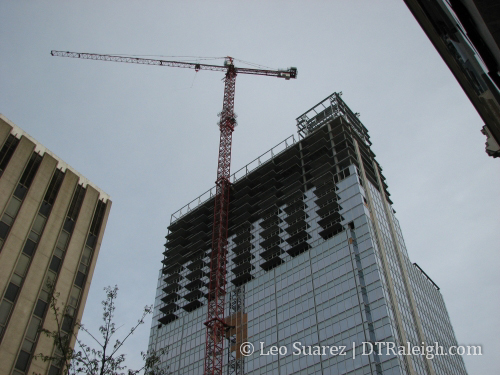 RBC Plaza has now topped out and more glass follows its way to the top on April 12th, 2008. 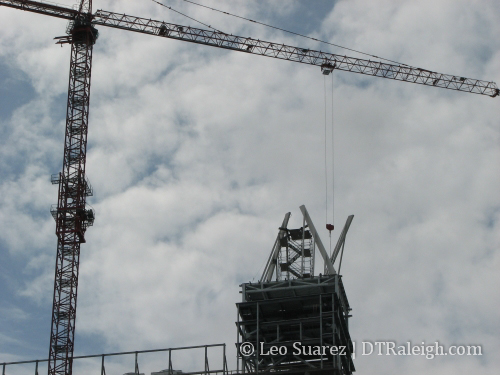 RBC Plaza now towers at the top of the Raleigh skyline.