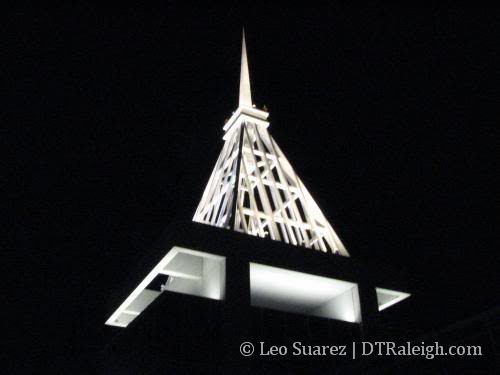 I agree with Scott Custer’s statement. The RBC Bank CEO and others lit up the spire last night at a ceremony on Fayetteville St. You may have been lucky to see it lit up a couple of times in the past but it’s now official; the RBC crown is now lighting up the nighttime skyline. It is the symbol of the private sector’s investment in downtown Raleigh.

When the crown is lit up, it is impressive. I think it will be Raleigh’s version of Atlanta’s Bank of America Plaza. The crown stands out at night, from Fayetteville St. all the way out to the beltline and hidden views beyond that. Until something taller comes along, this will probably be the center of most of our national exposure photos; TV shots during sports games, the next billion top 10 lists Raleigh makes, promotion items, etc. Whether visitors like it or not, I think a majority of them will remember the RBC crown and if they see it again outside of the city, they will remember that it is in Raleigh.

The bar has been raised, when will it be topped? 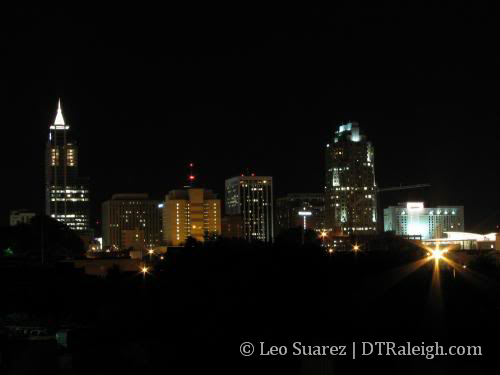