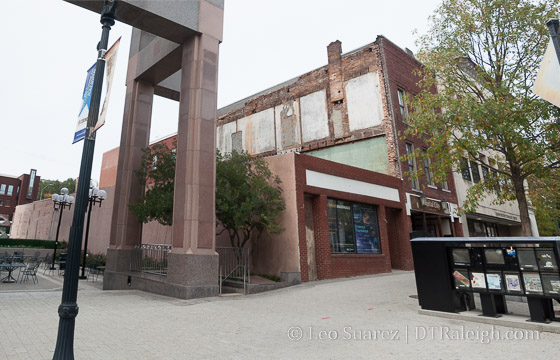 I hadn’t really thought much about what was going on at 114 Fayetteville Street until recently. I walked by and noticed that the second and third floors have been removed. In the last ten years this building has been tinkered with so much but produced nothing.

At one point, the facade was white with a different window layout. In 2006, the building was empty. 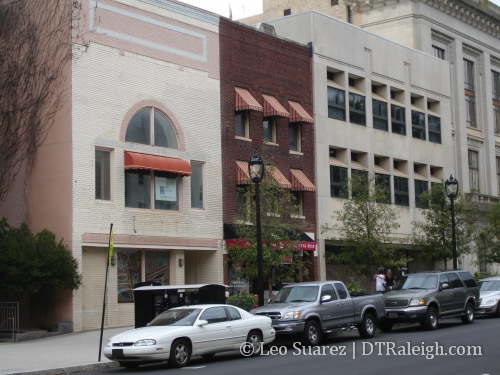 Then sometime in 2007, scaffolding went up, the bricks were painted red (or replaced?) and new windows went in. 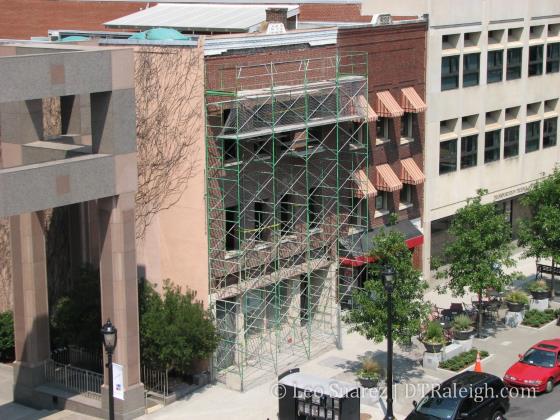 Which produced this look. Still, no occupants. 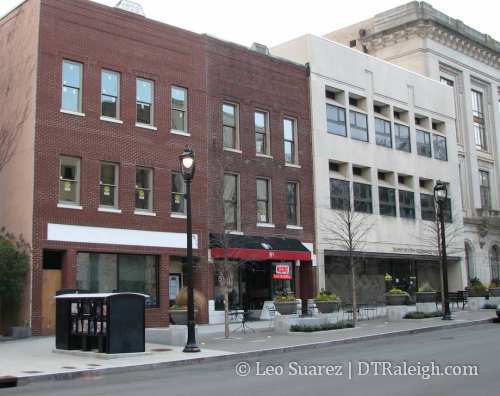 That didn’t seem to work and now 114 Fayetteville is a single-story building. What will happen next?

If you jump all the way back to about 1926, 114 Fayetteville Street was different back then too. At the time, an Eckerd’s Drug Store, in addition to other shops, occupied the bottom store. 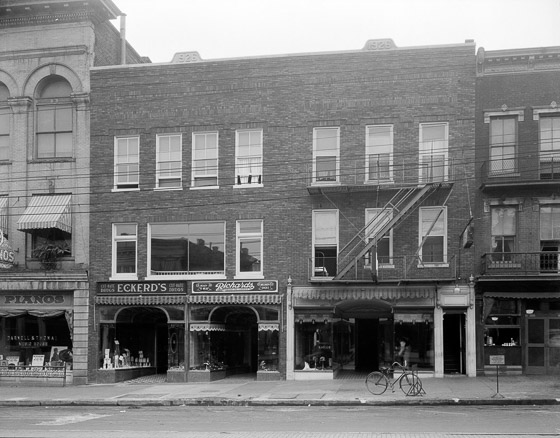 Photos of 112 and 114 Fayetteville Street comes courtesy of the State Archives of North Carolina. For digital copies of the image or any other historic photos, note the call number, and contact Kim Andersen at State Archives at 919.807.7311 or email to kim.andersen@ncdcr.gov

The Atrium is still not complete. It is actually in standby mode and there has not been work here in months. I do not know of what will eventually happen here but it is not looking good so far. Could this be another dead project?

Anyway, I wanted to highlight the facade change. Here are two pictures; a before and after sort of speak. I think they went from plain/boring to dull/”red brick again?” I’m sure they were just trying to match the 112 property next door but instead failed miserably to create anything exciting.

How would you feel if 112/114 Fayetteville St. were torn down for something taller? 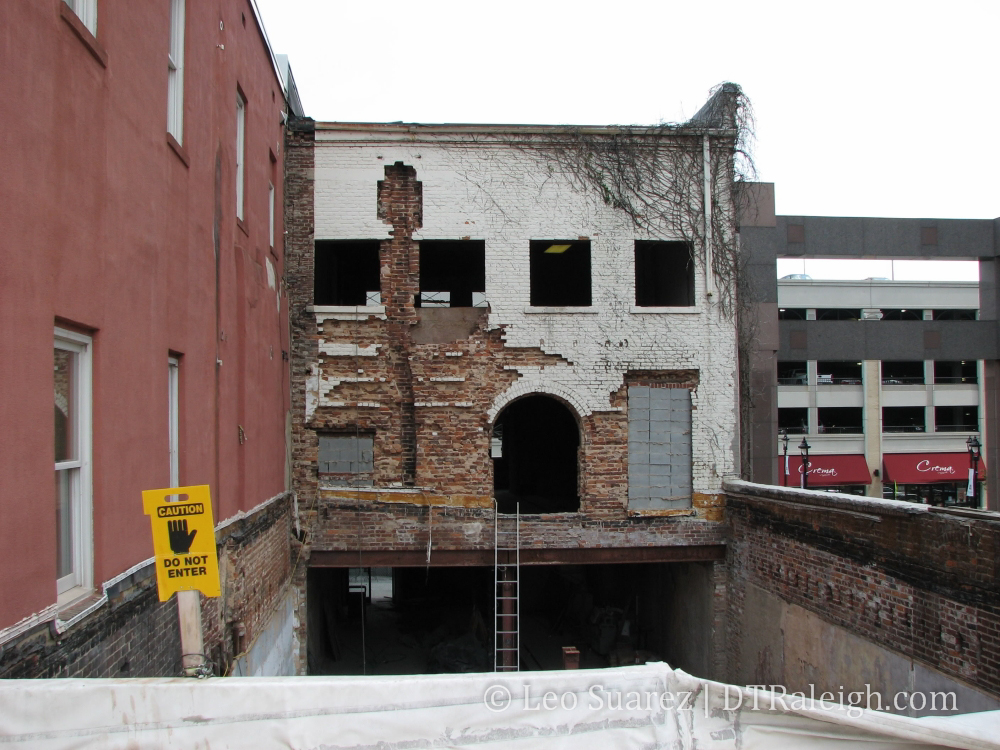 The Atrium consists of 112 and 114 Fayetteville St. Plans for this building are to expand the Fayetteville St. Tavern and renovate the top two floors into condos. There are six condos total at the two addresses; not much but they offer a more historical style compared to the newer condo buildings around downtown.

This project has been a slow one. Construction has been on-going all year and little progress has been seen until recently. The white bricks have been coming down and are being replaced with red bricks with the intention to match the adjacent building facade. There is still a lot to be done but here is what the building looks like so far. 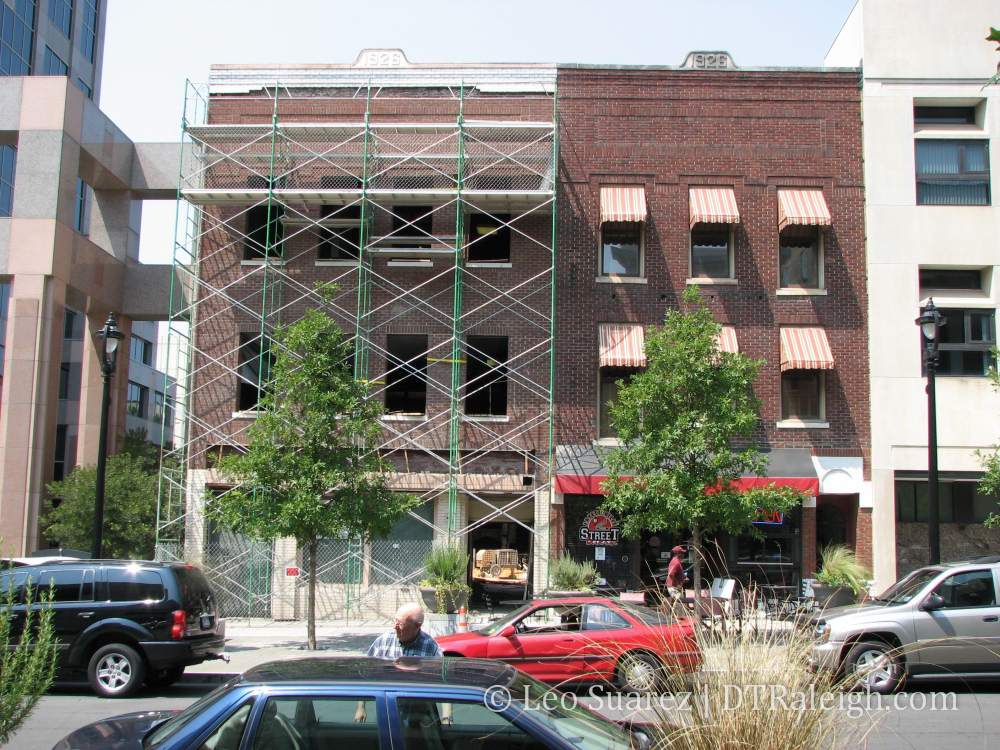 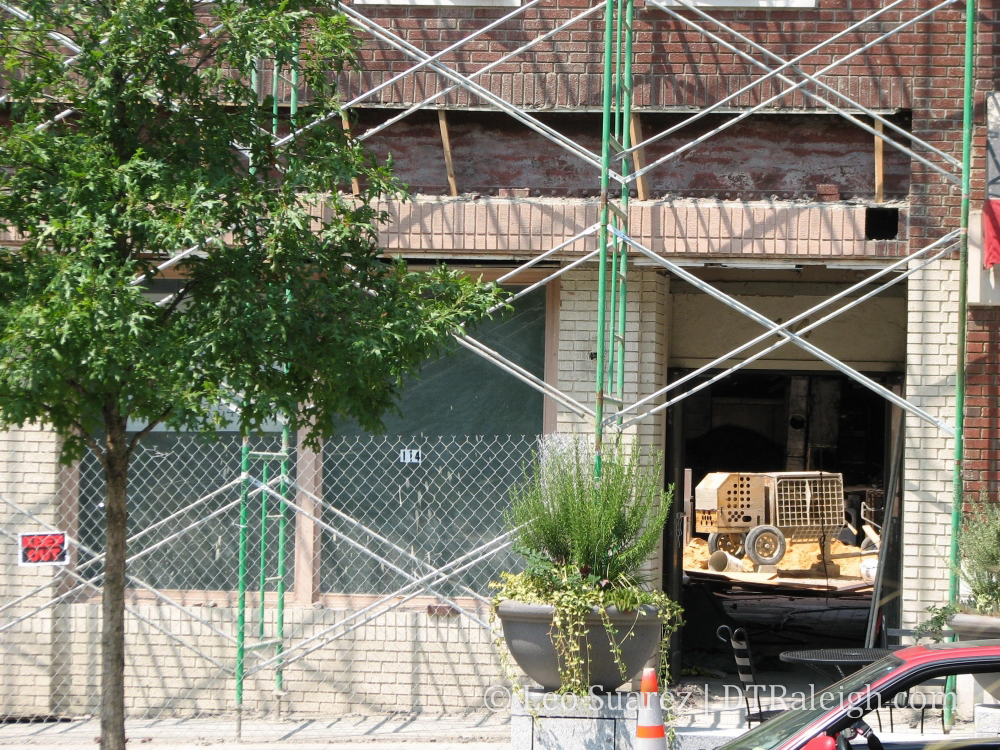 Old white brick is being replaced by new red brick 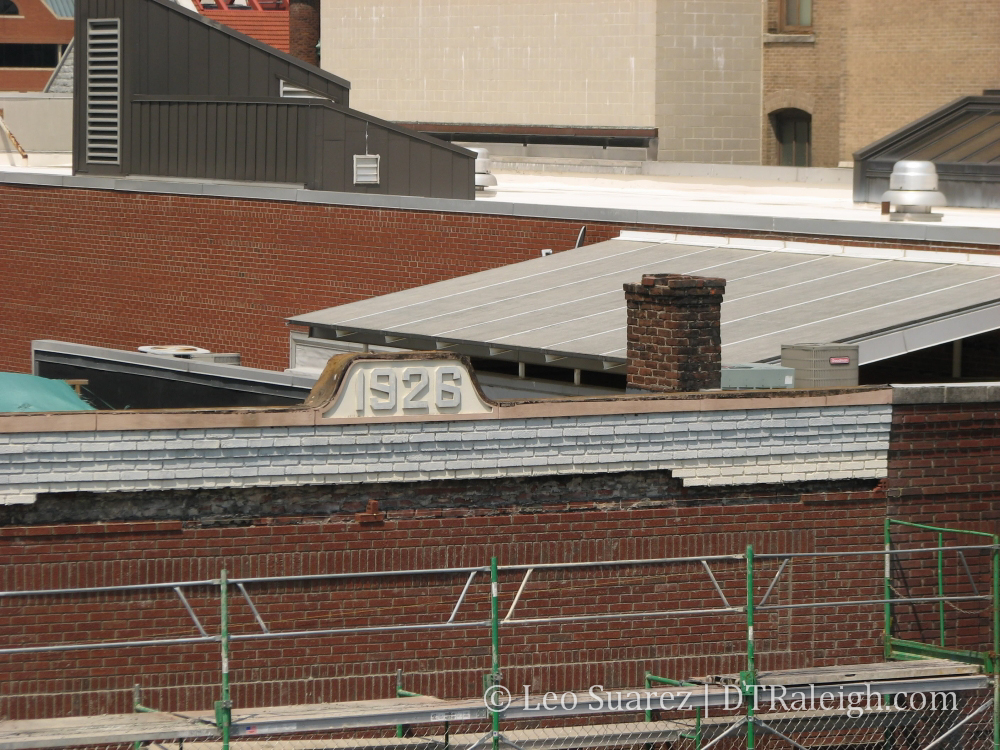