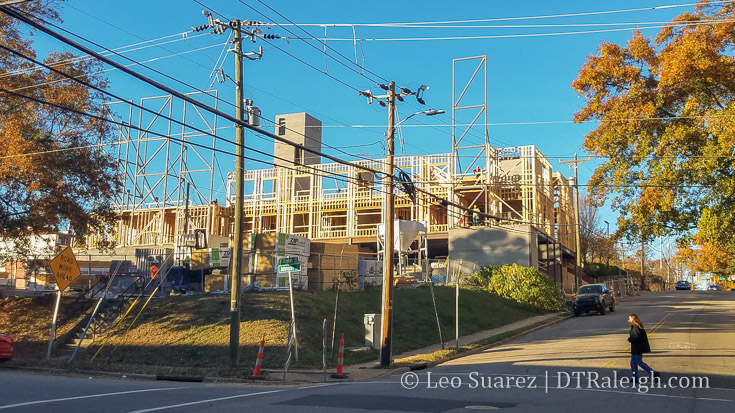 The construction site at Boylan Flats is really moving now. The 48-unit apartment building on the 600 block of North Boylan will most likely finish sometime next year.

I wonder if those south facing units may one-day be just a few feet away from a future development on the corner of Boylan and Johnson. That may just be a risk when building a narrow development mid-block with interior windows I guess.