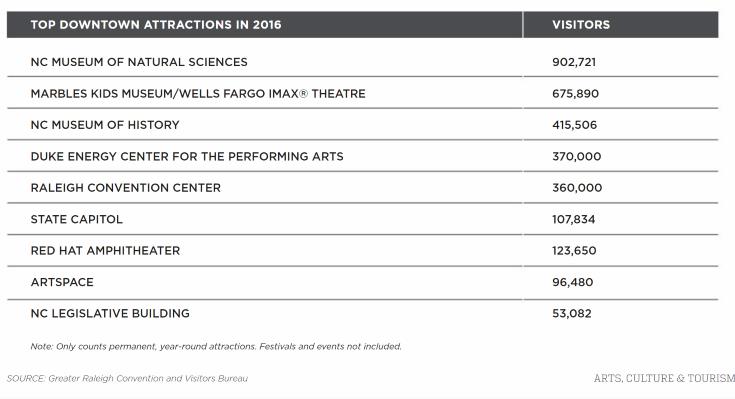 Our final “visit” to the 2017 State of Downtown Raleigh report focuses on visitors and retail. Jump back to this tag to review some of the other things discussed from this year’s report.

The above figure shows the top attractions in downtown Raleigh. For years, the NC Museum of Natural Sciences (NCMNS) has been at the top of the pack. It doesn’t hurt to have a state-wide draw, putting it in the top visited sites in the entire state.

Tourism in general depends on how you look at things. Since Fayetteville Street opened, 2007, the numbers have gone up by 36%. There seems to be a peak in 2012 with things leveling off more recently.

With the Nature Research Center opening as part of the NCMNS in 2012, that could explain the bump in that year. It may have “cooled off” after opening leading to the decline. In recent years, there hasn’t been any major openings or attractions to really ramp up visitors, ones that count the crowds anyway.

With events growing more and more, and numbers not reported in this figure, that, as well as other factors, may be at play here.

On the retail front, the report states a 28% increase in shops since 2010, most being independently owned. 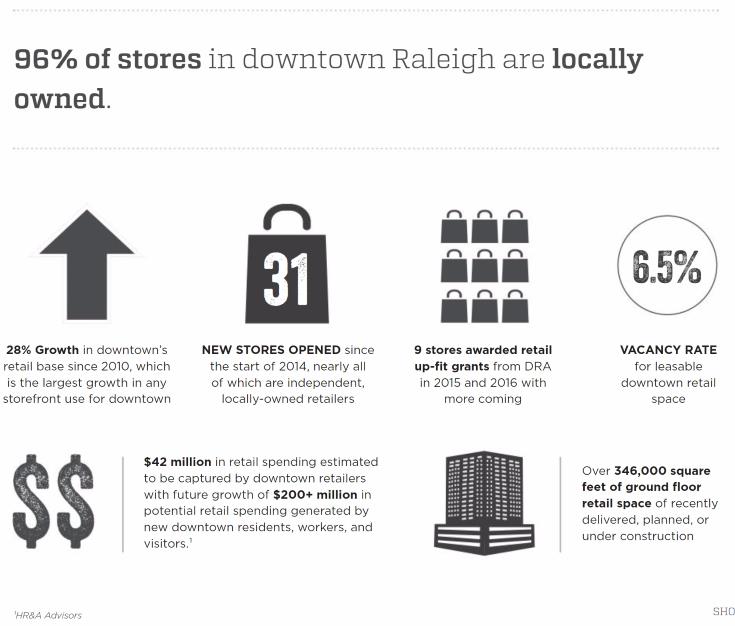 At 96% local, you won’t see me complaining about a national retailer setting up to create an “anchor” for more increased traffic. I feel we have plenty of room for something bigger to come in and really inject more retail spending in downtown.

There isn’t anything too exciting with these figures but that could change once we hit that magic threshold that enables the big box stores to seriously consider downtown Raleigh.