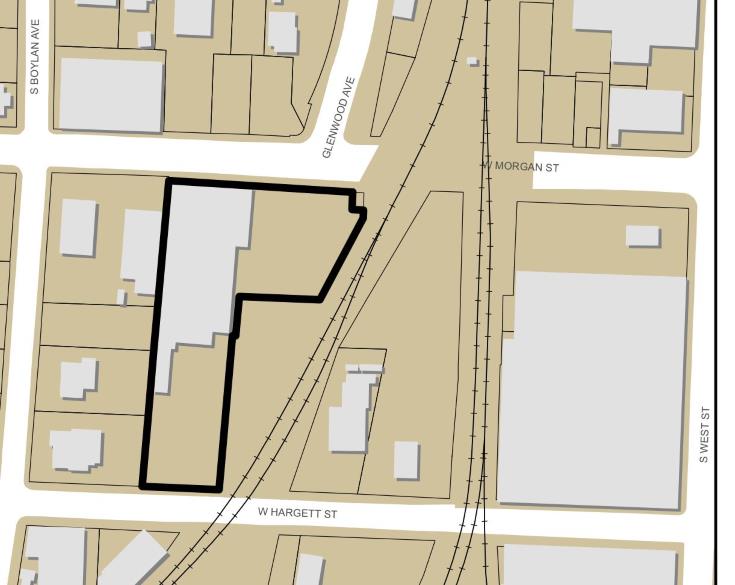 More plans for development aimed to support One Glenwood have been posted. Site plans for what is called Two Glenwood were submitted to the city for a parking deck and 150-room hotel. Built as part of two phases, the deck will come first with the hotel following.

The image above shows the floor plan of the new structure. The parking deck and hotel are actually a smaller portion of this lot. Along Morgan, a 7-story parking deck is planned with 800 spaces. Retail space is also shown in the plans below the hotel.

However, the narrower portion of the lot facing Hargett will be used as surface parking and what looks like another entrance to the parking deck. There’s a side note on the plans that the surface parking lot is being saved for a possible future development.

From our look back at One Glenwood in July of this year, these plans confirm the loss of the warehouse where Shelton’s Furniture is currently located.

With all this activity happening at the southern end of Glenwood Avenue, I wonder if One Glenwood and Two Glenwood could be the “bookend” that Glenwood South needs, possibly extending the district?

Last, I’ve included one of the maps from the site plan as well as a surround shot of the area and more photos. It’s sure to look very different here over the next few years.