This week, a site review (SR-045-16) was submitted for One Glenwood, a mid-rise planned for the southern end of Glenwood between Morgan and Hillsborough Streets. This would be on the western side of Glenwood Avenue as shown in the below graphic. The new building will take up four existing properties. 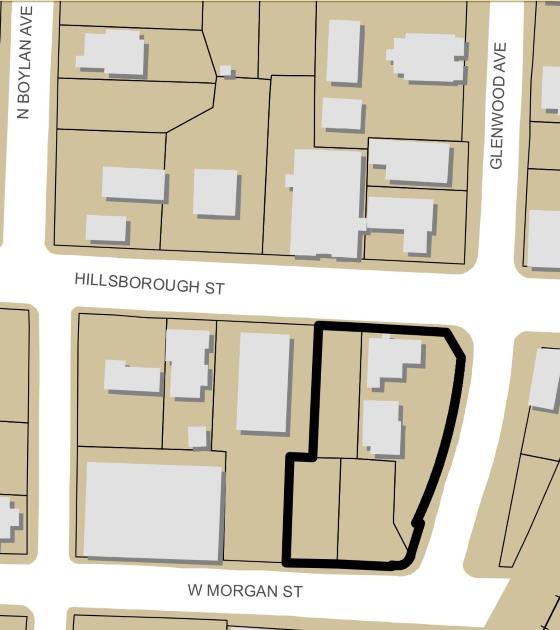 The building will be mixed-use with office space over retail. The site review description mentions an 11-story building but the next page shows the height being 155 feet at 10 stories with over 242,000 square feet of space. There will also be no on-site parking according to the plans.

The developer is Glenwood HPI and the architect is J Davis Architects.

Looking at the site plan, the ground-floor plan shows some generous retail spaces. The center of the building would contain a lobby with two retail spaces on each side, one facing Hillsborough and the other at the corner of Glenwood and Morgan. The modified image below shows the lobby in yellow and the retail in orange. The Morgan/Glenwood retail space also has covered outdoor seating. 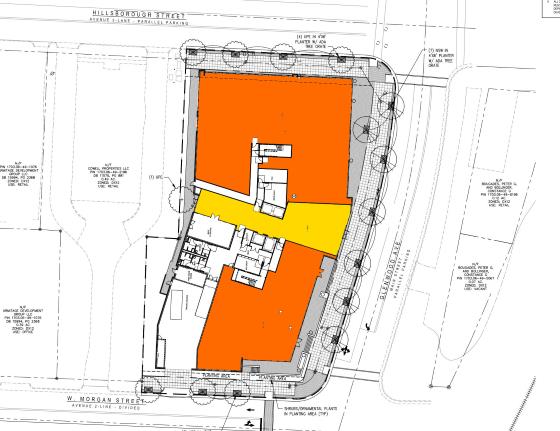 Parking for this development is planned to be through a new deck built facing Morgan Street. This has been reported before. However, in this site review plan, there is a piece on the site plan that states:

Staring into downtown on Morgan Street. One Glenwood will be to the left and a new parking deck (and hotel?) to the right, July 2016

It evens indicates parking spaces in front of said hotel for “check in, valet and taxi.” More to come on that in the future? We’ll see I hadn’t heard of this hotel before.

No renderings are shown so I’ll end with this one that was released earlier this year. 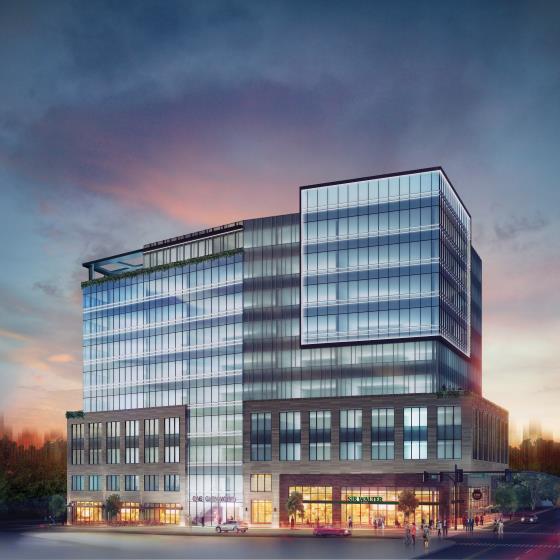 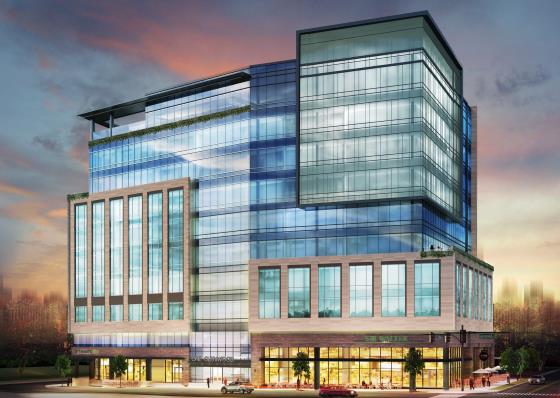